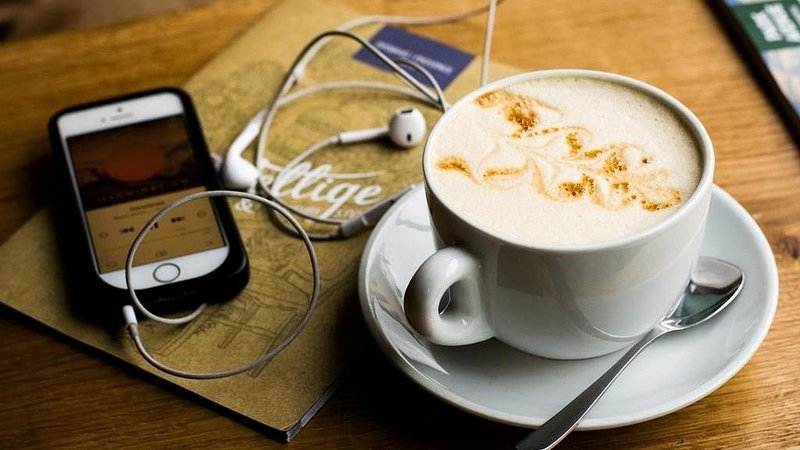 Podcasts are, as you've likely heard a few times already, having a bit of a moment. As an insatiable podcast junkie, here are some of my favourites.

My main podcast app - I use three of them, don't ask - suggests that I've listened to an almost unbelievable 217 days of podcasts since the 5 August 2015.  I subscribe to some 131 podcasts in total right now, and much like the days of listening that's a number that's set to go up, up, up... It's safe to say that my partner doesn't love my podcast obsession, and has grown rather tired of the phrase "Sorry, what was that? I was listening to a podcast."*

*Do note that I don't sit around listening to podcasts in social situations, but when cooking, cleaning, walking the dog, commuting, showering, popping* to the restroom at work, in the gym, grocery shopping, writing.. I have a problem.

*Double Ps there, not Os - an important distinction.

With that, let's get cracking with this first recommendation article, which will focus on true crime podcasts. There are seemingly thousands of them out there, but far from all are worth listening to..

Produced by The Australian, Teacher's Pet takes a deep dive into the 1982 disappearance of mother-of-two Lynette (Lyn) Dawson from New South Wales, Australia. The podcast is hosted by award-winning journalist Hedley Thomas, who openly believes Lyn's husband, Chris Dawson, to be behind her disappearance. Chris Dawson is a former professional rugby player and high school PE teacher, who also had an affair with one of his high school students at the time. She moved into the Dawson home within months of Lyn's disappearance, and would later marry and divorce Chris.

From the creators of Crimetown, another of my favourite true crime podcasts, the RFK Tapes is a documentary series that takes a fresh look at the 1968 assassination of Robert F. Kennedy - the younger brother of John F. Kennedy. It explores the case against convicted murderer Sirhan Sirhan, who was arrested at the scene gun in hand, and the many conspiracy theories suggesting his innocence.

At the face of it, Root of Evil explores the 'Black Dahlia' murder of Elizabeth Short in 1947. A truly gruesome crime, I'll leave the details of it out of this short summary, as what makes this podcast interesting goes far beyond the core crime.

The podcast is hosted by sisters Rasha Pecoraro and Yvette Gentile, the great-granddaughters of the main suspect in the murder case. Root of Evil delves into their strange, dark family history, relying on interviews, diaries, court cases, and old voice recordings. It's a truly gripping story, but not for the faint of heart.

There are two seasons of Monster, each focusing on a different case. In season 1, host Payne Lindsey explores the Atlanta child murders of 1979-1981, which saw the disappearance of some 28 children, adolescents, and adults. The second season follows the Zodiac killings in the 1960s and 70s - with up to 37 victims, to the exact numbers is not known. Tenderfoot TV, one of the companies behind the series, and Payne Lindsey, tend to have a slightly dramatised toned - this may not be for everyone, but the content itself makes it worth a listen.

In Dirty John, award-winning journalist Christopher Goffard unravels a net of lies, deceit, and abuse spun by John Meehan. Meehan charmed successful business woman and interior designer Debra Newell after contacting her through an online dating website. All was well at first, but Newell's family never quite liked John - himself a successful doctor who had just returned from spending a year in Iraq with Doctors Without Borders. Things quickly turn dark, and after the show's conclusion Meehan would be killed by Newell's youngest daughter, who acted in self-defence as he attempted to kidnap her.

This is a masterfully told and highly disturbing tale.

Other true crime podcasts worth a listen.

Other podcasts in the genre that I have enjoyed include, Dr Death, Crimetown, Public Official A, Serial, Uncover (season 1), and Breakdown. Also worth mention but not quite to my taste is Someone Knows Something and Up and Vanished - the latter is also hosted by Payne Lindsey of Monster, but I find both the style and content somewhat sensationalist.

Once you've listened to a few of these - and particularly if you do go ahead an listen to Up and Vanished - I would recommend giving A Very Fatal Murder a listen. It's a spoof of the genre made by satirical newspaper The Onion.

Finally, while not quite of the same style, I would also recommend Detective (season 1) and the absolutely fantastic Ear Hustle. The former features interviews with retired detectives who talk about their job and specific cases, while the latter is produced inside San Quentin State Prison and explores life behind bars.

Don't tell my partner, but I've got several more podcasts on my list of shows to give a listen to:

While one of the biggest shows out there, I would avoid Sword and Scale. While some episodes are interesting, the show and host are both of questionable character. It relies heavily on recordings of 911 calls and suspect interviews, and has on occasion received criticism from family members and survivors who explicitly asked now to be featured on the show yet were ignored. The show's host has also been embroiled in a fair bit of drama following highly sexist and discriminatory public statements.