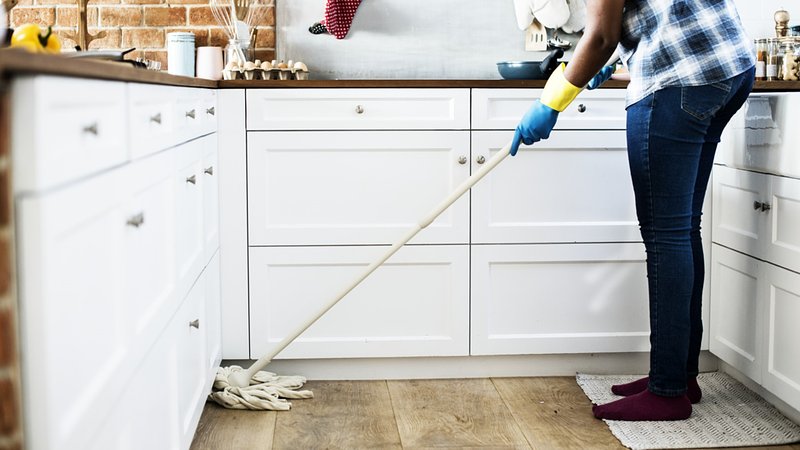 LUXEMBOURG-VILLE -- A big-hearted couple from the capital have rewarded their loyal and hardworking cleaning lady with an unprecedented raise of 25 cents per hour.

Peter and Mirjana Hansen, who own a four-bedroom house in Cents, delivered the news to their employee on Friday afternoon as she was hunched over and pouring out a bucket of grey water into the driveway.

“Cleaning lady, please stand before us,” said Mr. Hansen, his wife at his side. “You have faithfully served this household for five years, performing your tasks discreetly and without complaint.”

“I admit that when we you first showed up at our doorstep in response to our ad, I was reluctant to pay you 12 euros per hour, which seemed an extortionate sum, especially considering that when we lived in Athens the going rate was closer to six euros per hour,” said Mrs. Hansen. “I feared that such a generous starting wage would make you lazy and greedy, and that it would offer little incentive for you to work hard.”

“I’m pleased to report that I was wrong,” she continued. “More often than not you have met our expectations.”

Aware that the cleaning lady’s ego must not be inflated too much, Mr. Hansen pointed out that her performance did leave some room for improvement.

“At times your ironing is less than satisfactory, and I am referring to the five or six times that I have found traces of wrinkles underneath the collars of my work shirts,” he said. “Also, it did not slip my notice that on March 18, 2016, you neglected to clean the underside of the toilet in the kids’ bathroom.”

“That said, I am confident that in 2019 you will make a serious effort to avoid such oversights,” he continued. “And to demonstrate our faith, we have decided to grant you a raise.”

“We hereby increase your hourly wage to 12 euros and 25 cents,” Mrs. Hansen said. “Effective next month.”

“And if everything goes well, we’ll consider giving you another raise in a mere five years’ time,” Mr. Hansen said.

Still wearing rubber gloves, the cleaning lady, 56, took the hands of her employers.

“Oh kindly sir and madam, I’m not worthy of your beneficence,” she sobbed before breaking into her native tongue -- a language about which her employers have never bothered to inquire. “I’m but a humble cleaning lady who considers herself blessed to serve such a fine household.”

Mrs. Hansen patted the woman’s arm and reminded her to spend extra time on the spare bedroom in preparation for the arrival of guests.

Sources indicate that with the extra euro per week, the cleaning lady plans on saving up for a few years to afford a dream trip to Echternach.