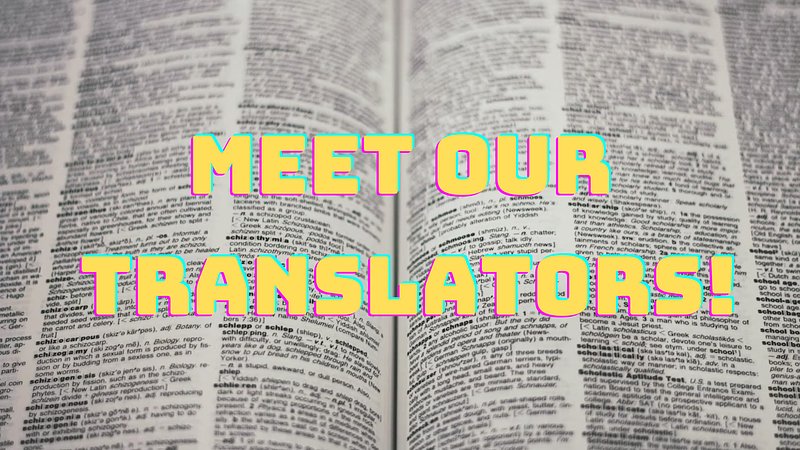 You know we at RTL Today love us a good nice (inter)national day to celebrate and today we are shining a spotlight on some very important people: our dear RTL Today translators!

Without them, the show we call our website would not be running smoothly. Or let's be completely honest, it would not run at all. Twice a day they are here to translate the latest Luxembourgish news for our English community.

And while they deserve all praise in the world all day every day, today on World Translation Day we'll put them on a proper pedestal by introducing them one by one. (Or rather they'll introduce themselves.) 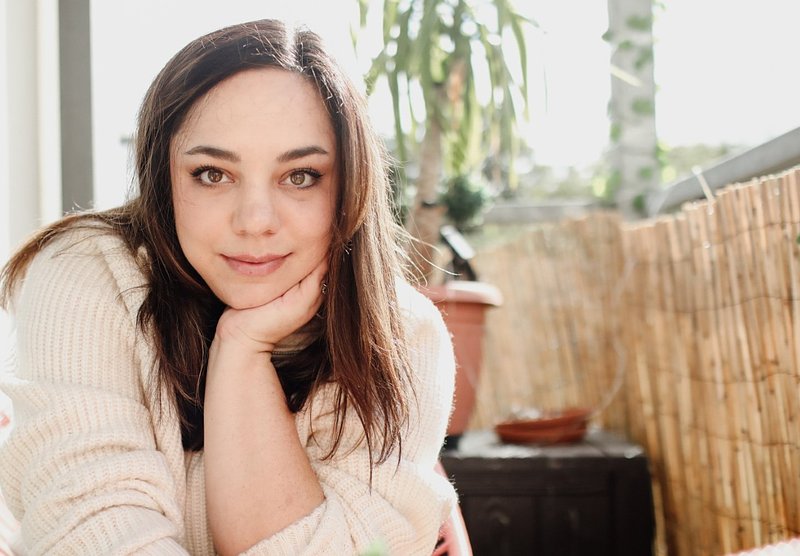 I'm a 34 year old British mum of one, formerly of Steinsel, with a dusty old English literature degree and a healthy appreciation of language in all forms! I first joined RTL Today in 2019 as a translator - however, the relentless onslaught of global crises since then has led me to adopt some editor duties as well. When I'm not unravelling tricky translations or wading through world news, I like to read, take photographs, cook elaborate meals that my kid won't eat, and plan days out to random places I saw on Instagram.

Ian - our very own techno doctor 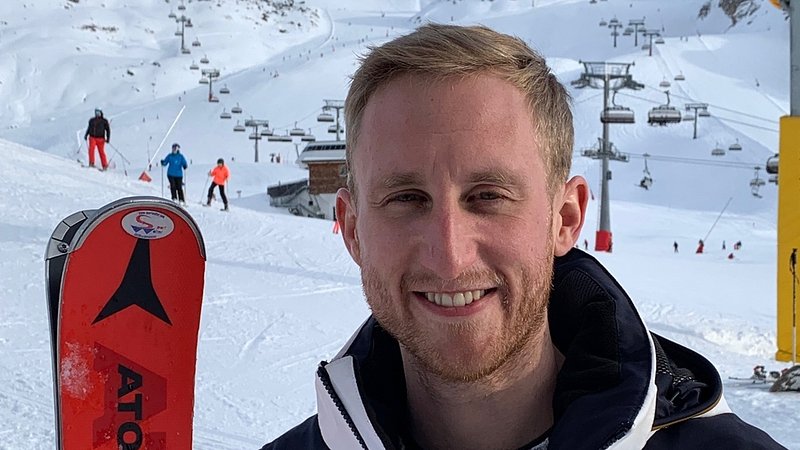 I am a 28-year-old student from Heisdorf, currently living in Amsterdam and working on my PhD thesis on the subject of techno music. I started working as a translator and contributor for RTL Today about a week before the first Covid lockdown in 2020, which was definitely an interesting time to start working in the news sector (shout-out to my old study buddy Gerry Erang for connecting me to the team and thereby helping me to finance my unnecessary degree). To keep this brief, let me summarise the rest of my personality: black belt in Karate, bedroom DJ, and passionate home cook. 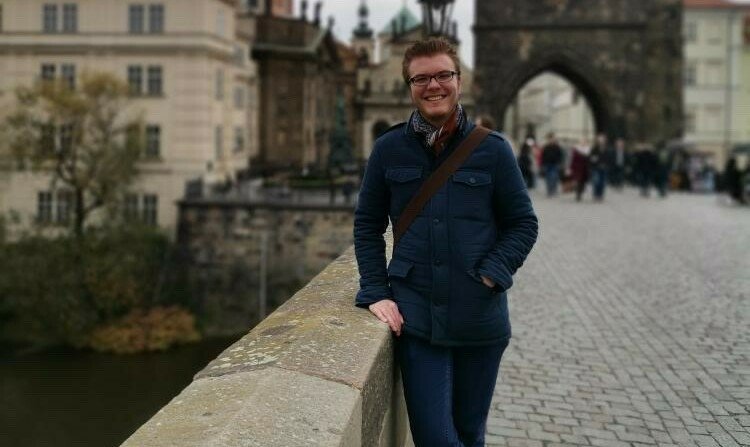 I was born in 1996 and grew up in the Moselle Valley in eastern Luxembourg. During my childhood and especially during my time at the secondary school in Echternach, I developed a passion for languages.

When I graduated from secondary school in 2016, my initial plan was to follow 'How to be a stereotypical Luxembourger 101' and become a teacher. I studied German language and literature as well as modern history at the university in Trier for three years but eventually realised that while I enjoy reading and writing books, I really did not enjoy writing lengthy theses *about* books.

I enrolled at the Translators' School in Cologne in September 2019 and finally became a state-certified translator in June 2022.

Besides being a translator, I am also a writer, specifically a poet. I wrote my first poems at the age of 16 and have since plagued the world with four poetry collections, one novella, and a book about a pilgrimage I did in 2019.

Maura - our very own resident historian 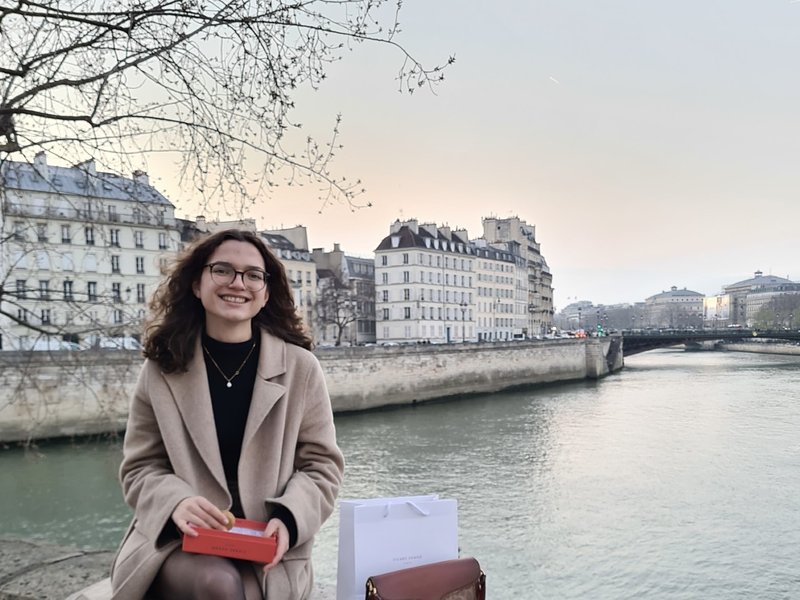 Maura Lehmann is our resident historian and joined the RTL Today team as an intern in August 2019. She grew up and went to school in Luxembourg before moving to the UK for her undergraduate degree.

She now specialises in East European and Russian contemporary history and is based in Berlin, but will be taking a few months off to tour India by train in Spring.

If you ever wondered what amazing Luxembourgish expressions you are missing out of because they are not translatable, what online translation services are realiable and why the town of Troisvierges seems to bamboozle our translators, we've got the answers right here!

For the occasion we asked our translators some topic related questions.

Can you think of your most embarrassing translation mistake?

Dani: Oh gosh, I am sure there have been plenty over the years but nothing stands out! I've definitely made errors which haven't been spotted until publication. Even the smallest mistake is embarrassing!

Ian: Thanks to a recent reminder from one of my favourite editors, I know that it must be writing "pubic" instead of "public" eye. Not to brag, but since it featured in a headline, the mistake even managed to draw out an "oh dear" from the big boss!

Tom: When I was still a student at the translators' school in Cologne, I once translated the English "recently" as "rezent" in German and everybody looked at me as if I had used a word from an alien language. As it turned out, while "rezent" is a very common word in Luxembourgish, it is almost unknown in German. It is in the dictionary, so technically this was not a mistake, but it is so rarely used in Standard High German that you can easily confuse most German speakers by using it.

Maura: Unfortunately, the most embarrassing translation mistake I’ve made was in person so I couldn’t even hide behind my screen and be done with it. I had just started my exchange semester in Paris and ended up telling the class how ‘excited’ I was about being there — at least that’s what I thought I had said. "Être excité" does not mean to be excited, it means to be aroused. It’s a pretty common mistake to make, but the fact that I was surrounded by these super serious historians with little to no understanding for subpar spoken French made it much worse than it actually was.

What is your favourite word or expression in Luxembourgish that is difficult to translate?

Dani: Something like "et huet gerabbelt"! It doesn't really work as a literal translation in English, but appears frequently in police or traffic articles when referring to collisions. Another one I like - one that's popular this time of year - is "rentrée". It perfectly encapsulates the post-summer vibe of returning to school or work after the holidays, but doesn't exist in English. Just "back to school" hasn't got the same feel, really!

Ian: 'Miess- an Erkennungsdéngscht’. Rolls off the tongue beautifully, has a touch of German precision, and makes me think twice about how to translate it every single time.

Tom: If people from the Moselle region had a particularly drunken night, some of them swear by the Kontercrémant as a means to mitigate the feared hangover. There is no literal translation into English as far as I am aware (Konter is basically "against" or "counter", as in "counter offensive") but the basic idea is that one more glass of crémant in the morning is supposed to help reduce the effects of a hangover

A similar concept also exists in German but for them, it is usually a Konterbier ("counter beer").

Maura: De Kéis hunn (literally: to have the cheese) means to have had enough. Another Luxembourgish idiom I love and interestingly come across more often than expected is ‘et war fir d’Kaz’ (literally: it was for the cat), meaning it was all for nothing.

Something that you still get wrong / still need to look up after translating hundreds of RTL articles?

Dani: Words like "zejoert" took me a while to get used to, as it wasn't something I'd heard in conversation before. Also, I always have to double-check the exact names for the government ministries. Fortunately, the government site shows all the official names in English, as some of them make no sense if you were to directly translate them. The "Minister of the Middle Classes", for example - I can imagine that being misinterpreted! I also always look up the exact names for entities such as OGBL, or any other acronym, because we feel it's important to clarify these for our readers, particularly those who might be new to Luxembourg.

Tom: English translations of trade union/political party/association acronyms. And also the French names of Luxembourgish communes – we Luxembourgish native speakers never use those! This is a particular pain when the names are completely unrelated to each other (my favourite example is always the town of Ëlwen, the French name of which is… Troisvierges)

Maura: Luxembourgish village and municipality names. Who decided that Ëlwen translates into Troisvierges??

French or Luxembourgish articles to translate?

Dani: French should theoretically be easier because the word formations are somewhat closer to English. However, if it's a case of transcribing, for example, during a press conference, I'm much happier translating from Luxembourgish. It just seems to flow better when spoken. It's also a lot slower than spoken French, so my brain doesn't need the extra few seconds to catch up!

Tom: Both are definitely challenging in their own ways. But since I've been trained as a German <> English translator, I'd say Luxembourgish simply because it shares so many similarities with German.

Maura: Probably the French ones because they’re more concise, but, at the same time, they use many sentence fillers and editorial comments. However, the Luxembourgish articles are published first so I end up translating a lot more from RTL than 5 minutes.

Dani: You just can't trust Google with Luxembourgish. Once I showed my husband a Google Translate version of an article which featured the word "Pompjeeën" numerous times, which Google had helpfully translated to "pumpkins". Think along the lines of "Pumpkins from Mersch arrived to put out the flames." "This is why I have this job," I said.

In theory of course we are not meant to rely on other translation services, but every now and then we do need other resources...

Ian: This may sound like a lie, but neither, honestly. Seeing an automated translation always makes me doubt myself more than it helps. So, I really avoid using them altogether.

Tom: As far as machine translation tools are concerned, DeepL is leagues above Google Translate. However, if I may throw another hat into the ring, I'd still argue that both look very old compared to the good ol' human noggin… ;)

Maura: DeepL forever and always. I love that it gives you synonyms and alternative sentence structures, but then again I haven’t used Google Translate since discovering DeepL. Consider me somewhat of a loyalist.

Dani: Lod.lu of course! It's recently been updated too. I reckon I consult it at least once a week!

Ian: LEO, for sure! Has been my best friend since high school, I will probably need grief counselling if that dictionary ever goes offline.

Tom: I have a whole bookmark folder just for different dictionaries and databases, but the one I probably use the most is Linguee. Reverso is also very good though. And I have to include a very special honourable mention for our very own Luxembourg Online Dictionary (LOD), of course!

Maura: My favourite English online dictionary is Merriam Webster. For German, I use Duden and Larousse for French.