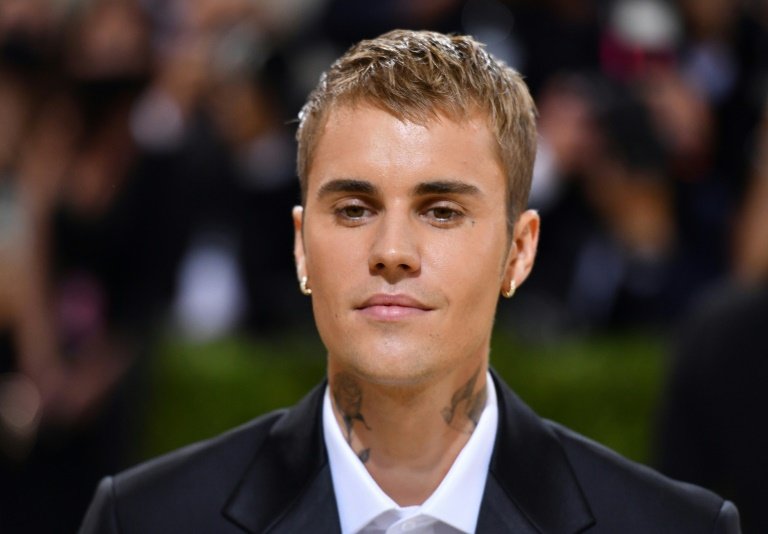 He probably never expected it, but Canadian pop star Justin Bieber has found himself at the heart of an ideological row between Saudi Arabia and rights activists that could rumble on for years.

The "Love Yourself" singer's decision to perform at this week's inaugural Saudi Arabian Formula One Grand Prix, while undoubtedly lucrative, has not come without a cost as campaigners urge him to cancel in protest at Riyadh's human rights record.

Bieber, 27, is scheduled to appear in front of an audience of thousands at Sunday's post-race show in Jeddah which also features superstar French DJ David Guetta and American singer Jason Derulo.

Criticism of the concert follows similar reactions to other high-profile events in Saudi Arabia, which is trying to soften its conservative image and diversify its oil-reliant economy.

Leading the calls for Bieber to cancel is Hatice Cengiz, fiancee of Saudi journalist Jamal Khashoggi, whose 2018 murder inside the Saudi consulate in Istanbul prompted international outrage. 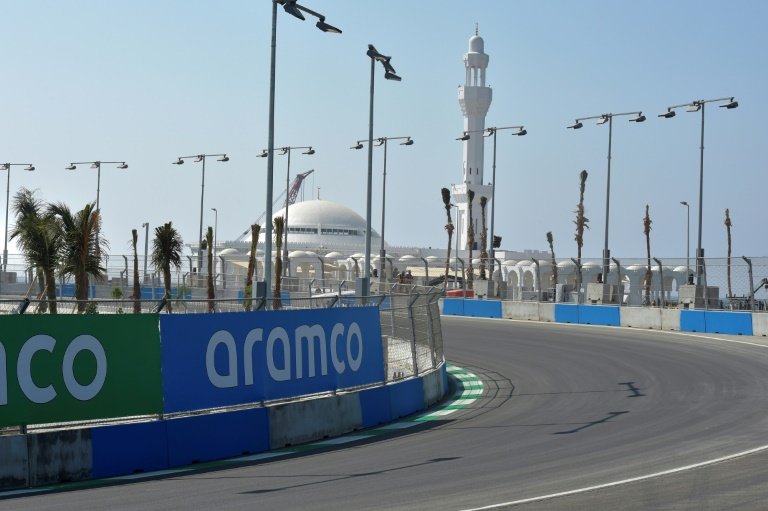 The Jeddah Corniche Circuit that is to host the Saudi Arabian Grand Prix in the Red Sea resort, seen on November 28, 2021 / © AFP/File

"This is a unique opportunity to send a powerful message to the world that your name and talent will not be used to restore the reputation of a regime that kills its critics," Cengiz told Bieber in a Washington Post op-ed.

The campaign has gained attention, with the hashtag #WTFJustin circulating on Twitter and a plane with a banner reading "Why is Bieber singing for Saudi killers?" flying above last month's American Music Awards in Los Angeles.

Bieber is yet to comment but world champion Lewis Hamilton and other F1 drivers, who are increasingly vocal on social issues, are unlikely to be reticent this week on rights abuses. 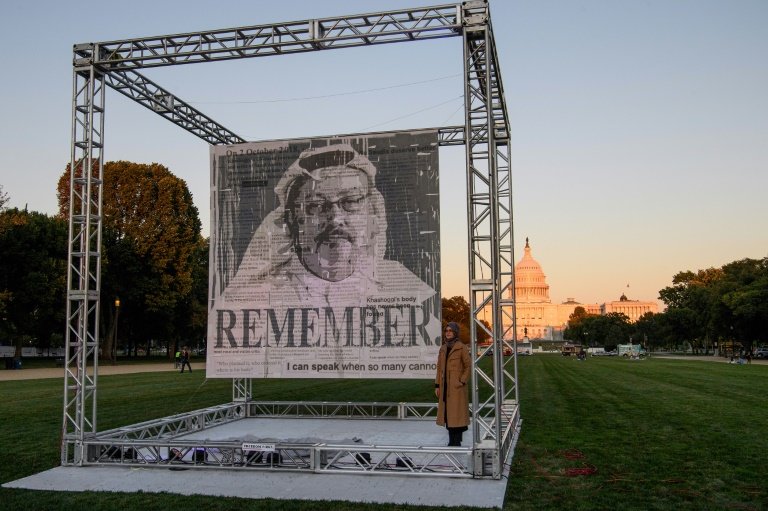 Turkish writer Hatice Cengiz, fiancee of Saudi journalist and dissident Jamal Khashoggi, poses next to his portrait in Washington during an October 1, 2021 ceremony marking the third anniversary of his murder at the Saudi consulate in Istanbul / © AFP/File

The conservative kingdom has made reforms, including allowing women to drive, but its crackdowns on dissent, rejection of the LGBTQ+ community and high number of executions frequently raise the ire of campaigners.

"It might just seem like Justin Bieber and an audience of people gathering to hear him sing," said Professor Simon Chadwick, a sports industry expert from the Emlyon Business School in Lyon.

"But the reality is that there are some complex issues underpinning much of what is happening in Saudi Arabia this weekend, including who sings there and who drives there."

Other Formula One hosts including Azerbaijan, Bahrain, China and Hungary have been accused of 'sportswashing' -- using sport to divert attention from abuses -- but the debate is particularly heated around Saudi Arabia, partly because of Khashoggi. 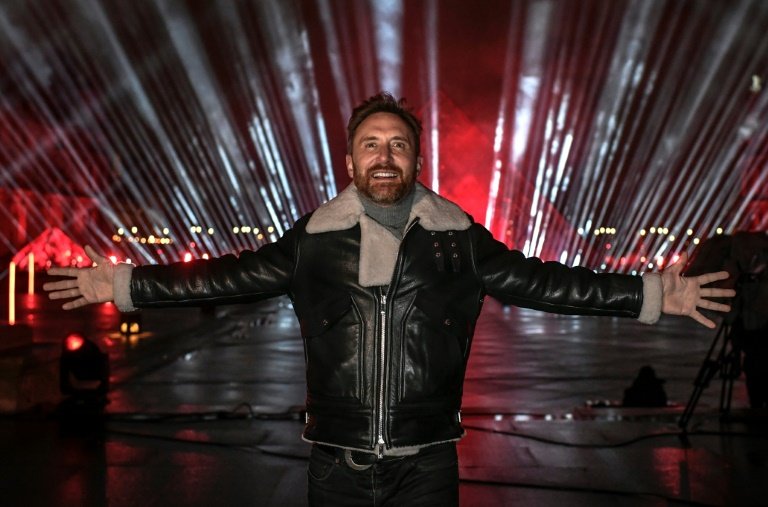 French DJ David Guetta poses on the stage set up for his 2021 New Year's eve livestream charity concert "United at Home" in front of the Louvre Pyramid in Paris, on December 29, 2020 / © AFP/File

Rather than accept criticism and act on it, he said he expected Saudi Arabia to continue to use its tremendous oil wealth to attract sports and celebrities.

"The indication is that they're basically going to offer enough money to make these things offers you can't refuse," Dorsey said.

Chadwick said the Saudis would reject the charge of sportswashing, and would argue they are using sport to diversify the economy and create "positive social change".

Prince Khalid bin Sultan al-Faisal, president of the Saudi Automobile and Motorcycle Federation, said the country's leaders and people were its best advertisement, rather than Bieber.

"The one that (polishes) the image of the kingdom is not a singer, but its leadership and people," he told AFP in Jeddah this week.

But with the debate already intractable, Chadwick said Bieber's performance had become a focal point for both sides. 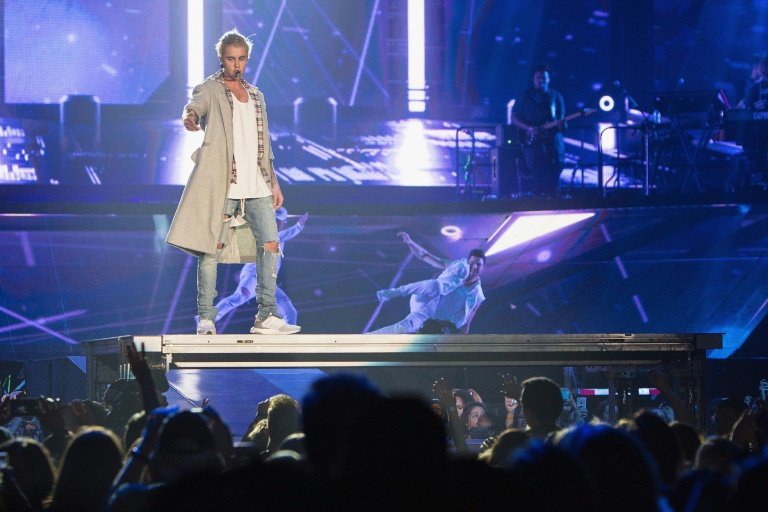 In this file photo taken on March 9, 2016, Justin Bieber performs on the opening night of the 'Purpose World Tour' at KeyArena in Seattle, Washington / © GETTY IMAGES NORTH AMERICA/AFP/File

"What many are immediately doing is weaponising, geopoliticising Justin Bieber. And essentially making him something that he's not. He's just a singer singing in front of an audience," Chadwick said.

"Justin Bieber on the one hand is going to be judged very harshly by liberals for going to Saudi Arabia," he added.

"But at the same time, if he wasn't to go to Saudi Arabia, then those from countries in the Gulf region and elsewhere in the world may well perceive (him) as being some kind of liberal ideologist opposed to what happens in these countries."

For Dorsey, Saudi Arabia's battle with its critics is not one that will go away, and will continue long after the F1 teams, Bieber and Guetta depart.

"Ultimately, I think this is a question of who has the longer breath?" he said. "In other words, can the Saudis just hold out until the people that are protesting get tired of it?"