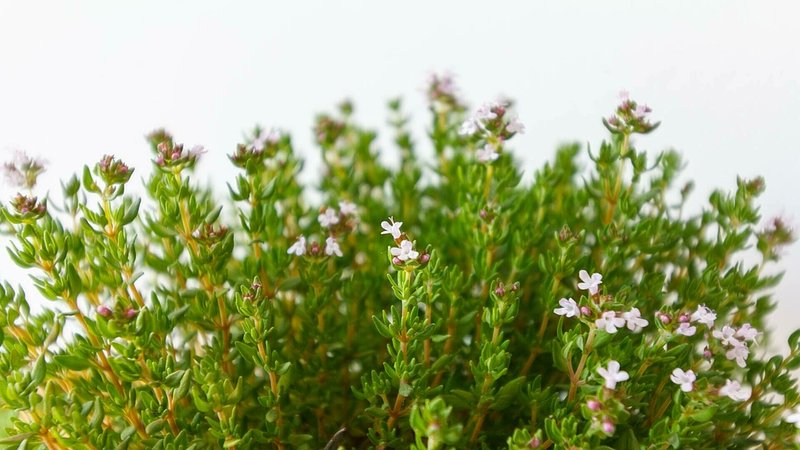 The great variety of herbs used in cooking can occasionally be a little overwhelming.

Once you decide to learn more about cooking, you will quickly notice that herbs are used in all kinds of recipes, from savoury to sweet, you name it. While they are great for enhancing flavours, adding freshness, or serving as garnishes, there are inherent differences between the types used in cooking. So, without further ado, here is a quick overview of do's and don'ts when it comes to using herbs.

The most notable thing you should be aware of before thinking about using any kind of herb is the difference between soft herbs and hard herbs. Former category unites more delicate plants, such as basil, parsley, mint, dill, chervil, coriander, or chives, while latter category centres around more resistant herbs, including rosemary, thyme, oregano, bay leaves, or sage. While hard herbs can easily withstand a fair bit of direct heat, soft herbs will not stand so much of it… hence the name.

Don't be afraid to throw a whole sprig of fresh rosemary or thyme into a piping hot frying pan, as both temperature and oil will help them release their flavours. Do it towards the end of the process, or shortly before adding any potential liquids. The heat resistance only goes so far, but if you time it right, you'll end up with a great result. To get a small impression of the effect, you can simply hold a sprig of rosemary, under hot tap water for a few seconds, and you will almost immediately notice how it releases its smell into the air.

Extreme heat is not always necessary when using hard herbs. Do try to incorporate them into long-simmering sauces or stews for equally great results. Only in this case, I would recommend removing them towards the end. Simmered rosemary, especially, has a rather unpleasant texture, and most of the flavour you're after has dissolved into the liquid anyways. Don't be afraid to cut your losses when the time has come!

Naturally, in all these processes, you can combine several different herbs. Rosemary and thyme are classics for flavouring meat, while rosemary and bay leaf are the usual choice for soups and stews. Do try them out and see for yourself which one speaks to you the most! Similarly, there are classic pairings between hard herbs and proteins: sage and pork, thyme and salmon, or rosemary and beef. Don't shy back from experimenting in this area. As long as you replace one hard herb for another, there is not really that much that could potentially go wrong… 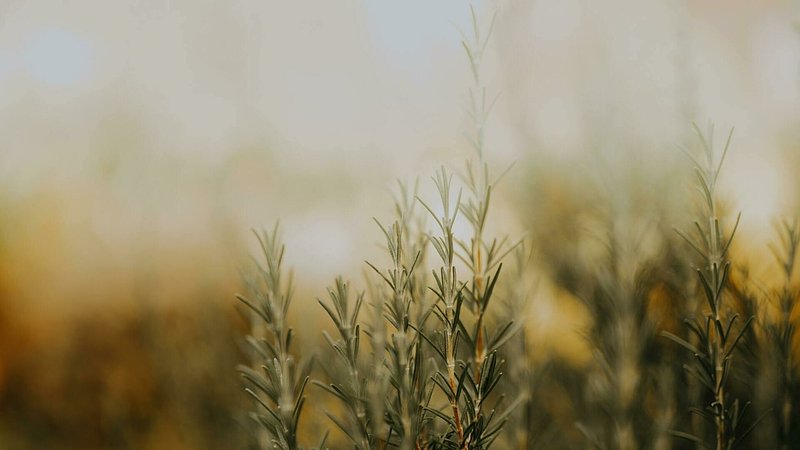 These require a little more finesse and care during preparation, while timing plays an equally important role as it does for hard herbs. As a rule of thumb, soft herbs are best used to flavour sauces, or to garnish and flavour dishes right before serving.

When it comes to finesse, you should be aware of how to prepare soft herbs to extract most of their flavour. Don't, I repeat, don't start rock chopping basil or parsley on a wooden board. You will most likely end up bruising the leaves, which means green knife, green board, and much of the flavour being lost in the process. However, do use it as an opportunity to train your knife skills, especially when presentation matters right before the end. Take your time and finely slice the herbs once, you will notice the difference, promised!

In terms of simmering, soft herbs work just as well as hard ones. Do however use them more towards the end of the process if you want them to remain identifiable. For this purpose, there is no need to slice the leaves very finely. In traditional Italian cooking, basil leaves are simply torn once by hand and added to a sauce, just as an example. A small advantage over hard herbs, you don't need to remove soft ones from sauces before serving!

Now, only because the rule of thumb says no direct heat with soft herbs, that doesn't mean that there aren't any exceptions (how else could it be). The stems from basil or parsley, for instance, don't have to be thrown away. You may very well leave them intact and add them to your frying pan to help scent the oil you're heating up. If you chose to try this, do remember to take them out at some point, as there is very little gain in the flavour of a burnt stem.

Similarly, the leaves of soft herbs have a little room for experimentation. You can actually break the high temperature rule by really cracking up the heat: take basil leaves and fry them in neutral oil at 150°C for about ten seconds, then dry them on kitchen paper. You will end up with crispy shards of basil, perfect for adding an additional texture to your dish. Do try it out! 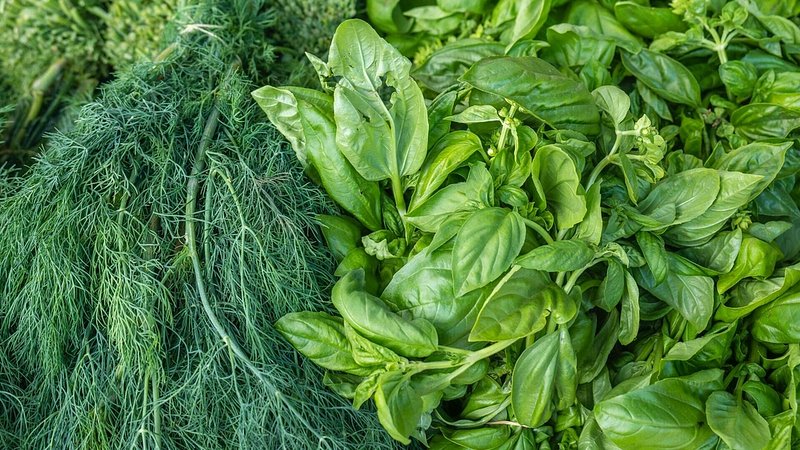 When it comes to herbs, the old fresh-is-always-better-mantra doesn't really apply. Of course, having an array of fresh produce at one's disposal is always great, but that doesn't mean that similar flavour levels cannot also be reached with the use of dried or preserved alternatives. When it comes to herbs, it is important to understand that fresh and dried ones have different qualities to them. Different, not better, nor worse.

When using dried herbs, don't forget that you're handling a product that has basically been cooked already, which means that its ability to withstand long and high heat has disappeared, even in the case of hard herbs. Think about it. All the moisture inside the plant evaporated during the drying process. So, what you rather want to do is rehydrate them in a liquid, instead of burning them to a complete crisp in the oven.

Just like they work brilliantly well in sauces and stews, you can also chop dried herbs very finely (if they aren't already) and use them as a finishing touch to your salad dressing. But, do remember that the drying process helps intensify the flavour of the herbs, which means that restraint is key!

I hope this little guide has helped you gain a better overview of basic yet important differences between herbs. And who knows, if you enjoy using them, you may even decide to grow them yourself at some point. Happy cooking!