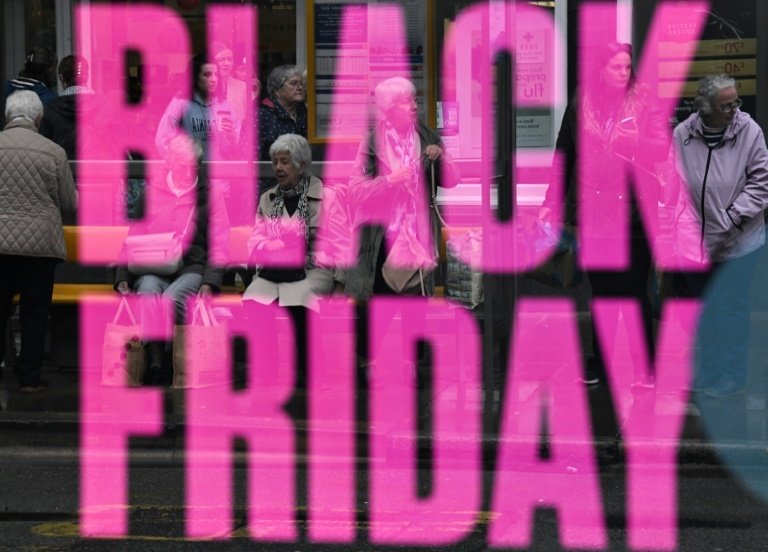 It's over! Well, more or less. But will it ever really end? Charlotte de Vreeze-Nauta shares her thoughts on promotion culture.

Thankfully it is behind us: the phenomenon that was brought to the European mainland in November 2010 by Amazon, that since its inception has grown and festered itself in the heart of November and goes by the name of Black Friday.

It may refer to only one day (the last Friday of November) but in practice it lasts almost two weeks. Two weeks of mailings, publicity and promos being thrown in your face wherever you go. This year, I was already fed up two days into the advertising craze but unfortunately Black Friday has become Black Monday, Black Tuesday, Black Wednesday, etc.

Literally every place where you can buy anything has Black Friday promotions. I am sure that even my hairdresser had special promotions this past week. But the real Black Friday low-point was a promotional mailing from the Lidl. A supermarket that is already cheaper than any other, squeezing even more out of the barely existing margins of profit for producers and farmers. As if a supermarket needs to join in the Black Friday craze to begin with.

Clothes shops I can understand. Competition is fierce, it is eat or be eaten so shops have to lure clients to their shop instead of one of their many neighbours. They must join the hysterics of Black Friday. But a supermarket? People have their fixed grocery routes and behaviours. Black Friday won’t change that, right?

Unfortunately, ignoring it is not an option because the promotions are so obvious, so in your face, you’d have to be a hermit, living off the grid, in some reception-less, out-back corner of the world not to be bombarded with all the Black Friday junk. And I fear that it will get bigger and last longer every year.

Remember back in the day when Valentine’s Day was regarded by, well, all my friends, as some ridiculous American commercial nonsense? In my town there was maybe one gift shop with a few teddy bears holding a heart in their paws, but that was it. Nowadays every shop sells something with hearts weeks before Valentine’s Day, every store window has signs that make you believe that if you don’t buy this shirt or that gadget, you don’t really love your boyfriend, spouse or partner. It has become a commercial craze intended not to make life more pleasant but to make some people very rich. Just like Black Friday, Christmas, Saint Nicolas, Easter and even Mother’s and Father’s Day.

We seem to have "special themes" in our stores all year long. It starts at the end of September with all the Halloween stuff and moves without a day of a break into Saint Nicolas candy from mid-October - before Halloween even happens. Christmas decorations start from the end of October (often also before Halloween happens) and even the Valentine’s Day rubbish starts from the 1st of January. Valentine’s day leads straight to Carnaval, and here too, they overlap. But hey - that’s even better for those who need an extra push to shop.

We can’t even look forward to any of these festive days anymore, because there simply isn’t the space or time for it. When easter decorations are in your face two months prior to easter, there is nothing to look forward to. It’s all already there. I think summer is the only time that shops are not filled with special occasion merchandise, enticing people to spend money on stuff they don’t need.

Of course, it is all about money.

Last year, when I wanted to buy lebkuchen for our family and friends in the Netherlands two weeks (!) prior to Christmas, all had been sold out. Which is obvious since they start selling so early in the year.

If I would delude myself in the name of "early Christmas preparations" to buy lebkuchen in November, you can rest assured that I would encounter a weak moment of craving, probably the next day already, rip open the bag and gobble them all down. So, I would need to return to the store to stock up on more Christmas goodies, thus making me spend more money on them (and having to buy bigger pants in the process).

Of course we get lured into spending if all we see is screaming signs: 70% discount. Or we feel pressured into buying enormous gifts for Valentine’s Day or Father’s Day. When I was growing up, all we did was crafting something at school. That was it. I would be proud of my handicraft, my dad would pretend to be very happy with a misshapen ash tray (even though he’d just given up smoking) or a semi-broken tie rack. He would give me a hug, and that was it. Now we have to go to the store and buy something amazing. We are basically led to believe that love is expressed by how much money we spend. And that's disgusting.

This year, more than ever, people are facing financial difficulty. Prices of groceries in Luxembourg have gone up 10% over the last year. And then there’s the gas prices. Some people do not have the means to heat up their house, so they spend the evenings with the lights out, their coats on, covered in blankets. Should they really be besieged with all this commercial crap all the time?

It is so utterly depressing. I do not know what to do with myself. I might go shopping to cheer myself up. Show myself some love...