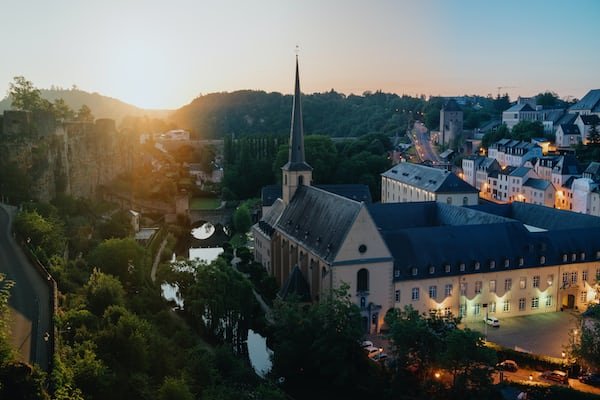 Luxembourg has an image problem, writes Charlotte de Vreeze-Nauta, but maybe we should keep this little gem of a country for ourselves?

This ever happen to you? You are visiting some place outside of Luxembourg, you meet new people, they ask you where you are from and when you answer Luxembourg, they react with a mix of shock and pity. This happened to me at a party in France recently. Two people I met asked me where I lived, so I answered. Their response? They tilted their head, frowned, nodded understandingly, pursed their lips and said: ‘I’m so sorry’.

Why are you sorry that I live in Luxembourg?

I’m not living in a war infested hell hole. I do not live in some god forsaken place where there is a shortage of food or water. I don’t live in a geographically challenged place where our house is in danger of being destroyed by earthquakes or volcanic eruptions. It’s only Luxembourg. It’s a pretty good place to live.

Okay, okay, truth be told, before we moved here, I’d never been in Luxembourg. I had no idea what it was like. I didn’t even have an image in my head. It was just empty.  An image-less country.

So, when my husband went there to sign his employment contract, I joined him to have a look around. And it wasn’t good.

It was March, it was cold and raining, we were staying in a hotel in the middle of nowhere, we passed through a village at five in the afternoon and the shutters of all the houses were down. There was not a single person in the street. It was like driving through a ghost town.

To make matters worse, during that first visit, we looked at a few houses and saw some of the worst houses imaginable. Honestly. We kept the photos, we have proof.

So, the drive back to the Netherlands was somewhat uncomfortable because my husband had just signed for a job he was really excited about and I spent the better part of our journey in tears, with my life flashing before my eyes: game over.

So, I do understand the pitiful faces when I tell people where I live.

But I have come to love Luxembourg. We have been living here very happily for the past twelve years. It’s a place you must get to know in order to appreciate it. And maybe that is the problem with people who have never been here and for whom Luxembourg sounds like a place whose inhabitants you have to pity: they have no idea what it is like. It’s image-less. Just like it was for me, over a decade ago.

But actually, Luxembourg is a very nice little gem and I think we should try to keep it image-less to the outside world.

Let people think that Luxembourg has nothing to offer. Let them believe that it is only worthwhile to get gasoline and buy alcohol and cigarettes.

Let them think that there is nothing cultural going on. They don’t need to know that there are plenty musical highlights to be enjoyed. Don’t inform outsiders of all the huge artists we’ve seen at the Rockhal, the Atelier or the Philharmonie. Or during the Summer in the City concerts.

Or arts for that matter. Let them think our museums aren’t worthwhile. We know better. Let’s not have any ambition to be greater than we are because we do not want the waiting lines like the Louvre. We want to marvel at the paintings in Villa Vauban in peace. We want to fully enjoy the beauty of the Mudam in its serenity.

Let outsiders believe that there is nothing for them here; no shopping, no night life, no jazz & blues venues, no children’s parks, no skate parks, no fantastic gyms to be found, no mediaeval castles or exquisite nature. And please, let’s not share how beautiful Luxembourg has looked in the past month, with all the autumn colours around us.

And it’s not just about past-time stuff. How about the big, important things, like medical care, for instance. Let’s not share with the outside world that the medical care here is pretty great. If I have the teeniest worry about something physical, our fantastic family doctor will turn us inside out with tests. A friend recently had a very innocent (as it turned out) heart thingy. Before she knew it, she got every research in the book by a cardiologist. Her mother, who lives in the Netherlands was baffled. In all her years of high blood pressure and other risk factors, she’s never once even managed to get an appointment with a cardiologist.

Sure, this is not paradise. Housing, whether you buy or rent, has become a true nightmare. The city is tiny so if you compare that to a London, Paris or even a relatively small city like Amsterdam, Luxembourg is rather limited.

And thank God I am happily married. I know a few singletons, and meeting eligible and potential partners is a challenge for them.

But all things considered, Luxembourg is a great place. I love the fact that we are small. I love the fact that if I leave the house and turn to the right, I’ll be in the middle of a beautiful forest within ten minutes and if I turn left, I’ll walk into the city centre in twenty minutes. How many places offer that?

I love the fact that I feel safe. Of course, I know that certain spots aren’t so safe anymore and I also realize that a lot has changed, for the worse, in the last few years. But all things considered, this is still one of the safest countries in the world and I feel that.

So, I consider myself very lucky to be living here. That’s why I propose to keep Luxembourg image-less. Let people think that they should feel sorry for us for living here. Let them drive through very quickly on their way to other places.

That way, we can keep our little gem as it is.