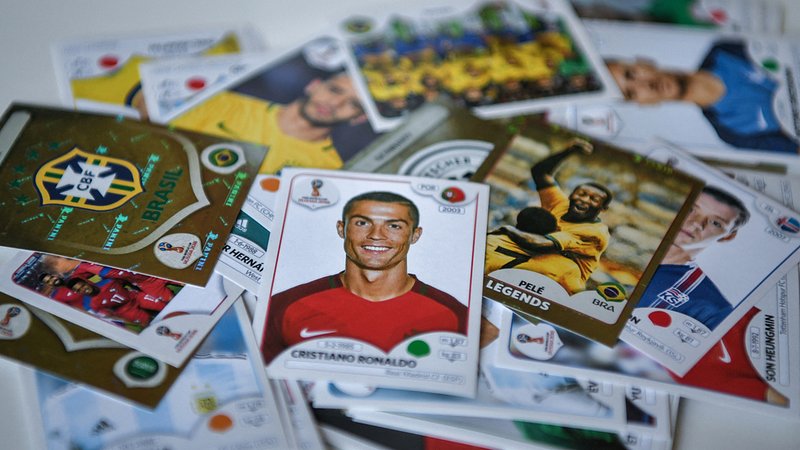 Are you ever too old (or wise) to chuck money at collectable stickers featuring your footballing favourites? John King thinks not.

At the age of 28, it may seem like I’ve passed this point. The run-up to any World Cup brings with it a shedload of anticipation for a lot of people, many who would refuse to watch let alone follow football at any other time. An added excitement for me, however, is to spend my loose banknotes on stickers.

Last week, collectable and trading card titans Panini released their Qatar 2022 World Cup album ahead of the kick-off in November. Cue herds of schoolkids and the occasional adult flocking to newsagents and supermarkets across the world.

With over 600 to find, it can be an expensive game at the best of times.

Panini are no exception to the rising living costs we are all experiencing. Since the last World Cup in 2018, the price of a pack of 5 has risen by 12.5% and will now set you back €1 - nearly double the cost from 2014. Despite this, I’m still all in.

The phenomenon of collecting World Cup stickers has been a tradition since 1970, prior to the tournament in Mexico where Panini teamed up with FIFA to make things official. For me, I was first exposed at the age of 8, in 2002 when my parents bought me the album and occasionally packs of stickers to go with it. The thrill of going into school and playing ‘swapsies’ with classmates is one that brings a lot of nostalgia - and envy of the kid whose mum and dad spent more money.

The thrill of the opening, the smell of the contents, and the often unrealistic hope that once you rip apart the packaging you’ll reveal exactly what you’re after, with an added bonus if it's shiny. That was then; and the feeling hasn’t changed.

Although 2002 was a period where I would be uncontrollably excited at finding my footballing hero Michael Owen in a pack, I never really had the resources to be able to complete the book fully, and even took a 12 year collecting sabbatical, returning in 2014. This was during my days at university in the UK where I, with a couple of friends, had nothing better to spend our student loans on (really). The satisfaction of finally managing to complete the book continued into 2018, where I had a ‘proper’ job, and luckily colleagues with similar ideas.

There’s just something about desperately searching to find a player whom you never knew existed just a few weeks before. The names, the variety of haircuts and noticing that Cristiano Ronaldo hasn’t seemed to age since the last book 4 years previously, and the one before even that. How does that man do it?

Sporting finance expert Kevin Maguire revealed that based on probability, in order to complete the book without any trades, you’d need to spend just shy of £900 - equating to around €1,000.

There’s no doubt that without your own circle of keen collectors, the task of finding every sticker will be costly - and more mundane. Personally, this will be my first ever experience of a World Cup living outside of England, and I’m intrigued to find my own group of fellow enthusiasts, who are as stupid as me.

A lot has been documented about the awarding of the World Cup in Qatar, and the human rights issues have been heavily condemned, and should not be forgotten about. It is a tournament which will be different for many reasons, but as with any major event, particularly sporting - I hope that at least when it’s over, the legacy will be positive. Collecting stickers uncovers a feeling of community, where everyone is equal and wanting the same thing. You could argue that the build up to Qatar needed some of that.

And of course, I can’t end this article without saying, for those of you looking to offload some of your swaps, please do get in touch. I’d be very happy to trade my ever-increasing pile.