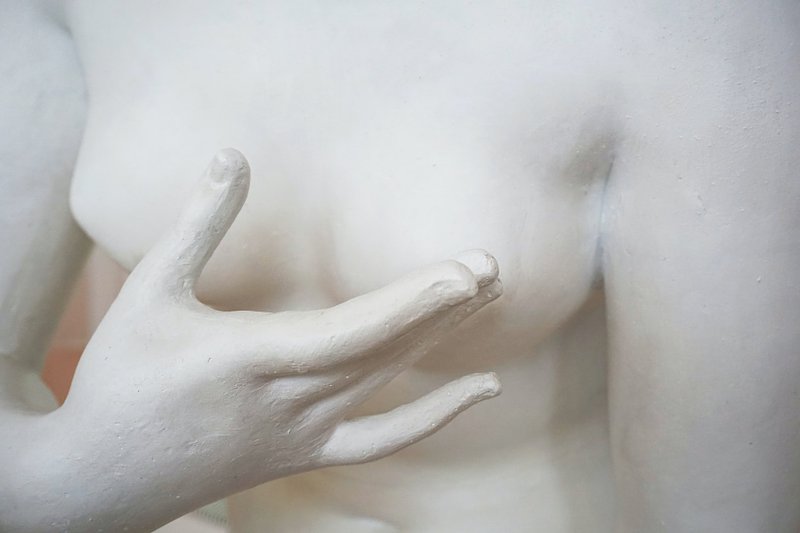 I saw this on an Instagram post of a friend recently. I appreciate most of her posts but this one, however, struck a different chord.

She is all about woke, inclusivity and gender equality – which, I am sorry to say, do not always apply to me  – so I learn a lot but this one annoyed me.
It seems like a farfetched way to distinguish oneself.

#Bodypositivity, #loveyourself, #IdoasIplease, all great hashtags if you ask me. But #freethenipple? Who cares? What does it matter whether the nipple is free?

If you want to wear a sheer top without a bra, do it. Or if you prefer to sunbathe topless on a beach, go for it. Leave off your bra for the rest of your life. Burn it for all I care. But why the hashtag? Why do nipples need special attention? They're just nipples. Everyone has them.

In the 80s and 90s, a lot of women sunbathed topless. Liberated boobies were all around. I was in my early teens then and very uncomfortable, as a girl can be, about my changing body, so topless wasn’t a thing my friends and I were comfortable with. But we did think it was perfectly alright for grown up women to 'free the nipple' and enjoy the sun on their skin.

Nowadays hardly any women sunbathe without a top anymore. A couple of my male friends are even saddened by the disappearance of the freed female chest. One of them commemorated the good old times as a student when he would take his study books to the park to 'study' there. He would be surrounded by topless, sun-adoring women and feel like the happiest man on the planet.

I thought, as did many of my friends, that #freethenipple is just about that; a sense of liberty that women once had and that has somehow disappeared. And that women nowadays seem more prudish and need a hashtag in order to dare take off their bikini top.

But we were wrong.

The very openminded and informed 25-year-old daughter of friends explained it to me. Apparently, it has nothing to do with just showing one’s boobs, whether topless on a beach, through a t-shirt, or while breast feeding.

#Freethenipple is about addressing the absurdity of the sexualization of a showing nipple.

The female nipple is considered by many to be sexy and provocative. So, when showing it a little too 'deliberately', she 'must be in want of sex', #freethenipple is about fighting that idea and creating equality, for male and female nipples because the #freethenipple movement believes that all nipples are the same.

Men can take off their shirts whenever they like (well, except for in churches and most restaurants) and no one criticizes them or tells them that they must be 'looking for something'. And women can't, or they’ll be criticized, sexualized and in the worst case even harassed.

No wonder women get upset. It is a double standard: we all have nipples, so why should we differentiate between those of men and those of women? Stop the discrimination of the female nipple.

But even though I understand this explanation and am all in favor of gender equality, this #freethenipple thing still doesn’t sit well with me.

And the reason is twofold. First, aren’t we comparing apples and pears? I may be out on a limb here but aren't female and male nipples different. After all, the female nipple is positioned differently than that of men. Isn’t it so much the nipple that is being sexualized, but rather what the female nipple rests upon?

Hang on, I am not giving an opinion on the sexualization of breasts. I am merely suggesting that maybe the male and female nipples just aren’t the same.

Secondly, it seems to me that #freethenipple is not so much about the nipple but has everything to do with the sexualization of the way we dress.

So that is what we should hashtag the hell about. Where many people have the nerve to discuss if the way a woman dresses is 'maybe asking for it', no-one gives a hoot about how men dress. No one talks about their showing of a nipple. No one cares if certain clothes show a little too much of certain male body parts.

It’s like with the grey sweatpants for men. Did you know that that is a thing? Apparently, many young men dress in grey sweatpants because these pants pretty much outline the whole business. Carrying left or right, big or small, sweatpants show it all. But do you see anyone make a big deal out of that? Did you ever hear anyone say that grey sweatpants on a guy were provocative? That it was tacky and gaudy?

Of course not. Because they are men and men have a teeny tiny bit more freedom to do whatever they please. That is the problem.

So, I may not be able to share a #freethenipple on my socials, but I would happily join in if the movement changed it to #fuckoffIwearwhateverthehellIlike. Or quite simply #leavemebe.