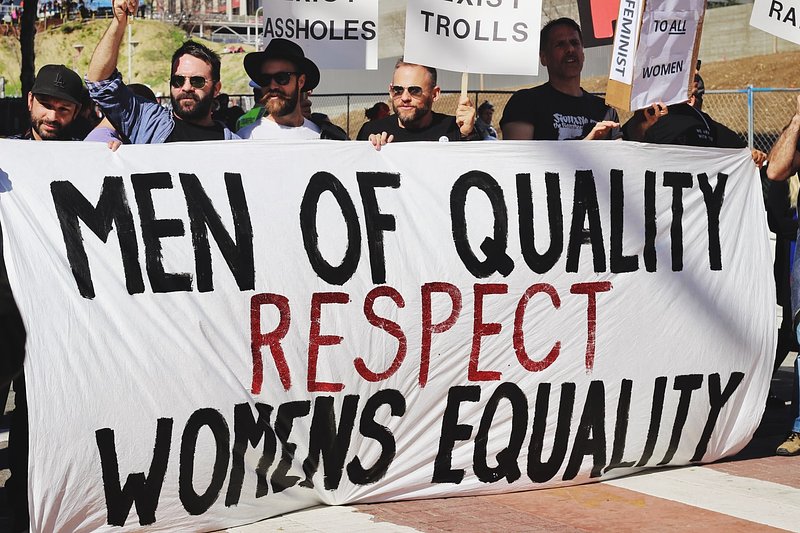 A daughter of friends tells me that one girl in her class has a boyfriend, but flirts with other boys at the same time.

The class calls her a whore behind her back.

At the same time, a 14-year-old boy they know has had a few kissing experiences with different girls, but no one talks badly of that. They find it amusing or even cool.

When I was that age, there was an expression: a boy with lots of girls was "da bro", and a girl with many boys was "a hoe". I found it a double standard then, but today I find it even more of a double standard.

Have we have not evolved at all?

My grandmother once gave me some advice that she thought was extremely important. She was complaining how her other granddaughters were too promiscuous – they weren't by the way, they just had more than one boyfriend. And one even "dared" to have children out of wedlock. I was the youngest granddaughter, so I guess she thought that not all hope was lost yet. So, for her advice, she looked at me with an earnest expression on her face, hovered her hands over her "lap" and said: "Charlotte this spot is for one man only..."

On the inside, I screamed upon hearing this from my ninety-plus grandmother. She meant well, but I really didn't want to discuss sex with her. However, polite as I was, I smiled at her and just nodded, at a loss for words.

And I forgave her on the spot, realizing she was born in 1908 and had quite a different perspective on life in general, and men and sex in particular.

My parents, sadly, weren't a whole lot better. Even though they were in their thirties during the sexual revolution, they were not so revolutionary as it turned out. I remember one conversation with my parents when I was about 17. One of my brothers had a new girlfriend and somehow the conversation landed on sex. It turned out that he had slept with her the night they met. My mother's response: "Oh, that's not a nice girl".

I had more trouble accepting this than the talk that my grandmother had with me. Sure, my parents were old (in my eyes), from a different generation, and were just a product of their old-fashioned upbringing too. But I was furious. How could they so overtly disapprove of the behavior of a girl while finding the same behavior of their son completely normal?

Fast forward to 2022. So, we've had the sexual revolution (even though my parents missed it), we have accepted and rejoiced same sex marriages, we are now in an era in which we openly discuss and celebrate sexual diversity, sexual identification and sexual orientation. Everyone can sleep with everyone. People can identify themselves sexually however they see fit. You were born a man but identify as a woman who does like her beard. So, you go through life with a beard, dressed as a woman, oh, and in a relationship with a woman, thus calling yourself a lesbian transwoman, instead of a heterosexual transvestite man? All fine. Live and let live, right?

But a 15-year-old girl with a boyfriend who flirts with other boys is called a whore? Am I crazy or is the world around me becoming increasingly deranged?

Kids calling their classmate a whore puts us right back to my grandmother's or parents' take on sex. It’s the one thing that doesn’t seem to have changed; it is the old male chauvinist pig idea that it is okay for a man to be with many women, but it is not okay for a woman to be with many men. Are we hysterically modern in some areas, and shockingly backward on this point?

By the way, I am not advocating to sleep around. I am addressing the double standard.

The question is: Where do our open-minded and 'woke' youths come up with these ideas? I fear that it is, in part, the parents that put these thoughts in their heads. After all, we too are products of our own upbringing. How can we expect ideas to change if we pass them on?

I am no better in this respect. Even though I wholeheartedly believe in equality and preach it to my kids, I have to be honest. I too have a double standard.

For instance, I think differently about a woman who cheats on her husband, than about a man cheating on his wife. I reject both, obviously. I have no respect whatsoever for cheaters, men or women. But I guess a part of me expects it more of men than of women, so I accept it a tad more easily of a man than of a woman. And I judge the woman more than the man.

That's the truth. I’m not proud of it, but there it is. So as much as I think that girls and boys should have completely equal opportunities and rights in every part of life, including sex, my feelings on this are not always aligned.

How to change this? I don't have all the answers. But I am sure that I am not the only one who has to come to terms with the discrepancy between thoughts and feelings on this topic. Sharing them and owning up to them would be a solid start.

Taking our kids along in the thought process, share how it used to be, and how it should be. Teach our kids to not be hindered by old dogmas.

And please, please teach our sons how to be good men. To treat women with respect and as equals. In every f*cking (pun intended) area. There are no excuses anymore. We should do better in order for our young people to know better.