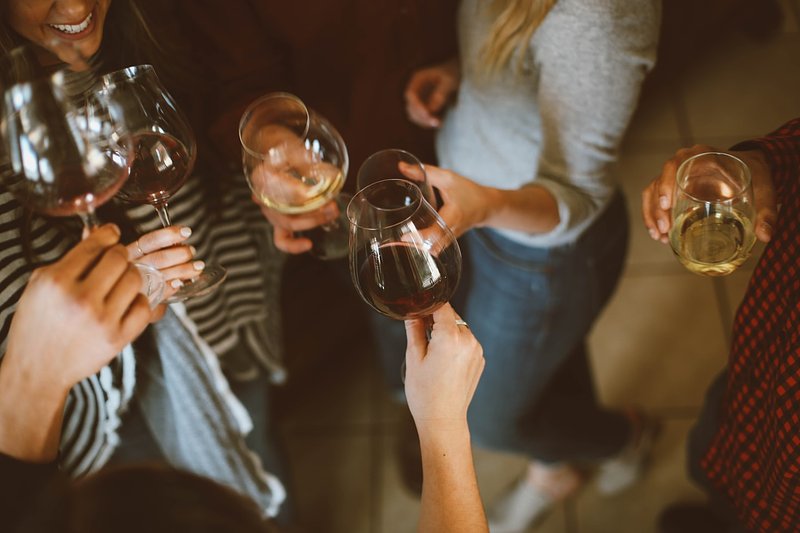 Alcohol and kids. Any thoughts? I do. And I think it is completely insane to let 16-year-olds near booze.

In fact, if I had any say in the matter, I would forbid alcohol before the age of 18.

Unfortunately, though, when it comes to alcohol, we live in the most liberal country of Europe. Out of 44 European countries (according to the UN), 36 have set the minimum age of drinking at 18. This leaves eight countries that allow the consumption of alcohol from 16 onwards, and only for beer and wine. And guess what.. Luxembourg is the only country in Europe in which 16-year-olds can also have go at it with heavier stuff like Vodka, Gin, Rum, you name it.

I am happy that I recently discovered that the age limit to drinking spirits in Luxembourg is currently under discussion. The law might be adapted to ensure that the minimum drinking age will change to 18. But for the moment, our youths are free to kill their brain cells, loose control, get in undesired situations and whatever else may follow as a result of drinking hard liquor.

And the law is just one part of the equation. In practice something entirely different is happening. Pass through Pescatore park on a sunny Friday afternoon and you'll find heaps of illegal drinking going on. Many school going kids have already had a frequent intake of booze and their first drunk experiences when they are 14 or 15.

Of course, in many of those cases, this happens behind their parents’ back. And it can happen to the best parents. Although, I also know of parents that allow their 14- and 15-year-olds to drink beer, wine or champagne. 'Go on honey, have a taste, it won't kill you'.

So, the already 'relaxed' alcohol laws in Luxembourg are made even more relaxed by parents creating their own rules.

Now I am no 'goody-two-shoes' and if I don't see a point in a certain rule, I may 'interpret' it a bit freely. But not when it comes to alcohol and young adults, and especially not with children.

Why? Because everyone is aware of the dangers of alcohol consumption of youths, right? We all know that it damages the brain. But do we know the true extent of it? I didn't until I started reading about it. Teenage brains are in full development, and alcohol can cause permanent damage to the areas that control judgment, impulse control, and memory. Doesn't sound serious enough? There’s more.

Teens are more likely to binge drink when they consume alcohol. This can lead to unplanned and unwanted sexual activity, violence, and alcohol poisoning. It can also affect the normal development of vital organs and functions, including the brain, liver, bones and hormones. Early drinking is associated with injuries, involvement in violence, and suicidal thoughts and attempts. Finally, starting booze at an early age doubles the chances to become an alcoholic at a later stage in life.

And having witnessed the effects of alcoholism up close and personal in my youth, I can tell you that it is a situation you want to avoid at all costs.

So, assuming that most parents love their kids and want the best for them, how can we explain that so many children are free to f*ck up their health and safety? What is the deal with parents nowadays?

Some people think that 'easing their child into alcohol' in the safety of their own home, is the way to go. The idea is to make alcohol normal, therefore less interesting and subsequently, to take the excitement out of drinking. Well, I've got news for you: it is a bad idea. Europeans often joke about the USA. We think that 21 is too old and triggers a lot of excesses. The old story of the forbidden apple. But the fact of the matter is that there are a lot more alcohol related problems in Europe than in the USA and it is because we allow for earlier drinking.

Besides the 'ease your kids into drinking' - type parents, there are also parents that simply choose the word 'yes' over the word 'no'. They don't want to get into a discussion with their child, they're tired, or bored with having to forbid something yet again. Or they want to be friends with their kids. Whatever the reason, they seem to have trouble setting boundaries.

But the worst type of parent is the infantile type. The one that thinks he is still in high school. For this parent it is all about the cool factor. It is pathetic but true. There are those that think that allowing their kids to drink makes them a cooler parent than those who don’t allow it, thus gaining popularity.

I know a 15-year-old girl that was allowed to have alcohol at her party. During the evening, the mother was called by a concerned parent of one of the invitees. She wanted to know whether alcohol was served. Standing amidst the kids who had glasses of beer and wine in hand, the mother of the birthday girl had the nerve to tell the worried caller: 'No, there is no alcohol at this party'. She then hung up, raised her glass and screamed: 'Woohoo, let's get this party going'.

Despite the ridiculous lie, this parent felt on top of the world and oh so popular at that moment. Ergo, the cool factor prevailed over the solid upbringing of her child.

So yeah, I am all for changing the law to increase the minimum booze-consuming age from 16 to 18. But if parents do not comply with the current law, what's the point? So, should we consider sending parents to awareness-raising classes about the dangers of youth drinking?

Anyhow, I’m going to pour myself a drink while I think this through…