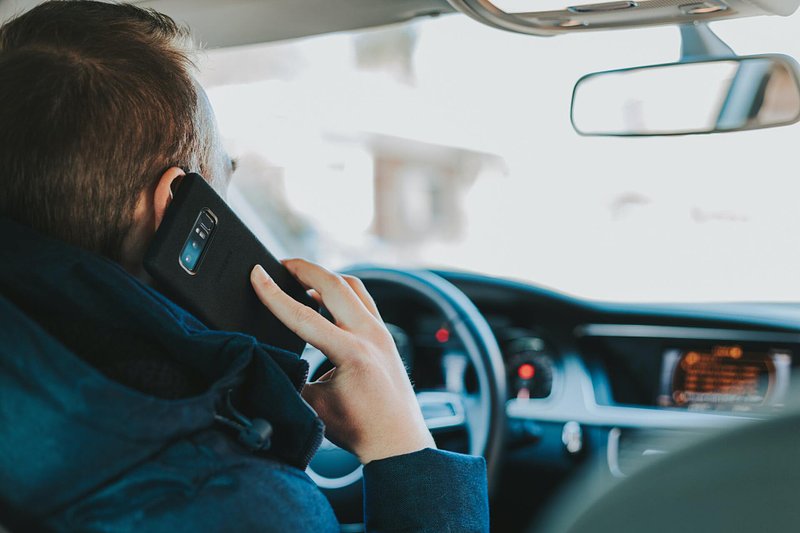 Driving while on the phone is irresponsible and illegal. Give the culprits a honk, says Charlotte de Vreeze-Nauta.

Charlotte de Vreeze-Nauta wants to 'help' those spotted on the phone while driving.

I made a new pact with myself today. I will honk if a person in a car in front of me is on their phone. I know that honking is not really allowed, sometimes frowned upon and often met with aggression.

But I’ve had enough. If honking helps them to get off their phone, I will honk. Because people that are driving should refrain from using their phone without a car kit. It’s against the law. And not without a reason.

Did you know that drivers who are on the phone are four times more likely to cause an accident?

It is a simple equation: driving demands your attention. You need to look in front of you, you need to register actively what is happening on the road and you then need to respond. This needs to happen full time whilst driving.

Calling someone also requires attention. You talk. You listen. You respond to what the other person says. You laugh or you think deeply about what is being said. Whatever way you conduct your phone call, it demands attention. And you simply cannot give 100% attention to driving and your phone at the same time. Pretty clear.

I’ll be honest with you. I did it once. I had picked up my children from the crèche and the daughter of a friend had not been picked up at the time the mother had said she’d be there. The crèche was worried about her. And so was I. My kids were tired and hungry, so I put them in the car and drove off quickly. But I also wanted to check on my friend. So, I called. And that very moment, I was spotted by two policemen in their car.

They signalled me to stop but it was a narrow road. I couldn’t stop right away, or I would have blocked traffic, so I decided to drive on and find a better spot to park.

The police, however, were not in my head, not aware of my thinking process, so my not stopping didn’t quite agree with them. They started with lights, then with sirens and finally they just overtook me and forced me to a halt. I was new in Luxembourg, didn’t speak French very well and by stupid coincidence didn’t even have my driver’s license with me.

I resorted to the best thing a woman in trouble can do. I cried and I pleaded. I also tried to explain my thinking and that I was not trying to flee the scene. Finally, they believed me and followed me home to check my papers. It cost me 70 euros.

I can now safely say that I was very lucky and I learned my lesson. Lucky because nowadays getting caught on the phone while driving will cost you 145 euros and one or two points on your driver’s license. I also learned my lesson, looking over my shoulder at my very cute and big-eyed two- and three-year-olds at the time, thinking how stupid I had been. I could have waited a minute. Call first, drive later.

Today, as any other day, I encountered two idiots that were on the phone while behind the wheel. I could tell even when I was still hundreds of metres away from them. The first one was not only driving slowly, but she, a silly young woman, as it turned out when I passed her, was swerving from one side of the lane to the other. As I drove past her, I saw her texting.

The next one was a man in a big car with ‘turbo’ written on the back. However, nothing about him was turbo. ‘Turtle’ would have been more befitting. Still irritated by the silly young woman texting, I decided enough was enough and honked. And it worked. He immediately lifted his head from his phone (he also lifted one particular finger, but I chose to ignore that), put his turbo to use and drove through a red light.

My ‘wake-up call’ angered him, and he responded in a typical anti-social, arrogant douchebag way: he hit the gas instead of the break. Just the type that thinks rules do not apply to him.

But the point is, honking helped. It got him to focus on the road. And I realized that I should have honked at the silly young woman as well. It would have brought her attention back to driving and that in turn would have made the road a lot safer.

So maybe we should all chip in and honk when we see someone on their phone while driving. Simply to raise their awareness, help them to focus on the task at hand and make driving safer. For all of us.