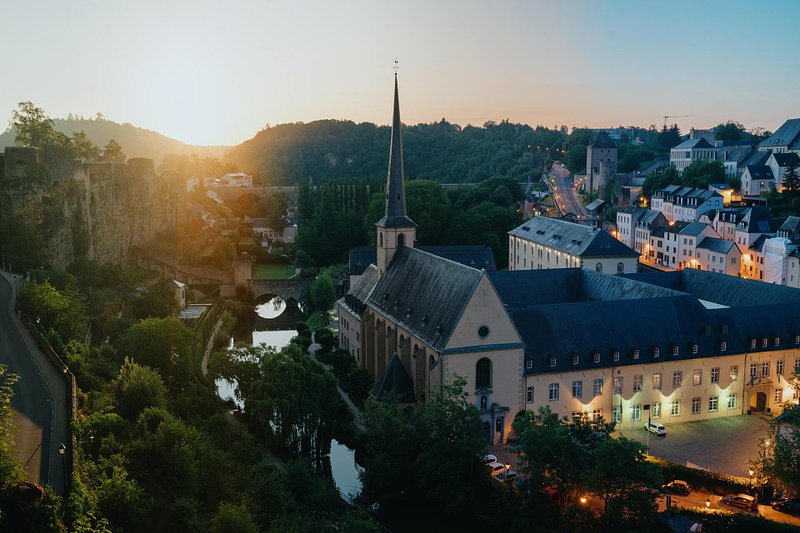 Your children will feel at home in Luxembourg, so I hope you learn to love and care for it too.

Where are you from? Is the answer different for your children? You may say Italy or Ireland or India, to name a few places, but your children will sooner or later answer this question with “Luxembourg”.

And I hope that they do, and that you help them feel at home here. It’s not easy being a third-culture kid, especially not in Luxembourg, with all these different cultures, languages and identities existing next to one another. It is a strange environment to grow up as an immigrant in a land of immigrants - in a country with 3 official languages and no clear predominant culture, it’s difficult to integrate.

I grew up in Luxembourg in the 90’s, my mother grew up in a village between Bulgaria and Turkey, in the north of Greece, my father grew up in Athens in the 60’s -- already the disconnect between my experience, my childhood, and that of my parents is enormous, and it’s probably the case for your children too.

Where you grew up you probably knew your neighbourhood, your community, your family. Perhaps there was an aunt, uncle, or grandparents living close-by. Maybe there were family dinners or lunches on the weekends, but your children are growing up in Luxembourg without any of that. Your neighbourhood will be as new to them, as it is to you.

Your children are experiencing family differently than you probably did, they probably see their grandparents once or twice a year, and I don’t know how many neighbours up and down the street they’ve met (or up and down the elevator!)

Even though you may speak to them in Spanish or in Dutch, they are using at least another language every day at school and outside of school. My mother spoke Greek to me, I spoke French every day in the playground with other children, and eventually English became my dominant language, and that’s probably going to be the case for your children too.*

When you visit your home, they will be known as the kids from Luxembourg (this also can come with a little bit of finger-pointing). And as much as they love the country that you call home, as much as you foster love for that country for them… Even if they feel Spanish or Slovak or Swedish at heart, their home will always be Luxembourg.

In all of this messy-wonderful-complex reality that we experience in Luxembourg as first-generation Luxembourgers, we develop a sense of home, in each other, between friends and with Luxembourg.

So with that in mind, I hope you will do everything you can, to ensure that they can indeed feel at home here. That they can belong here, regardless of where you are from, the languages you speak, the culture and traditions that you hold dear to your heart.

Because you are raising first-generation Luxembourgers who will love and care for this place, and feel at home in this country, make sure you learn to love and care for it too. Participate in building up our communities, our neighbourhoods, our villages, our cities.

Whilst too often, ‘expats’ and immigrants get involved in community groups that group together people from their home country, they don’t get as often involved in local communities of their neighbourhoods -- but you should -- because together we are building the future of the place(s) that your children will call home.

This is why it is paramount that you also register to vote for next year's local elections. They’re coming up in June 2023, and your ability to have a say in them, will contribute to your sense of belonging, and participating in building your home, and that of your children.

Make Luxembourg your home too.

Christos Floros is a first-generation contemporary Luxembourger. He studied architecture with a focus on the socio-political and urban expansion of Luxembourg and its financial sector. He is also a trained actor who has performed in the UK and Luxembourg. He lives in Kirchberg, where you can often find him playing fetch with his dog.