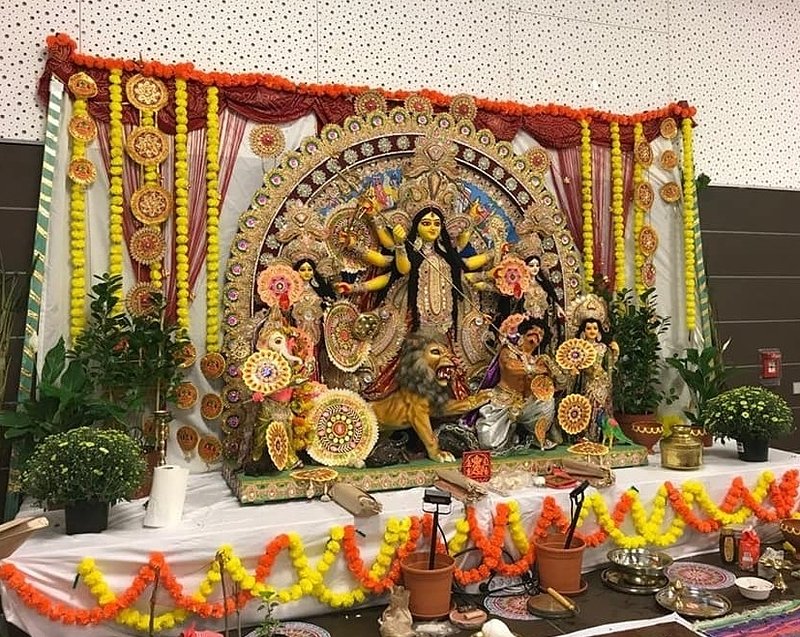 LuxUtsav, the vibrant, jolly group now in its third year, is bringing to Luxembourg and the Grand Est region the third Luxembourg Durga Puja celebration.

This festival, that dates back to the 15th century, has been a major celebration for the eastern and north-eastern populations of India, Nepal, and also Bangladesh.

It is now also celebrated across the globe (in the US, France, Switzerland, Germany, Netherlands, Belgium, and the UK) with great fervour and enthusiasm.

Rooted in the belief of the victory of good over evil, Durga Puja has been a source of power and peace for millions of people during Covid too.

Last year LuxUtsav successfully reached out to people across countries through YouTube and Facebook. The cultural celebration shall be held online this year too.

The celebration will constitute of beautiful Vedic traditions, modern rituals, performing arts, music, and games for adults and kids.

The on-premises event has been categorized as a CovidCheck event with guidelines provided by the government of Luxembourg. We invite you to join the fun on the LuxUtsav Facebook page, website and YouTube channel.

The celebration takes place between 11 and 15 October at Sall um Duerf, Hesperange. 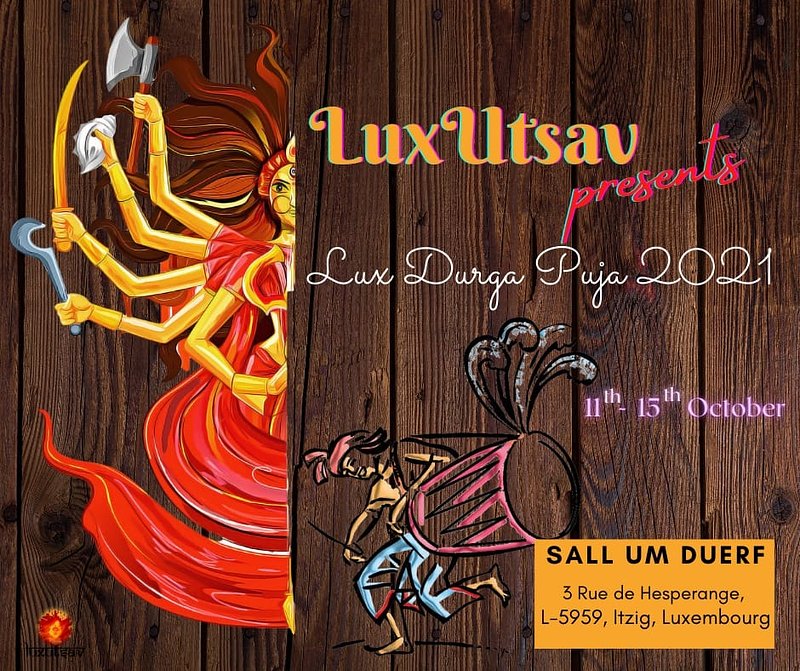 LuxUtsav aka ASBL Luxembourg Durgotsav Association is a group of Indian and Bengali culture enthusiasts. It organizes events around the year to spread love and propagate Indian culture and values through multiple channels.