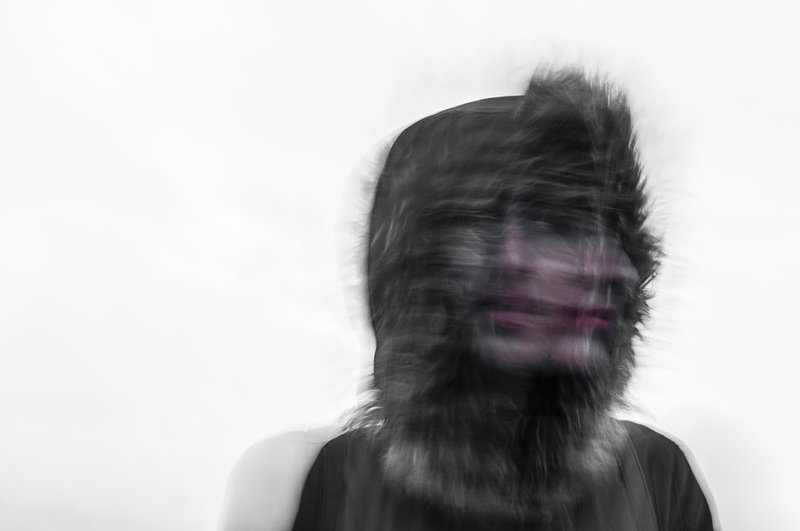 “I got up one night when I was about eight or nine feeling scared and anxious that I was about to vomit”.

Anastasia (name has been changed to maintain confidentiality) has lived with this almost unsurmountable fear of food, of eating more than she ought to and then purging it out, almost all her life. I was talking to her over the phone, she had wanted to share her story, of the relationship she has had with food and how it has forged who she is today. “Food or the thought of eating would make me uncomfortable. I would be frightened that I might throw up.”

As a child, you’re taught that food, clothes and shelter are one’s basic needs, things that human beings require to sustain themselves. From there, from having food as a means of sustenance we have somehow come to using it as a coping mechanism against changes or violence in one’s emotions – getting lured by the promise of satisfaction in overeating or roped in the by the “sanctity” of a purgatory starvation.

During the end of her boarding school years, Anastasia stopped eating. “I refused to eat anything and lost seven kilos in one week”. She dropped to 45kg. Standing at a 170cm, the weight loss was anything but inconspicuous. “A friend had to sew me a bathing suit, as the “normal one” wouldn’t fit”, she remembered. “The director informed my parents. Everyone knew what was going on, but no one really wanted to talk about it”.

It was also in the boarding school that Anastasia had the help of a psychoanalyst. It was the first time she had to “dig into herself”, she says and the first time that the term anorexia came up.

“Anorexia nervosa” was first given full clinical recognition in the late 19th century by Sir William Withey Gull, a British physician, and Charles Lasègue, his French counterpart . The term is of Greek origin: “an-” (ἀν-) being the prefix of negation and “orexis” (ορεξις) meaning appetite, thus loosely translating to “an absence of appetite”. I say “loosely” because the disorder is obviously much more complex than a mere lack of desire or willingness to eat. In fact, since the term’s initial conception multiple theories and psychoanalytic interpretations have been postulated to understand its underlying causes including sociocultural contexts and biological or psychological risk factors.

It is understood that an anorexic person develops or tries to gain an extreme mastery over their body in order to feel “safe” or being “in control” in situations of stress or anxiety where everything else in their life might seem to fall apart. To do that the sufferer often times isolates themselves to avoid any temptation.

Anastasia was enduring the same. She wasn’t going anywhere, she told me, refusing even to go to bars or restaurants, afraid that she might be asked to eat something. She became acutely sensitive to smells, and even to noise and touch.

“Anorexic people are clever in that they’re good at making people around them believe that they’ve already eaten,” she continued. “When someone would offer me something to eat, I’d say I’m full or that I’ve already had something”.

Contrary to what many might think, intense starvation is not the only sign of anorexia. And in the absence of other visible symptoms, the condition can go unnoticed for a long time. Anastasia knew all along what was “wrong” with her and had become adept at hiding her suffering. “I never lost my hair,” she said, “never broke my nails or teeth (tell-tale signs of an eating disorder). I never had to be put in a psychiatric institution because I was conscious of what was going on”.

At this point in our conversation, I’m starting to go back to my home country in my mind, to my family and what I had seen for a very long time. A tired, enfeebled face washes up. My first cousin (my “sister” – I’m the only child and was very close to all my cousins) wouldn’t eat or would just nibble on something absolutely inadequate for her tall stature for long periods of time. She would faint while running errands, have the darkest of circles underneath her beautiful eyes and tell me she thinks she’s fat. I didn’t know any better at the time and almost believed what was being said. “She is going through one of her phases again,” they would say. “First she wanted to act like a boy and now this! All she wants is attention and to make our lives miserable”. Oh! the pain she must have endured!

My eyes well up as I speak to Anastasia and ask her gingerly my next question. “How were you processing all this? What exactly was going through your mind?”

Anorexia is something that never goes away. It’s there behind you, lurking. You need to learn to live with it

She answers calmly, in her kind, reassuring voice that she found out much later what might have triggered in her this urge of self-starvation. Reading an article about a girl who’d had very similar life experiences as her and suffered from the same disorder opened her eyes to what could be the reason. “It’s depression,” she said. “I came across a series of conferences recently, which spoke of how high-potential or gifted children are often prone to depression and eating disorders. How, often “undiagnosed”, these children are treated as “normal” and are misunderstood by their families, teachers and peers. I always knew I was different as a kid. I would do things differently at school, for example. I would often feel as a misfit and like I never belonged”.

Anastasia says that what the psychoanalyst explained during these conferences finally started to make her see things clearly. She understood why she is the way she is – a vital element in her coping mechanism. She wouldn’t talk of “recovery”, as “anorexia is something that never goes away. It’s there behind you, lurking. You need to learn to live with it”.

How is she living with it? Anastasia just got a degree in yoga during the lockdown. Yoga has helped her deal with anxiety and panic attacks. “So, you’re a yoga teacher now!”, I ask her enthusiastically. “I’m not ready yet,” she says. She’s still scared of putting herself out there, afraid of what people might think.

Anastasia plays the piano and the guitar, sings, does crochets and is a mother of a very spirited four-year-old. It is while talking about her progeny that her voice cracks for the first time. The strong, reassuring demeaner suddenly gives way to the very familiar figure of a mother who thinks she’s not good enough. I hear myself telling her unconvincingly, “don’t say that my dear. We might not be perfect mothers but we are the perfect mothers for our kids”.

And that is how our conversation, which started as two strangers talking about a very specific issue, transitioned very smoothly into something else, where we found ourselves crying and holding hands, albeit through the phone, and feeling this strange almost satisfying sense of comfort thinking that we’re not alone.