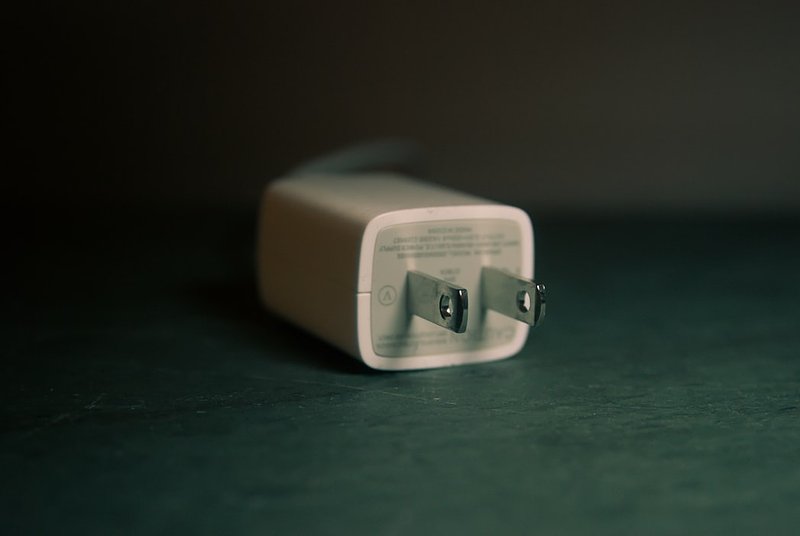 There has occurred one of those tech emergencies that will be familiar to many people working 'on the go'. Essentially it is the Battery Percentage Remaining Pop-Up Window nightmare.

It's meant to be helpful. But it is a goddam LIAR.

"Your battery is running low, you may want to consider plugging into a power source" the handy but still condescending message points out, while at 15% battery capacity.

That 'should' be absolutely ages. It should, for example, allow enough time to locate the charging cable, plug into a wall socket and then connect to your laptop.

You should be able to, with 15% of an 8 hour battery span, have about...oooohh an hour and 15 minutes to do whatever the hell you like before the screen freezes, goes blank and the gentle whirring stops.

You could have a nice long shower, make several cups of tea, perform the first three versus to Riverdance on your balcony should you wish.

But, alas, no, the Time X Battery Remaining + Variable Truth / Location of power cable = Panic in the BPRPUW Paradox.

It got me to thinking, about the weather, which is handy given this is 'supposed' to be about our climactic conditions...Does the Luxembourg Sunshine operator also have similar issues?

Essentially, the Sun shines as per normal, holding rain and cloud at bay, and the battery gauge shows a nice fat 25% operating capacity. The operator, feeling secure in the information that has been relayed, slides his/her/their chair under the desk and pops outside for what he/she/they thinks is ample time for a crafty smoke/vape/coffee/3 min High Intensity Training Session etc etc. He/She/They may even head to the loo for a cheeky scroll through the socials while sitting on the bog.

And it is only when it starts shitting its arse off with rain that he/she/they realise(s) the power's gone off, the Sun has gone into 'sleep mode' and a reboot can take absolutely ages. Meaning the public are stuck with crappy weather for a time.

And do you know what the REAL kicker is, 30 secs after being reconnected to power, the battery gauge will say anything from 18% to 35% capacity.

My gauge is dropping steeply. I hope yours stays in the safe zone. Have a good one.

Expect heavy cloud cover and rain for Tuesday morning, although the afternoon might brighten up in parts of the country.