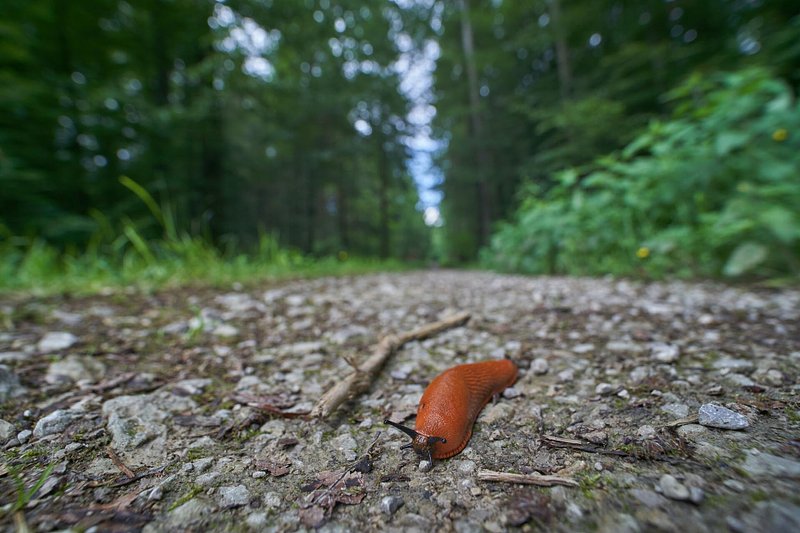 Good morning, after yesterday's comments on Slugs, and one superslugman-sized example in particular, we were surprised to find an envelope outside our door this morning.

If you have followed our weather updates of late, you will know that a letter through our door is rarely a good thing.

This morning's correspondence was soggy and sticky. Also hardly the best way to begin a day - and is, in part, a reason for this missive to be posted slightly later than normal.

We heard not but a knock this morning, but more the sound akin to a wet sponge being flung at a wooden door. Repeatedly.

After 30 minutes of using a hair dryer on said envelope and contents, to at least separate the pieces of parchment therein, we were pleased to find a one-sided comminque with a very fancy letterhead atop the page.

Due to the pages being stuck together (not unlike, perhaps those of a 'magazine' 'found' by teenage boys in a hedgerow in the early 90's), and the ink having run and bled (due to the ooze, you see) some of the text is illegible.

Just as with the human scourge that treat us with salt rings and green pellets, you assume one bad apple is relative to all of us.

The Slug brother to which you refer is well-known to us. He suffers from PTSD having lived near a cabbage farm for the best part of three weeks. Do you know what it takes to get out of a field like that alive? Dodging crows, buzzards, Lizards, pesticides... Do you? You stupid (undecipherable) so-called Journo? Hiding behind your desk...drinking your sh(undecipherable)ty coffee.

Do you know how many Smartphones we have ruined just trying to even read your fu(undecipherable)g wordage? We lost six of our best charging the damned things.

Bruce, as he is known, has been munching on GM Veg and this has messed up his molecular structure a touch. And he has become much bigger as a result. Not unlike the Hulk, he no longer has any jeans that fit him properly and is forced to wander the Earth like some slugified Ronin.

He means you no harm. His appetite is thrice that of a normal Slug, this is true, but to suggest he was going to play out some GTA fantasy and steal your car AFTER eating your cat's food, your cat and perhaps even yourself, is preposterous.

That said, now that we know just how you feel, we are investing a huge amount of time and money in R&D and we will look in depth at just what made Bruce turn so swole (because, you know what? Slugs HAVE to miss LEG DAY)...

We will rise up from the damp soil and from under the shrubbery and we will (undecipherable) across the lands and cover the world in a muccus slime SO sticky, the Earthlings will be stuck fast, just like flies on fly paper.

There is no amount of salt that can stop us.

You, our once promised friend, have now made an enemy of the Slug Folk.

And you only have yourselves to blame.

Yours The Patrons of 'Slugs Hate Inhumane Terrace Environments (SHITE)'

P.S - Bruce has asked that you leave out the chicken flavoured biscuits not the salmon ones, they give him the squits. Thanks"