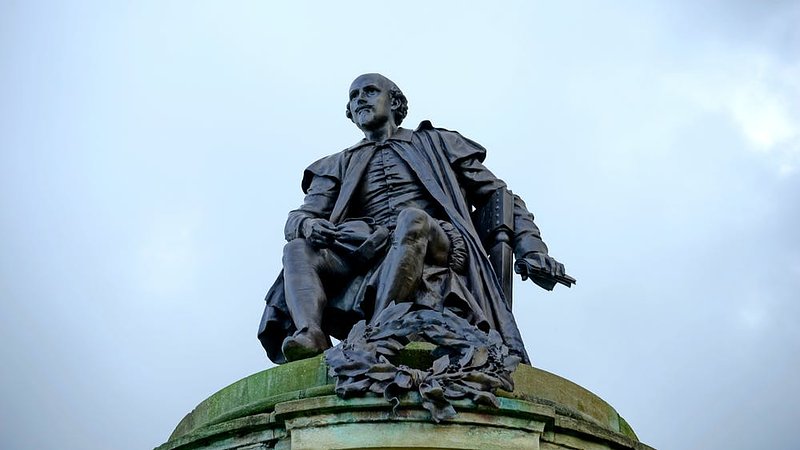 Shakespeare was new to the Grand Duchy and had yet to make himself acquainted with the finer aspects of Luxembourg life.

Still, he stood atop the open roof bus and took in all he could of the city and the neighbouring satellite towns.

He chuckled at the names 'canton' and 'commune' and marveled at how very different this place was from the alleys and winding streets that encircled the Globe Theatre.

He goggled and boggled at the many languages sung into the open air. He whirled at how one was spoken and the reply came in another and he deigned to fathom how this was all to be.

William paused at the Casemates and argued with an official over the use of legal tender. A ducat would not cut, it it appeared. Brow beaten and crestfallen, Shakespeare left the 'best rated sight on Tripadvisor' with a gloaming in his heart.

Shakespeare searched high and low for an eatery where even he could afford to nibble. Here and there he looked for a simple meal. Hither and tither.

The places were full, yet the city was empty. Desolate even, and the belching metal beasts with their infernal smoke made his eyes water and his throat tighten.

And the noise. THE NOISE.

Endless construction, metal against metal. Stone on stone, as earth was ripped from the Earth and plunged back elsewhere. Huge tenements sprung from the ground and strained for the skies.

The scribe became concerned on where he may lay his tired head that very evening but instead turned his attention to a bar with an open terrace.

Here, people thronged, there was hustle about this bustle. Feeling a rising sense of contentment in his body, and a feverish thirst elsewhere.

Shakespeare strode toward the bar, he knew not what to drink, being that wine and mead and ale had been his usual tipple.

Looking around, he saw garish concoctions with straws and umbrellas and far too much ice.

He gestured to the barkeep, "I'll take one of those things...please, good sir," as he pointed to a tall glass that dripped with condensation. "One Gin and Tonic, coming up".

Some 15 minutes later, and after having witnessed the bar tender open just two bottles, pour two small portions from each in the glass and then add six, maybe seven cubes of ice, the drink was handed back over.