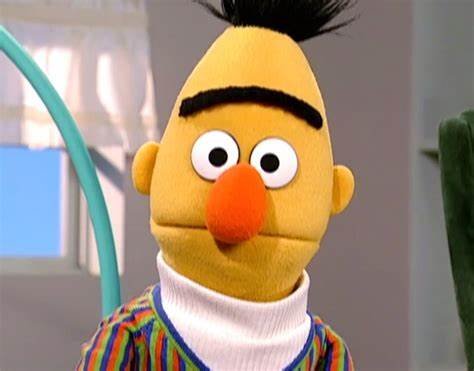 The alarm sounded. It was still Vader's March.

The sounds of the empire were blaring out in the modest bedroom and at odds with the light streaming through the half-open blinds.

Something stirred under the duvet. Misshapen and lumpy.

Bert was 48 years old and still a Skywalker.

Bert's hand crashed down on the offending tech that had been set beside his bed. Not far enough away to kickstart the morning routines and close enough to be a source of irritation that could not be ignored.

Bert let out a yowl that even Chewwie would have been proud of.

He hated mornings, Bert, not the Wookie, but it was just as likely that sleep was a premium on the Millennium Falcon too.

Bert swung the duvet cover aside and the flapping fabric caught an errant coffee cup that had been lying on the cabinet for days. It spun and hit the floor, the murky brown contents spilling on to the tiles.

This had happened before.

Bert stood up and stretched. He scratched his ass, his unmentionables and then wiped his nose...yes, with the same hand.

He trudged toward the bathroom. A slight urgency...a different alarm set of by biology as his bladder called for evacuation.

His aim was off, there was no force to use this morning, as he pretended to fire his cannons at the porcelain. He missed more than he hit and the pee pee pew pews splattered around the bowl. Again, Bert was caught by a strange notion.

This was not new.

Nothing out of the ordinary there, thought Bert, who was hoping this was some silly dream that introduced his real waking time.

He headed to the kitchen. Checked the timer on the microwave, 7.02! But that was no real concern, as he'd set that one fast...so as to gee him up and get him along the way. One of a number of little games Bert played with himself.

He opened the fridge door. The door always stuck on the first go. And he reached for the milk, of which there was none.

Strange, thought Bert, he'd definitely picked up a new carton on the way home last night, as he'd had none ready for his cereal yesterday morning. But that was now happening today.

Bert could not shake this feeling that this was way too familiar, Bert opened the kitchen cabinet above the cooker and took out a bowl, he turned too quickly and caught his head on the edge of the door. Again, this had happened before.

He tore open the curtains, light flooded the room. Casting witness to the detritus and relics of his less than perfect life.

Bert looked around the suburban area where in which he lived. People were milling about. A dog was sniffing a tree stump.

And the same tree.

He was going to see a man trap his fingers in a car door and there would be a plane flying overhead in 3,2,1.

The clouds that were passing above his apartment complex were the same shape and size as the day before.

He remembered the form resembling the Gelle Fra and it made him chuckle as much now as it had done previously.

And come to think of it, perhaps even the day before that.

He grabbed the TV remote, flicked it on. Slightly panicked now.

The news reporter was wearing the same shirt and tie combo.

His co-host decked out in the same blouse.

The headlines were the same.

Bert chuckled as he finished the news reader's sentence...

"...Police require anyone with information on where the scientist may have fled to, to come forward."

Bert did some mental arithmetic, if he took a different route he would not step in the dog mess on the way to the bus.

In fact, if he didn't bother with the bus at all he could likely shave some time off and get there before Adam.

Adam, that weasily little shitbag, he'd passed off Bert's work as his own yesterday....or, he was going to do so today. But Bert would put an end to that. Get to Hastings before the toad faced little arse could.

Also, and this was big news...tonight's match....or rather yesterday's...was screening tonight and Bert was due to meet with the lads. He'd lost 50 euro betting on The Blues. They'd got hopelessly humped and today, the new version of the same thing would mean he could go big on The Reds, he was not known among the 5-A-Side crew for being particularly carefree, so he would surprise them all with his 'stones'.

Besides, if this was all going to play out the way it already had, Bert was in a win win.

Bert dressed quicker than usual. He ate a swift breakfast on the go, two slices of buttered toast, which today he had stopped from burning and went out into the familiar sounds and smells determined that today was going to go his way.