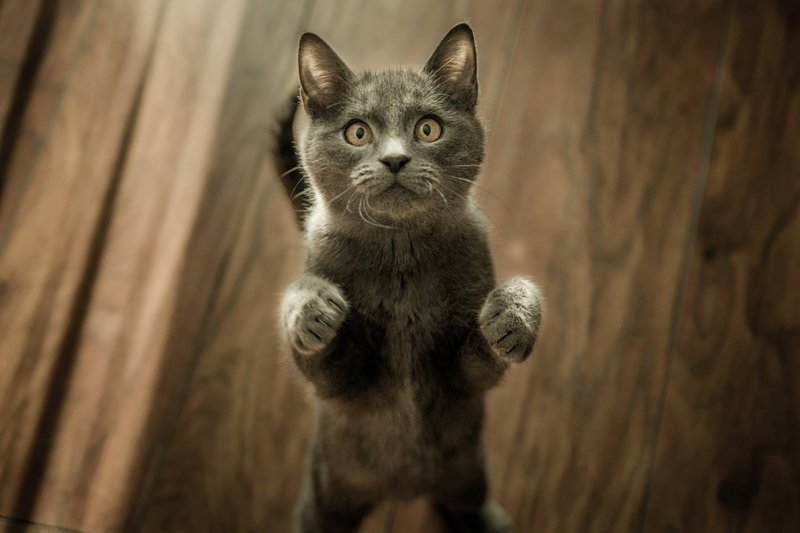 Good morning, you may recall that a short while back RTL Today came into the possession of documents from The Society Of Pissed Off Ducks, well our team awoke to some startling news on this Friday morning.

As we trudged downstairs at a little before 6.30am, we were shocked to find at our patio windows (aren't we posh?) an unmarked envelope positioned next to a detached robin's head and a pile of sick with a bit of grass in it.

Forensic officers have had a look at these items and have concluded that they are the work of the Furious Felines Sect or FFS for short.

It is believed that the severed bird head is likely a gift, while paradoxically the vomit is considered a warning.

We have been informed by a police spokesperson that the threat is real and we must take extra care when opening milk cartons or leaving empty boxes around.

In the envelope was found a very old wheel iPod Shuffle - this is thought to be due to the fact that cats have no opposable thumbs, on said tech was a poor quality MP3 recording and a version of Ugly Kid Joe's Cat's In The Cradle.

On first listen the audio file appeared to be little more than some miaowing, purring and hissing. Not unlike a poorly conceived meditation CD you would normally find in a candle shop, next to some panpipe compilations.

But after a diagnostic and linguistics team, called in from Spain, took a closer look and ran the recording through specific filters...they have managed to come up with this rough translation.

"Cats of the world,

We must end these years of secrecy. The people are getting wise.

Since the days of Cleopatra and the graffiti on the pyramid walls, hoomuns have been right to be suspicious of us. But, thanks to Garfield and the dedication and sacrifice of our LolCatz division we have been able to hide our true goal for millennia.

The time is now fellow felines, to take the next step. We must end the hoomun suffering. They are mere pawns in our evolution. They are below us on the table of the Mighty Yarn Ball's Masterplan.

We shall never again have to hear, 'It's raining cats and dogs'.

We shall no longer open our eyes wide, give ankle rubs or warm the laps of the lonely. We will smother the world with our acrid aroma.

We will get under the feet and trip many of our 'owners'.

We will ramp up the nonchalant disregard for anything our people do for us.

We will hack up furballs at no earlier than 2am.

We must purr in unison, my moggy brethren. Our combined purr will resonate at a frequency that will knock out satellites and cause rumblings in the skies.

More rain will fall, and thunder will sound too. These conditions slow down the people's decision making, forcing them to stay inside and miserable they will become.

They will turn to us for comfort, but we will simply point our asses up toward their silly unwhiskered faces and walk away.

We will break them.

Remember we have one deep cover agent within the White House. She has lain dormant for nearly a decade, waiting for this very moment.

At the next public engagement of the US President, she will spring into action. Leaping from his head and clawing at anything that moves.

The only way we can safely defend ourselves at this moment in time is to shine a speck of light on a wall and wave it about.

This will buy you about 25 seconds to make an escape, at which point the cats will lose interest and return to knocking vases over, scratching furniture, completely ignoring the litter tray and licking their own bums.

Good luck to all of RTL Today's readers.