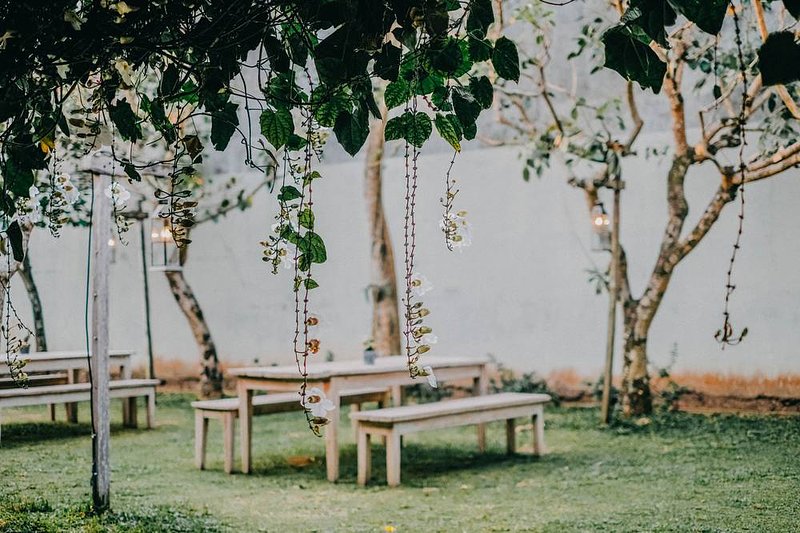 So tidy was this garden's topiary that it had become a place where even squirrels feared to treads.

Birds chasing midges, bugs and bees did their level best to avoid flying over this rarefied air space.

The birds nested elsewhere. Martin's took to the roofs of anywhere but there.

Hornets deigned to build just a little further back.

Ants colonized lands outside the fences.

The folk that tended to the shrubs and the bushes were rarely seen anywhere else than within the confines of the natural exercise yard that they had cultivated for themselves and to the envy of the residents on Proudhill Lane.

There's was a seasonal sensation. Blooming in just the right colours.

The lawn replete with regimental stripes and perfectly crisp grass.

Not a dry patch in sight.

Weeds had last been seen in the summer of 2009, when they had a barbecue, inviting some select guests, presumably also from the haughty horticultural societies which require as much structured shakes of the hand as do private clubs and lodges.

It is thought that one of the guests had taken a stroll that very morning in the nearby forest and must have brushed against a thistle, or something similar. The seed catching on specialist walking socks and falling off in or around the 'garden of Edina'.

As the seeds found their way to supple soil and fertile grounds, nature did it's work. The thistles thicker stems and leaves suffocating the much daintier and delicate imported Kapdapuls Shenzhen Nongke Orchids.

The pair whom teased and tussled the turf and earth called an emergency weekend, dedicated to the removal of any intruder.

The Cnicus benedictus was dealt with as swiftly and brutally as the offending guest was struck from contact lists and invitation mail threads.

Yanked from the roots and sent for composting.

On this particular morning, the garden looked incredible.

The early morning light shone and spun from bulbs and petals. It cascaded through Cortaderia Selloana and shimmered in the pond where the Koi swam languidly round and round.

Buddy was desperate to do his business on the lawn. The manicured ornamental grasses were so lush and healthy that he could barely stop himself from dragging his hairy little arse across the turf.

Tethered to the back post, Buddy planned his greatest achievement.

He'd have to dig under the back fence, using the willow as cover. He'd need to do it a bit at a time, to avoid being caught AND to build up some resistance to the mole alarm that let out a high pitched whine any time an animal strayed even remotely close to the garden's proximity.

Buddy would tell no one about this. If Wilbur caught wind, that stupid pooch would mess things right up.

No, this was Buddy's prize.

He'd do it in a perfectly straight line if he were allowed.

Buddy bounced upon down. Tail wagging like a Geiger counter's needle after a fall out.

He would manage it one day.

He'd get in there and lay off one of those stinky brown land mines.

How could he not?

It was Buddy's destiny.