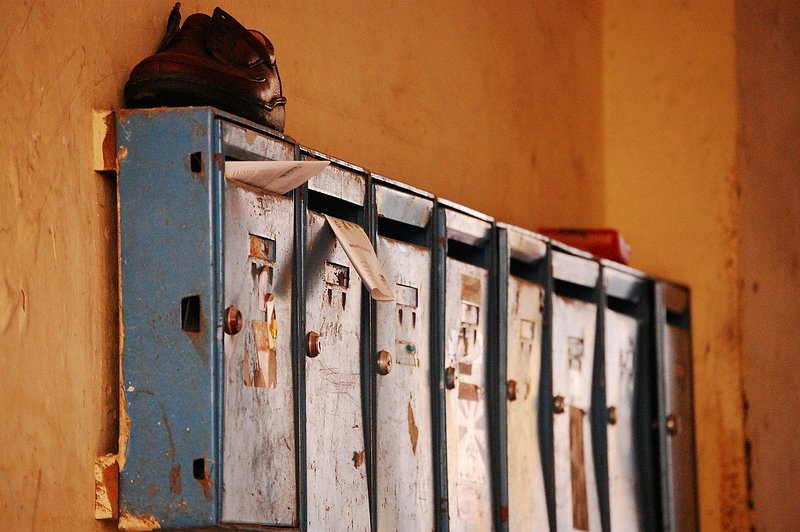 Sun waited patiently for the postman. Or at least as patiently as one can do when waiting for the BEST. DELIVERY. EVER.

Any time from now and up to two weeks they had said.

Sun had already packed his things. Properly, like. Not they way cloud had done. Cloud had simply grabbed what was closest to hand and jammed it in a suitcase. Sun had laid everything out. Day by day.

Rolled his socks, not bunched them.

Shoved his undercrackers in his shoes so as to save space.

Sun thought there was a flicker of movement by the front gate. Just the neighbour's cat on the walk of shame. Kept everyone up with the shrieking and hissing. What a din. Still, the cat was slinking about, not a single care in the world.

Sun was giddy with excitement. Bouncing up and down like a kid in the back of the car who has been told it was just five minutes until a toilet break, and that had been at least 30 minutes ago, Sun was about to burst.

Sun had been flicking through various brochures. Had been comparing paths and attractions.

Sun had mentally spent the 50eurs at least 10 times over.

Sun peaked through the letterbox. The flap lifting up at random intervals. The reverse of a dog wanting to tear the postie's arm off.

Which hat was Sun going to wear? He was going to have to go incognito after all. Some of the hats were a little too hip hip, and some, if truth were to be told, were not hooray enough.

He'd need to get it right.

Sun had had a walk-in cupboard installed at his gaffe early in the year and since the lockdown had started he'd gone a little overboard with the online purchases. His garage was stuffed with boxes that had been ripped and crudely flattened.

Opening the door to that scene was presumably how things might look after an origami Godzilla had laid waste to a paper Tokyo.

Sun waited for the sound of feet on gravel. Could not wait for the delicious sound of the creaking hinges and that glorious crunch,crunch.

It was 7am. He'd been here since 6. Not once in over 4 years had the postie come before 9! But this was a special delivery. This was important. Surely the postal company had taken on more staff. Had briefed them on the heightened expectations.

Sun sunk back on to the bottom of the stairs.

How far was 50 sheets actually going to get him?

A couple of pig knuckles and some bubbles?

He'd end up spending more of his own 'hard earned' wonga, wouldn't he. 'Help kickstart the economy' said the man with the ill-fitting suit and babyface on the TV.

True enough, there were many places that Sun had yet to visit. Some by contractual obligation and some by restraining orders following those stints in rehab. He'd need to watch out for the 'Paps hiding out in the bushes too.

Desperate to get a snap of him and Rainbow again.

Nah, Sun thought, this will be great, see some of the countryside, discover some secrets. Get away from the shared digs.

Spend a little, live a lot.