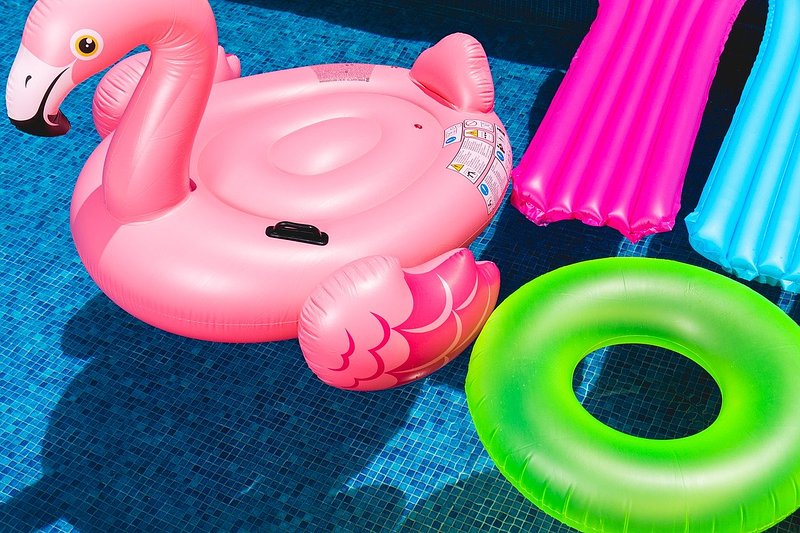 The Weather God lay on a rapidly deflating lilo. His short break was almost over. The wind was picking up. Pushing him from one side of the pool to the other.

The breeze was pleasant, wafting across his chest.

It had been nice, these past few days.

He took a quick sip of the Mojito he had placed in the tiny circular pocket of the flotation device.

A flimsy container at the best of times. Also a handy metaphor for how precarious things really were. The glass was covered in a tiny film of condensation.

The Weather God had enjoyed his time off here. This remote spot. Well-off the beaten track. Especially under these conditions.

He had been banned from the mountains...due to the avalanche.

He was not allowed in the desert...due to his penchant for heat.

He was barred from the seaside....you know, because of the waves.

City tours were a no-no too, given that he messed it up for everyone with unexpected showers.

The Weather God's tummy rumbled as loud as thunder and he considered ordering some tacos. Yeah, they would be just the ticket.

He had eaten a round of curly fries already, yes and this was his fourth Mojito.

Or was it his fifth?

He was dizzy alright. And it was maybe just the sun.

The Weather God rolled to his right, reached for the side of the pool. Looking for the menu. His ample buttocks wedged firmly in the plastic ring. He felt himself teeter and he listed to the side. The glass began to slip from its resting place.

He tried to compensate in an effort to catch it.

He wasn't always this way. He used to be lean. Mean. A weather machine. Oiled and primed.

These days, he'd let himself go. Became more casual and distanced from his duties. A flick of the wrist here, a cold front there. A dismissive nod to the east and a hurricane in the west.

Inertia was doing its work. As nature intended.

The irony was not unnoticed.

Swishing and swashing his arms, the Weather God was floundering.

His tummy was making sounds so loud that the people also sitting poolside began running for cover.

The lilo bobbed once, flipped back, bobbed twice and upturned. Despite our WG's best efforts, where his head should be were now his feet. Kicking in the air.

He wriggled and shiggled. Trying to free himself. Where up was down and down was up, The Weather God's life began to flash before his eyes.

All those good old days, where he had gotten the conditions right on point.

Where had it gone so wrong.

He saw the mint leaves float past his eyes, he saw the straw swimming out of view.

With his ass in the air and his tummy louder than hell, the Weather God remembered his place in the world.

He laughed loud, the bubbles breaking the surface of the water. He heard the lifeguard's whistle.

If he got out of this, he would do right from now on.