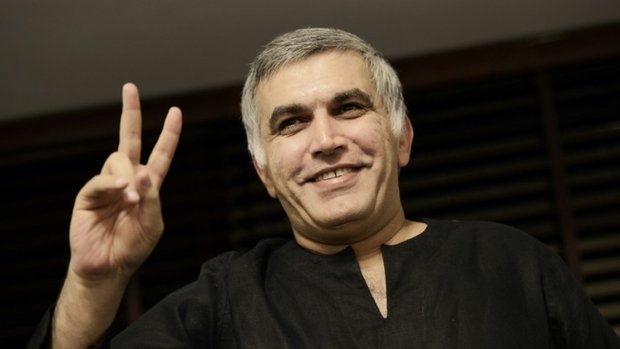 Nabeel Rajab was one of the leaders of the Arab Spring uprisings in Bahrain. / © AFP archives

In most countries, Valentine’s Day is a celebration of love and romance. Not so much in Bahrain.

14 February has a far more sinister connotation for the small Middle Eastern island nation. Today marks the 9th anniversary of the failed popular uprisings against the Al Khalifa royal family, which were one of a series of events across the Middle East in early 2011 that came to be known as the Arab Spring.

With the people of Bahrain still suffering from the threat of arbitrary arrest, torture and even capital punishment, it’s worth asking: what can Luxembourg do to protect human rights in Bahrain?

Spurred on by the self-immolation of Mohamed Bouazizi in Tunisia and the overthrow of Hosni Mubarak in Egypt, protesters gathered in Bahrain’s capital Manama on 14 February 2011.

Key demands included an end to systemic discrimination against the Shia Muslim majority of the population by the Sunni Muslim royal family, a ban on the use of torture by the security services, the release of political prisoners, and the institution of large meaningful political reforms.

Hundreds of thousands of Bahrainis joined in the protests, with many setting up tents on Pearl Roundabout, which soon became the epicentre of the uprising.

The Bahraini government, led by King Hamad bin Isa Al Khalifa, was initially unsure how to respond, using force in some areas while allowing the protests to continue.

But on 16 March 2011, having received backing from Saudi Arabian troops, the Bahraini authorities decided to crack down.

A three-month state of emergency was declared, Pearl Roundabout was stormed by government soldiers, and the nearby Salmaniya hospital was overrun by troops who arrested doctors treating injured protesters.

Scattered protests continued in the months following the crackdown, but could never muster sufficient support to challenge the government. Repression had defeated the uprisings in Bahrain. 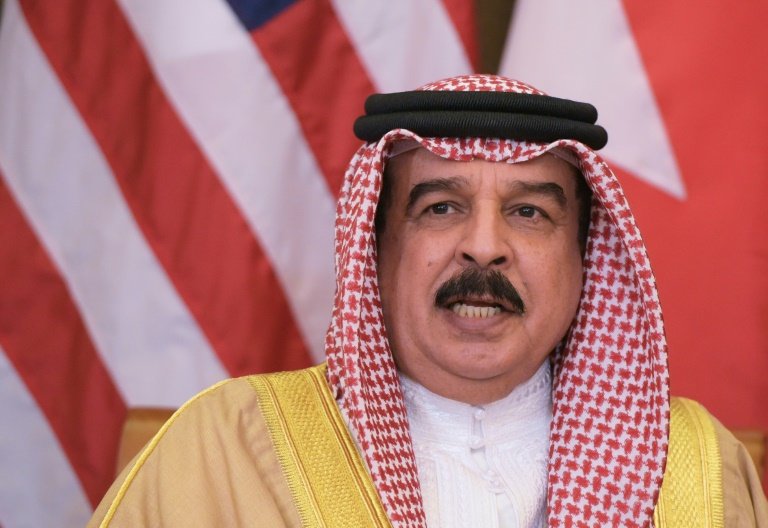 In the aftermath of the uprisings, many of the most important leaders of Bahraini civil society were arrested.

One group of imprisoned activists came to be known as the Bahrain Thirteen, which included among others:

Abdulhadi al-Khawaja, the co-founder of the Bahrain Centre for Human Rights;

Abdulwahab Hussain, one of the founders of Al Wefaq, the main opposition party in Bahrain; and

Hasan Mushaima, secretary-general of the Haq Movement, another opposition party.

These three human rights defenders and political leaders remain in prison in Bahrain along with an estimated 4,000 other political prisoners, in a country with a population of under 2 million.

In the years since the uprising, the authorities in Bahrain have continued to crack down on civil society and any forms of dissent.

Independent media outlets, such as the newspaper Al-Wasat, have been shuttered. Opposition parties, including both Al Wefaq and the Haq Movement, have been closed down.

Furthermore, a moratorium on the use of the death penalty was lifted in January 2017, and several young men have been executed in recent years, including Ali Al-Arab and Ahmad al-Malali in 2019.

How Luxembourg Can Help

Luxembourg does not have an important diplomatic, military or economic relationship with Bahrain, but that does not mean it is powerless to defend the human rights of its population.

Just this Wednesday, MP Sven Clement of the Pirate Party organised a special debate in the Luxembourg Chamber of Deputies on the issue of human rights violations in the Middle East, demonstrating Luxembourg's willingness to discuss human rights issues.

However, there is much more that the government can do to protect human rights in Bahrain.

As The Gambia showed with its recent accusation of genocide against Myanmar, small states can use international institutions to hold human rights violators to account.

In this case, the prime venue for change is the United Nations Human Rights Council (HRC), in Geneva.

Luxembourg has launched its candidacy for a seat on the HRC for the period 2022-2024, but all countries have the right to introduce joint statements highlighting human rights violations at one of the Council’s three yearly sessions.

Using this mechanism, in March 2019 Iceland submitted a joint statement criticising the arrest of women’s rights defenders in Saudi Arabia, with the signatures of 37 countries, which soon resulted in the Saudis’ release of 7 political prisoners.

Luxembourg, should it wish to do so, could easily devise its own statement criticising the situation in Bahrain, and calling for the release of the leader of the Bahraini opposition, Hassan Mushaima, as the first step in a national dialogue that could reconcile the country and end the widescale violation of human rights.

The consequences of such an action for the people of Bahrain would be immeasurable.

And by tackling this issue, Luxembourg could go a long way towards fulfilling its declared foreign policy aim of supporting human rights worldwide.

Thomas Tutton is a regular RTL Today contributor. He is an Advocacy Volunteer with Americans for Democracy and Human Rights in Bahrain, an NGO defending human rights in the Middle East.