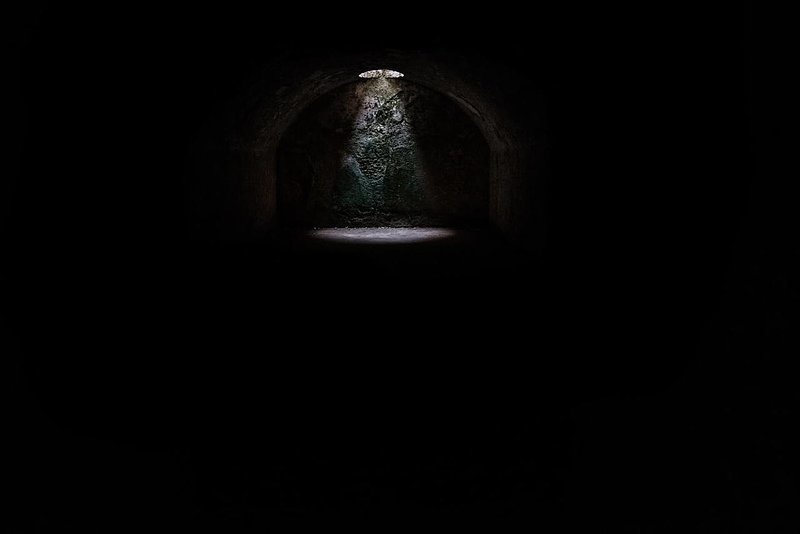 They'd been shouting for hours.

Hoarse they were. Throats scratched by calling out for everyone.

They were thirsty too.

Their feet kicking up plumes of fine dust, illuminated in lamp light.

It had been Richmond's idea to head into the tunnel mouth.

The darkness had enveloped the city a month previous. It had consumed everything.

The 'grid' was down. No power. Without power the people had begun to lose hope.

Preachers had been stood on street corners after week one. They prophesized the end of days. They called for a God to save them. At this point they didn't care which.

Looting had come after week two.

The deaths came shortly after.

There had been no warning when the light disappeared.

It was as if a switch went from ON to OFF.

There had been no plan, other than Richard's.

The 'nothing' as the historians would note it, took everything. This was not merely the dark before dawn, this was an absence of light so pronounced that the shadows ate everything.

Where you once basked in the presence of architectural wonder, there was nothing. You'd think you could feel it. Touch it. Sense it.

But there was nothing but ether.

The best way people could describe it was like when you close your eyes. Except your eyes were open.

BitCoin was ruined. Cash money, as in any paper notes, were being burned in order to keep warm.

Generators were of little use. Once started, they merely indicated a location ripe for pillage.

Animals were feral. Your pets no longer your friends.

Richmond had heard rumours. There had been a speck of light by where the sports hall had once been. It was not more than a 500m walk along the tramlines from where the shopping centre had bustled with activity a month before.

Richmond had decided to check it out. This speck. He needed 'to move' he had said. He couldn't just 'sit here and wait to die'.

His voice had carried. It needed to, as no one could put a face to the name. It's amazing how things alter when your perspective is forced.

He had battled the demons in his head about the best way to go.

Some of the voices he argued with he could no longer distinguish as being internal or external.

No matter, the speck was all that he needed.