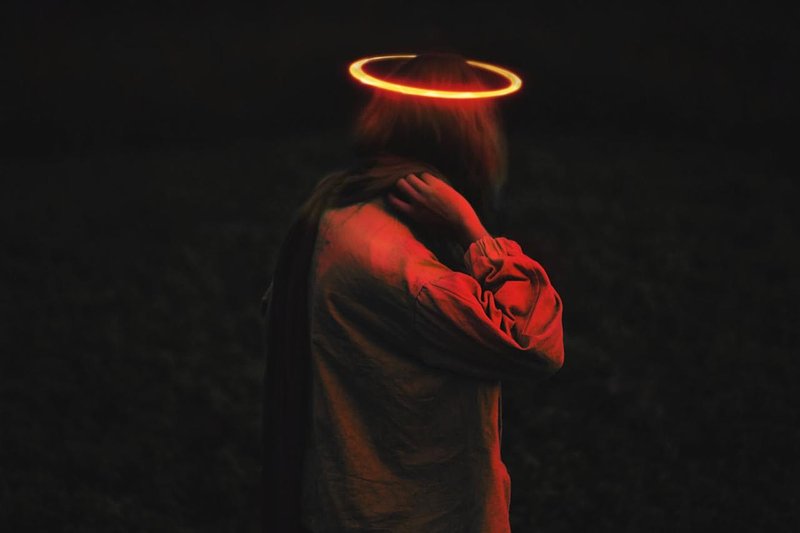 The public was a fickle group. Led en mass and, while easy to manipulate, hard to move.

Like a herd of grazing cows, chewing the cud, they were not easy to get going...unless motivated by greed, or rage, or racism...or a combination of each.

And, in recent years there had been a noticeable change in the morning habits.

First it was nature.

Gone was the morning song of the excitable feathered friend. No longer were their chirrups and whistles and ornithological chat up lines heard.

The morning sonnets had been replaced by a Gregorian chant of sorts. Throat singing. A tenor chorus of dismay and dissatisfaction.

Then had come the conditions. Grey was all you could see.

A fog was hanging around, so dense that it made pea soup look like a broth.

The lack of nature and the sound of machines replacing the ambient noise meant for a public all too tightly wound.

Online retailers had shut ALL the high streets.

In fact, all the streets were good for now were for stops on public transportation routes.

This was not the shiny new future that people had pictured.

That the touched up pictures had depicted in all the press clippings championing for a brighter tomorrow.

Some had thought this way of thinking as far too pessimistic and then had flung their half-full glasses of Matcha against a wall in a fit of rage.

The fog had made things perpetually dark. It was a permanent twilight. But not the sort that was darkest before dawn. Just dark.

But where there is a will, there is a way, and some bright sparks had recognised that weather is King....and Queen...and absconding Prince.

Recognising that, as some like sun (now available as a feature in your apartment living) and heat, others would otherwise prefer fresh and cold. Some melt when oiled up and tanning and simply love the risk of skin cancers from UV lamps. Others wear shorts in winter and appear impervious to changes in temperature, even drastic ones.

Being able to recognise a gap in the market had always been a strength of Barnett and Farnum.

The pair had made a fortune spinning out tag-on-tat to fleeting frenzies and the 'must have' this and that.

No craze had gone by without B&F, who were BFFs incidentally, to get their cash in.

B&F had noticed that the weather's tendency to wane in the first quarter had a direct knock on to the general air of the public mindset and had decided to get R&D in on the action.

R&D, we should point out, was not Research and Development as you might have expected, but in fact Richard and Daphne, who were, in fact, B&F's R&D dept. Do keep up.

They squirrelled away ideas of how to best manipulate and coordinate the disgruntled denizens of EverywhereVille and Nowherebourg.

They had wanted, not to control, but to cajole. To lift the spirits, to see the graphs go from red to black. To see the zeroes come AFTER the nines on the balance ledgers.

They came up with a halo of sorts. A kind of floating frisbee. It would sit not more than 3" above your head. Higher if you needed. But no lower, so as to avoid being a nuisance.

This H.A.L.O (Holographic Autonomous Life Optimiser) could be set to display individual weather preferences for those that craved certain climatic conditions.

The Halo's many tiny projectors could, and would, beam your preferred weather system into and onto your own private universe.

That is three square feet of personal space.

Coupled with VR and AR glasses, if you wanted to walk in the first fresh snow, every gosh-darned day, you could.

If you wanted to be swathed in the Mediterranean sun, easy...flick the switch to 2.6, MS.5.

You could change the settings to vary throughout the day, so you'd always be reminded that your fake conditions were hugely better than your real situation.

You could make it rain inside.

Haptic suits could ensure you felt the chill, or you could get wet, without needing to dry off.

There would be no interruption. No interference.

A minimum of micro-transactions and only the merest hint of governmental control.

B&F called their masterworks a Transportable Weather Apparatus Terminal, though it was generally agreed the acronym could do with some work, and production began in earnest.