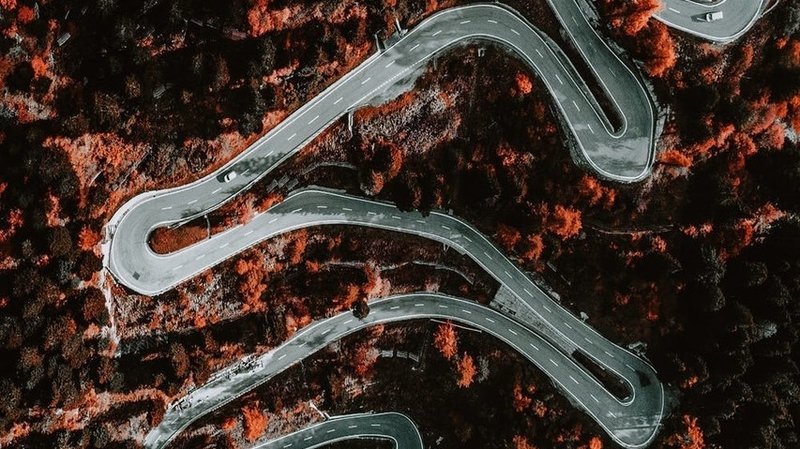 A newspaper was slung across the roadway. Dancing a slow and club footed tango.

Dampened by rainwater, the soggy mass was now considerably heftier than its neutral, and natural, state.

Hitting someone in the kisser was gonna leave a sting.

The pavement was yet to thrum and throng.

Early birds were chasing worms, going about the chemical kickstarts and setting minds right for the rigours of the day ahead.

Getting from A to B these days meant completing the alphabet in any random order. Vowels could be missed entirely.

'As the crow flies' no longer applied in a system that prevented travelling in the most direct route.

And all we'd achieved were standstills.

Snaking queues of disgruntled and dishevelled workforces wound their way from the suburbs to the city. The lines of which were increasingly blurred.

The paper, the one which ran with the headlines about free transport, suddenly, caught in a gust, shot upward.

Way above the roofs of the new HQ's. The lights were gorgeous. Up here everything looked so simple.

In amongst the clouds and the breeze, the paper was gliding silently across the skyline.

The pages turned, did so in clumps. Due to the rain water.

Due to the way liquid reacts with paper.

The Royal Family had made some comments. Some sportsperson had done some sports.

A war was happening somewhere else. Thankfully nowhere near here, so was toward the middle of the page, somewhere not near the main stories.

A business was to be investigated for financial discrepancies. Such was the way with a lot of these things.

The paper pirouetted and looped...think that awful dragon sequence in GoT but with less Kaleesi and less Jon Snow.

'You know nothing...' quipped the paper, in a way that only anthropomorphized newspapers can do.

And so did the paper.

Plunged toward the ground.

The lights and windows whooshing and whizzing by.

The paper fell in a near perfect trajectory.

Kim, was sitting on the tram. She'd had a terrible night's sleep. Bedding in a new mattress. A memory foam, superduper, 100 day trial, 'simply the best you'll have'.

Her last mattress had far too many memories, so this blank slate one was a god-send, but sent by online retailers who played god.

Pre-occupied with millions of millisecond thoughts, Kim saw the tram pull up to her stop. Near the library. One stop earlier than she needed but she walked the 5 minutes.

These moments were to clear her head.

She shimmied passed the crotch guy - he always leaned out with his 'area', hoping for a brush. She ducked passed headphones chick - music WAY too loud, same song everyday. Really. EVERY. PISSING. DAY. Senorita - get f*cked.

Halitosis man was given a wide berth too and aftershave teen.

Hair flick girl always caught her out, but not today. Kim had planned for this. Having given up her car a month a go - jams too long, she'd gone for Public Transport methods and was struggling. But this few seconds she'd now got down pat.

She pushed the flashing button, the doors swished and swooshed open. The cold air rushed in. The warmth exploded onto the platform.

She saw only a shadow. Only a glimpse of yesterday's future.

She felt the sting.

And she slumped to the ground.

As the pooled puddles seeped into her trousers, Kim couldn't help but laugh.

People looked on as Kim went from a giggle to a chuckle, from a chortle to a belly laugh.

Slowly others joined in. Unbeknownst to them, despite themselves.

The laughing was contagious. But no one knew why.

What was the punchline?

What was so funny?

Who was the butt of the joke?

The paper sat in a puddle. Soaked through. Gradually decomposing.

The ink blurred and blended.