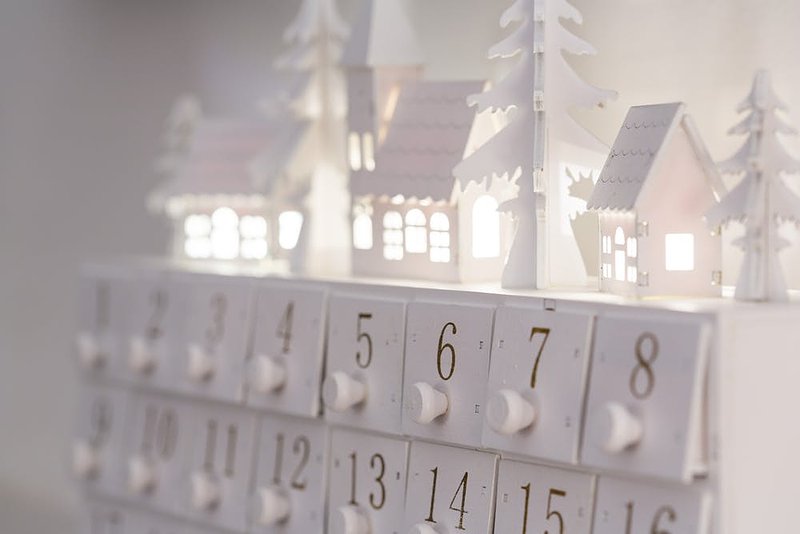 All these little doors

Dave found himself in a bind. A moral complex was beginning.
Now, before we get too tied up in mental knots, it is important to point out that Dave was a good bloke. He always got a round in, never shirked the biscuit buy. A stand up fella. Good egg.

In Dave's head though, it was like all his Christmases had come at once...and some unknown authority had cancelled them. ALL.

Now Dave wasn't prone to panic. He was calm as you like. Had ice in his veins. If you were on Who Wants To Be A Millionaire, Dave was the friend you would phone. In fact, should you be spending the night in the cells, courtesy of the constabulary, Dave was likely to get a call before the lawyers would.

So, with all this whataboutery, what was Dave going to do? He'd be found out by 8am. There were too many signs, all the evidence pointed to him. Plus, Dave was a terrible liar.

Once, when the gaffer had asked who had backed up the bogs, Dave had tried to push the blame away by concocting a story so bizarre, that you 'couldn't make it up' (for another day), but Dave's face gave it away.

Red and slick with sweat. He was bumbling and stumbling through this convoluted creation and nothing was sticking. In the end, he admitted he'd had a kebab the night before and, as such, had made a rather bulky deposit on the workshop loo. This had blocked the cistern, and that was the reason for the big yule tide log, floating atop the Royal Doulton.

Same as the one behind the red door, as it happens.

Dave, had been early. First through the doors. The workshop was empty. The lights had flickered on and now thrummed and blinked.

He'd fixed himself a brew, and that was when it had happened. He'd instinctively gone for the calendar and yanked the tiny choc snowman from it's tiny little tomb. Dave had popped the little sugar blob in his greedy gob without a second thought.

That was until the sickly but oh so sweet, choc ran down his tongue.

Today was not his day.

In more ways than one.

Today, it shoulda been Callum.

What a colossal cock up.

Cal would be livid, and he was known to fly off the handle for nothing at all.

There was a time, at the Zoo, with kids there and all sorts when, Cal had proper lost it (for another time).

Dave was flustered and flabbergasted. What was he going to do?

And the foil lay crumbled on the floor, the minuscule door ripped from it's cardboard hinges, hanging limply from a tiny thread.

Dave, felt like a criminal. He'd have to give up his turn.

The right thing to do.

Not a chance he was missing that.

He was going to keep sch-tum.

He was already sweating. Dave was sure he was going to be on the bad boys list.

Christmas this year was gonna suck.