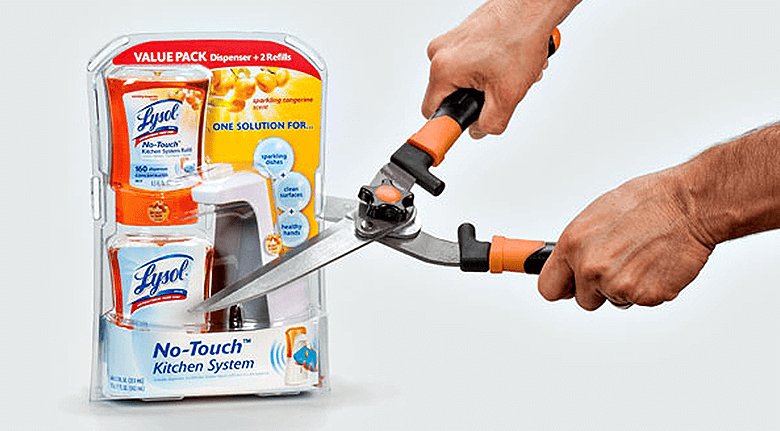 This isn't another of the many 'listen up dummy, recycle!' articles that you've had beamed directly into your eye holes of late.

No, this is a rage infused rail against stupidly packaged items. Ones that are dangerous, mean, or just down right stupid.

You will have at some point or another stumbled on the meme of the scissors that require a separate set of scissors to open the packet in which they are sold, yes? 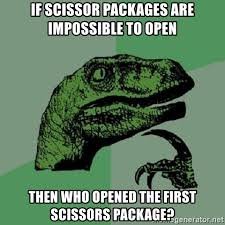 For many years, I was able to open my box of middle-class bran, without lancing the whole lot across my kitchen floor.

It seems that some design executive, in some corporate suite wanted to sex up the packaging flap a touch, and now the whole thing will rip to shreds at the merest application of thumb and index induced torque.

I could, once upon a yesteryear, open a cartoon of milk without it cascading down my front side. Same said for any juice carton. The spouts may as well be made of tissue paper. YES! I know it's 76% recycled product but I've spilled 76% of the product on my pissing floor.

I could, previous to design changes, somewhat ravenously get my filthy mitts into a packet of biscuits without the contents crashing to the kitchen foot-space and me then having to do the rather demeaning 5-second rule floor swipe. Even my pets have more dignity.

Kids these days won't know the pain of trying to get into a CD or DVD packet. The tiny fold of plastic that you needed to find was harder to locate than that mythical place called Atlantis. Don't get me wrong, as said at the outset, this is not me taking waste materials to task. I'm all for cutting down needless packaging.

What I am saying is the existing packaging should be relatively stress free. And, if at all possible not end up with a trip to A&E.

No joke, I recently ordered a stress relieving product from a well known online retailer. It was said to help me with sleep - the order not the retailer.

The package arrived and I had palpitations. The box was huge. I wondered if I had somehow ordered bulk quantity in error.

As I took the bulky box from our postie, I braced for the weight transference. It was light. Too light. The box was huge. And was rattling. Was the sleep assistance tool broken?

I opened the box to find the product slipping and sliding through a mesh of shredded card, as is the way in modern times. A surfeit of waste for a surefire frown. The box was four or five times too big for such a purchase. But the actual product was contained within one of those horrible blister packs.

You know the ones. Sleek and shiny. See through. Toight as a tiger.

It took my 15 minutes, a screwdriver and a fair few of my strongest cuss words before I wrestled the flipping thing from it's vacuum formed tomb.

I had cut my hand. Not a bobo but a proper slice. I was worried for a bit truth by told. I'm not squeamish but there was a fair amount of skin parting. Anyway, I wrapped it in kitchen roll and then applied three Sponge-Bob plasters and all was fine. 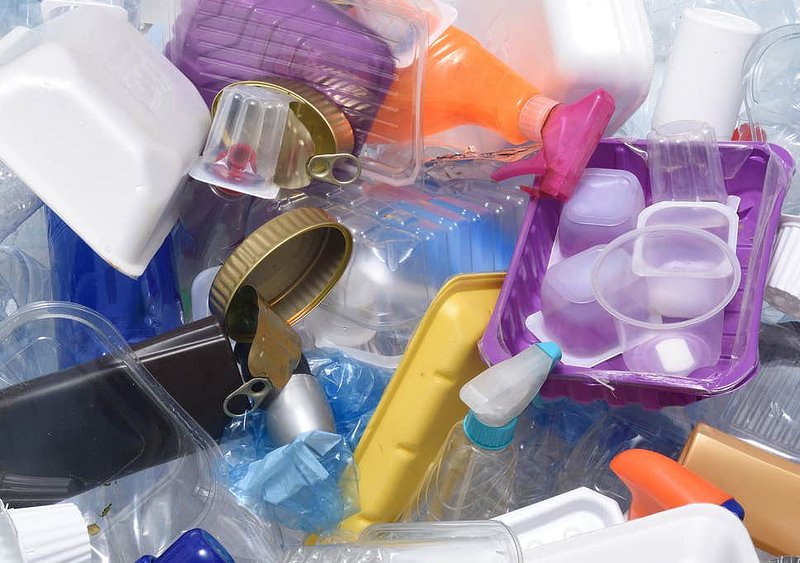 One day, I had to change some bulbs in our washing room (yes, very 1st world), it's dark in there. The packet was no longer one if the easy open cardboard varieties but another of the infernal plastic doohickeys.

As I wrestled and tore and flexed and hissed, likely calling up Loki for more mischief, I managed to wrench a hole in the packet and out flopped the bulb and promptly it smashed into smithereens. I was bare foot, in a darkened room with millions of tiny shards of glass just waiting to plunge themselves into the soles (and soul) of my feet.

It was like a rejected scene for the millionth sequel to Saw.

I am aware that there are many of these problems that are of my own making.

But I do remember a simpler time.

These day's, however, those in charge of packaging, and let's not mince words, they are friends with the Devil, are coming up with new ways to ruin your day and/or slice your digits off.

I understand the need for razors to be packaged correctly for example, for the better protection of the 'should know betters' or the 'too young to knows' but I am at tipping point when it comes to getting into one of these flaming packets.

So much so that I just simply shave less often or reluctantly opt to shave with a blunted blade.

Soon I will resort to try to scrape off my face fuzz with some lemon peel and a flip flop.

So, I suppose there is a recycling message in there after all.
______