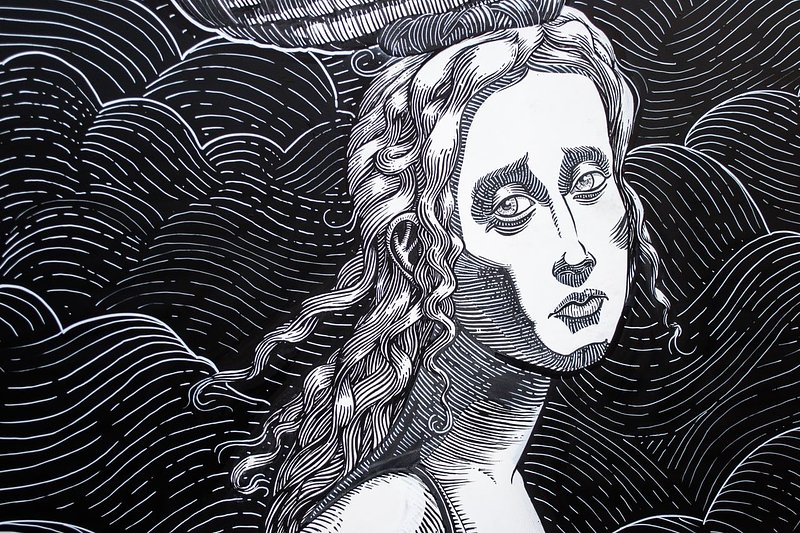 © Photo by Diogo Nunes on Unsplash

Once, before the grins and the exaggeration, our friend Sketchy had a 'real job'.

Taking down vague and often changing descriptions of attackers and assailants. Noting the tiniest freckle or potentially cancerous growth on the faces of those being dragged kicking and screaming to the paper representation of what truth is or was.

The 'victims', as they were labelled, would always be 'so' sure that the image they were presenting was the definitive picture of that which they had seen.

No matter that memory is about as reliable as the Metz-Luxembourg train timetable.

No issue that, when it comes down to it, there are only a handful of differences from face to face.

'Make the nose a little bigger, his eyes were more angry'.'She had a thinner set of lips and her ears were off-centre'.

The police constables and sergeants would come in and josh around about how the identikit world was one where everyone would be a suspect.

You know, as everyone would be looking nearly the same, given the lack of variety presented in the sketches. Black and white. Blacks v Whites. Guilty till...

'Can you make him look more, wolfish?' was once such request for a point of difference. 'He had a real predatory look about him that scared me, and that picture doesn't scare me. At. All.'

Why should the picture be scary? It's a third party retelling of a stranger's face after all - the memory of what occurred is where the fear stems from.

Sketchy had his HB, his graphite, his charcoals - he had water colours and acrylics too but the job didn't call for explosions of colour. Monotone and monochromatic were staple.

His fingers were perma-stained with a kind of coal dust. The bags under his eyes carrying as much past-history as some of his subjects.

One day, enough was enough, and Sketchy upped sticks. Moved to the sun. Taking a stool and easel, he set up in a beautifully picturesque Italian town.

The square was nice and quiet. Quaint, even.

From dawn till duck, weather permitting, Sketchy would outline the way people saw themselves and exaggerate it a bit. Careful not to cause too much offence but playful enough so that there was sufficient recognition.

You could catch the split-second between anger and acceptance. It was what Sketchy had come to live for.

More so than the five euro notes stuffed in an old baseball cap. And certainly more than when a tween wanted to be sketched next to her poorly photographed horse. Or worse, Justin bloody Bieber.

The trick was to attack people's faults. Hone in on their genetic failings and imperfections and make them 'cute'.

Some folk were never happy with the results. The distorted mirror was perhaps not the best choice for those with low self esteem.

Sketchy, took a fresh sheet of crisp white paper, a family of four were approaching.

Tired, squabbling. The father had an expensive camera and the kids decked out in labelled clothing. The mother..she was going to be a pain in the ass. Nose in the air, haughty, 'better than you', and a feint look of disgust at the square's more rural charms.

Sketchy set his mind to work and his hands did the rest.