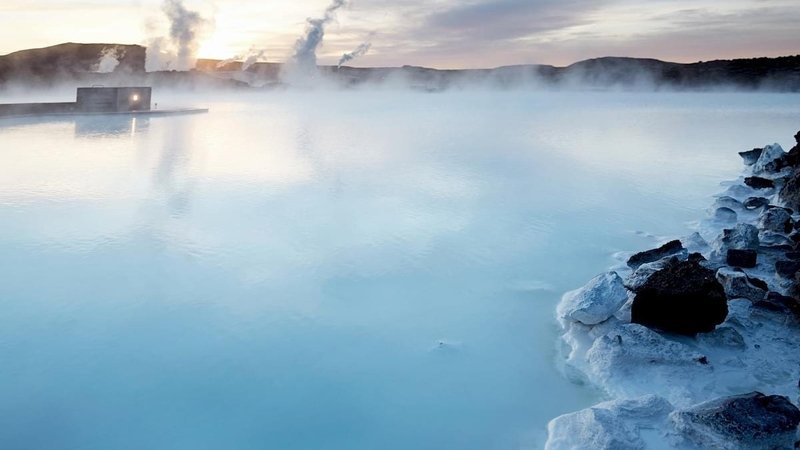 These people, laughing and joking. Can't they see it's raining?

What was there to be happy about?

This glass is less half-empty and rather in need of fulfilment.

Floating on this warmer water, these geothermal benefits...with the benefit of hindsight, she was alone in a crowd.

She looked around furtively, not quite relaxing, not doing what was expected at a place which had been built for that very purpose.

Had people seen her? What were they thinking? Never one to like the being in the spotlight, she was hogging the walls. The opposite of a limelight limpet.

A curious mix, as they were, these walls, made of plaster and lava, they were impressive and impassive. Rough with the smooth.

How fitting, she thought.

Face masks were given out to the holiday hordes. Hands held out, always wanting more, especially if it were complementary.

Slap some mud muck on your face so as to help you recognise a version of you that you wanted to hold on to.

She was here to be away from all that.

The unopened envelopes. The undue grief. The entirely unnecessary.

Looking around she saw smiles on the faces of people she had no intention of engaging with.

She felt them hollow and fake.

Their masks slipping in the heat and the steam.

Melted faces and contorted grins. She felt that these people were corpses stewing. Like a soup on slow boil. Rictus and rigour, fact meeting fiction.

Keeping her head above water, she noted the stereotypes in the water. The picture perfect family, hiding years of secrets. The Instagram happy fakers, digitally detailing dubious deeds. The ones who were escaping the life of Riley to live the life of someone else. The happy couple...unaware of the impending list of unending disappointments. Women's retreats, that were about NOT retreating but also NOT dealing with what was wrong.

Keeping up with Kardashians, staying ahead of the nearly rans. Be a social chameleon.

It may have been the free wine.

Giddy and light-headed, she made for the shallow(er) end.

Back at her peg, a hollow feeling sunk in. Where her gown and sandals should be were molecules of harshly cooled air.