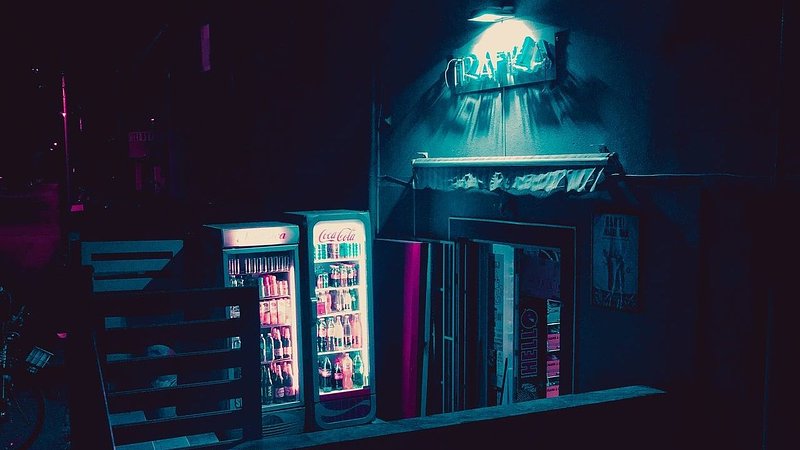 He was angry. Very angry! Livid, even. Vinnie was furious to be frank, and not sure why. Maybe being shook about this morning had knocked a circuit loose or something. But Vinnie sure was pissed.

He was going to mess up someone's day, no doubt about it.

Sure, he was approachable and friendly from the outside, but these punks had no idea how he worked on the inside. He offered tantalizing snacks. Rows and rows of instant sugar fixes. But his soul was as black as night.

Vinnie was sick of having to stand there. On his own. In the corner. He'd have to wait for ages until anyone came. Even when they did, it was often fleeting.

Rummage for coins. Shove the shrapnel in the slot - trying to pass off foreign coin-age too. The cheek of it! He'd have to listen to 'chat' about last night's 'must see TV', or eavesdrop on ear to shoulder phone stress. He'd get kicked, slapped, swore at. There was no respect anymore.

But at least it was interaction.

And these days it was happening less and less. People were 'health conscious' now, bringing 'super food' from home. His visiting frequency waned. As did his patience.

Some of his 'stuff' was passed sell by date.

The only way he could get people to stay was to 'eat' their change or to keep their selection hanging on ever so slightly on the metal coil. Almost but not quite dropping. A veritable cliffhanger.

There was a single stream of light hitting right on one of the Mars Bars, however, and this meant that while most of the sugary goodness was at perfect temperature, cool but chewy, one bit was super squidgy and soft. Hopefully this would drip on some poor schmo's shirt.

YES! That would make it all the better.

Vinnie chuckled, his lights blinked. A packet of crisps, wedged between the glass and the rail, came loose.

Now, what's this? Trevor from I.T is coming with a crumpled five euro note. There is NO WAY that's getting accepted.

And all of the sudden the day was much, much better.