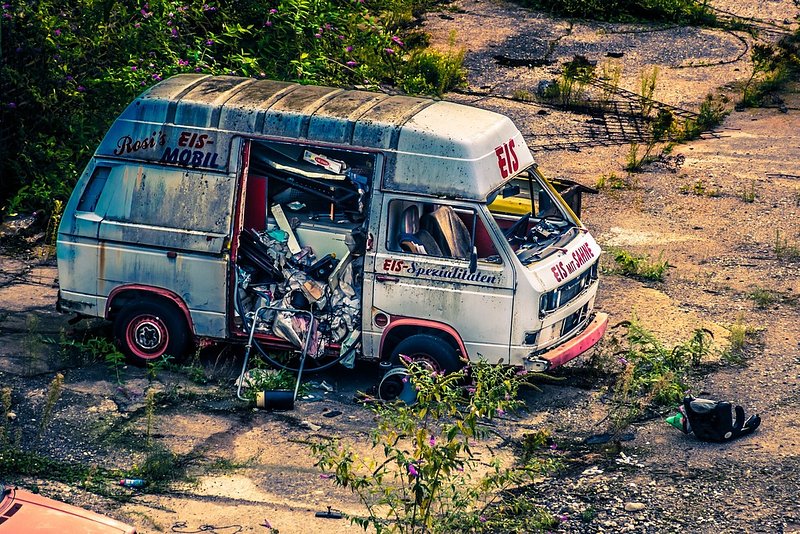 The going was slow. He should be there by now. The giddiness of the morning espresso was fading and being replaced with a sense of dissatisfaction.

Sure, he knew the roads were going to be busy. Heck, he was aware that a flood of people were going to head to the lake for some, air quotes, much needed relaxation. He had heard the news bulletin, frequently jabbing in between his favourite songs on the radio, opine that today the roads were bumper to bumper.

But he didn't actually think it would be as bad as it was. Of course he knew better. Like everyone does.

As Moses had parted the Red Sea, the vehicles moved to the side as the bright red engine appeared closer in his rear-view mirror. The siren getting louder as the emergency services lurched toward their terrible destination.

The vendor caught himself in a wicked thought: there had better be a proper accident. Someone better have died for this. Not some idiot simply out of petrol or having nudged another greedy lane changer. If this tailback was for something insignificant, it would be a giant pain.

Oh, if only his ice-cream jingle were like those. He could switch on the tinkling tune and instead of drawing the people like the pied piper to his truck and allowed him instead to breeze through the traffic build-up, then all would be forgiven.

It was too hot to be sitting here. Time was wasting and time was money.

He looked behind him and at the rows of little fridges, stuffed with delights. He saw the puddle on the floor. He did not hear the familiar little hum.

The refrigeration units had packed in. His livelihood was melting. Pooling on the floor in a miniature sea of dreams.

The radio said that a storm was coming.

And the vendor sighed. He inched forward toward the inevitable.