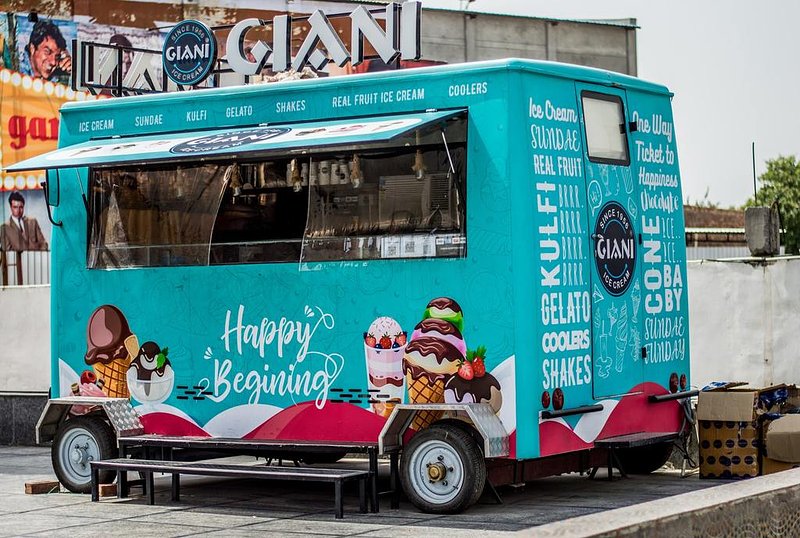 He had rubbed his hands with glee so often this morning that the top layer of skin had been removed. The Ice Cream Vendor was going to make a killing today.

The news report even said it was going to be a scorcher.

He was up early. Getting ready.

He was going to earn serious coin.

His jingle jangle calling tune came out in a half strangled whistle. He struggled with his bright white uniform. A few stains persisted, if you looked close enough.

The Vendor breathed in as he put on his too tight trousers. Wheezed as he pulled on his socks. He caught a glimpse of himself in the mirror, he could still cut it. Just about, right?

But where was the permit? That shitty little piece of bureaucracy that said whether he could or could not sell sugar milk and sugar ice to people who should be wearing far more clothing and far more sun cream? He'd attached it to the noticeboard, as he did every year. But it wasn't next to the postcard from Antigua, sent by Ralph. It wasn't pinned adjacent from the voucher for 2 for 1 pizza.

The Vendor's heart sank, he replayed slowly in his mind, how he'd gathered up a bunch of papers and leaflets and thrown them on the BBQ last night. His mind zoomed in on tiny detail. There it was....the edges browning and curling as the flames licked at the balled up paper. His permit was up in flames. Smoke now. Of no use.

Was he going to take his chances? He'd have to be careful. Yes, Janine, was a good friend....maybe more but he had been warned a couple of times.

Find out what happens in tomorrow's next thrilling installment of...... The Ice Cream Vendor part 2!