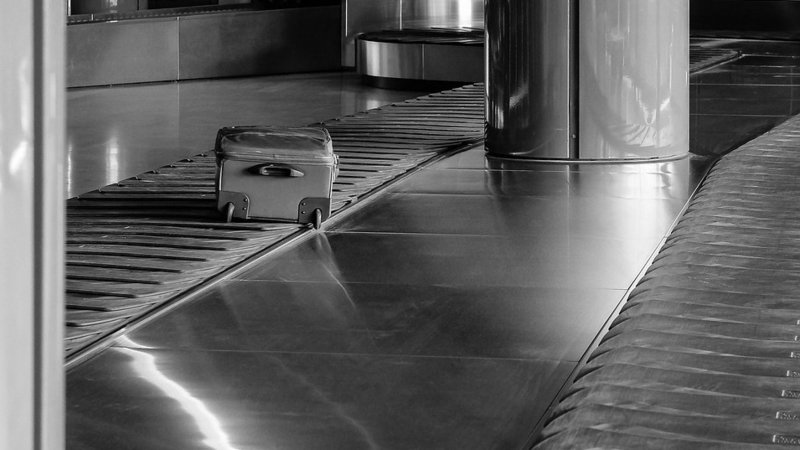 You're at the airport and you're stressed. You NEED to be the first person out the plane, through the queue, and in front of the luggage carousel.

You know the struggle, right? You have to stand as close as you physically can, right by the front of the carousel. It's a race. You have to be the first person out, you need to have your bag. You're asserting your dominance and your brethren join you, all forming a chain around the luggage carousel. 'We...', you all breathe in unison, 'are the best people at this airport.'

No, actually you're just d*ckheads.

I think there are a lot of incredibly irritating behaviours exhibited by what are apparently fellow humans at airports. People tend to become animals when travelling and you'll probably hear from me again, probably after I've just flown again. But in my opinion, there is a special place in hell for people who stand right up by the luggage carousel.

Let's look at two scenarios, right? On the one hand, you get to the carousel, everyone stands a metre away, and only moves forward if they spot their bag. It's logical, fair, and doesn't get on anyone's nerves.

The other scenario is thus: the first idiots to reach the carousel all stand as close as possible, poised to grab their bag (why? in case the airport workers up the speed and make you chase the bag for the lols? Come on), and elbows out. Somebody behind spots their bag. 'Excuse me,' they say. They try to get past the people at the front and fail to do so. They go around in a circle until they finally find a gap, and exasperated, get their bag.

Which of these scenarios is better? If we're looking by popular demand, it's the second. Which is INSANE. I hate it when people get in my way at airports and this exemplifies that trend. Nobody likes the lack of personal space in planes - unless they pay for first class, in which case shush - and everybody wants to get out quickly. Unless you've got an actual emergency or urgent connection to make, your need to get your suitcase does not supercede that of others. Finally, standing closer to the carousel does * not * make * your * bag * come * out * quicker!

Or maybe you think someone else might steal your bag? Yes, some of our bags really look similar and there could be a case of mistaken identity, but a quick solution to this is to tie something distinctive around your suitcase's handle. Alternatively, I really doubt people are keen to steal other people's luggage - after all, nobody wants your dirty underwear and souvenirs.

I'd love to understand the rationale behind this highly illogical and bloody annoying behaviour, but I don't think there's any understanding these kind of people. If you do this and you're reading this, I hope you lose your suitcase.
---