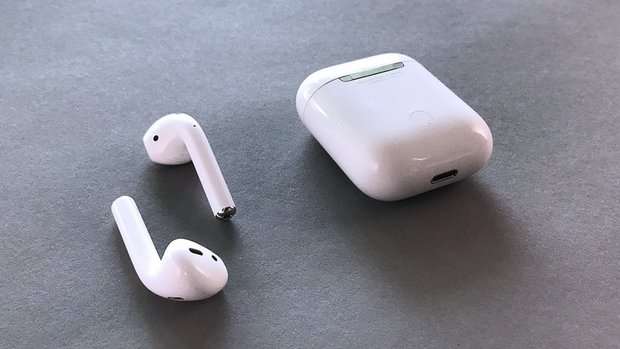 Air Pods are the embodiment of everything wrong with a future-proofing society...or so says Stephen Lowe.

Up until about five months ago, I'd been calling these things Air Buds, and I am ashamed. Not because I am wrong....they are insanely annoying but rather more because of this:

No Basketball-playing dog deserves my wrath.

Truth be told, I have always had issues with headphones*.

For years it was that the large over-ear ones in my house were too big for me as a kid and my parents wouldn't let me near them for fear I would damage the cable, or the jack.

These things were huge. You talk about modern neck stress from phone staring, you should have tried these for pearl diving. They were the type that would be in any self-respecting hipsters faux 60's living room.

After that I had those foam one that came free with a Walkman and when the foam inevitably rubbed away, the hard plastic was uncomfortable to say the least. Not ideal listening to Nirvana on a paper-round during a soggy Somerset September.

After that came a proliferation of in-ear devices, in varying colours, finishes and size. All came with inter/intra cables, all desperate to boa constrict and contort into needlessly infuriating knots. 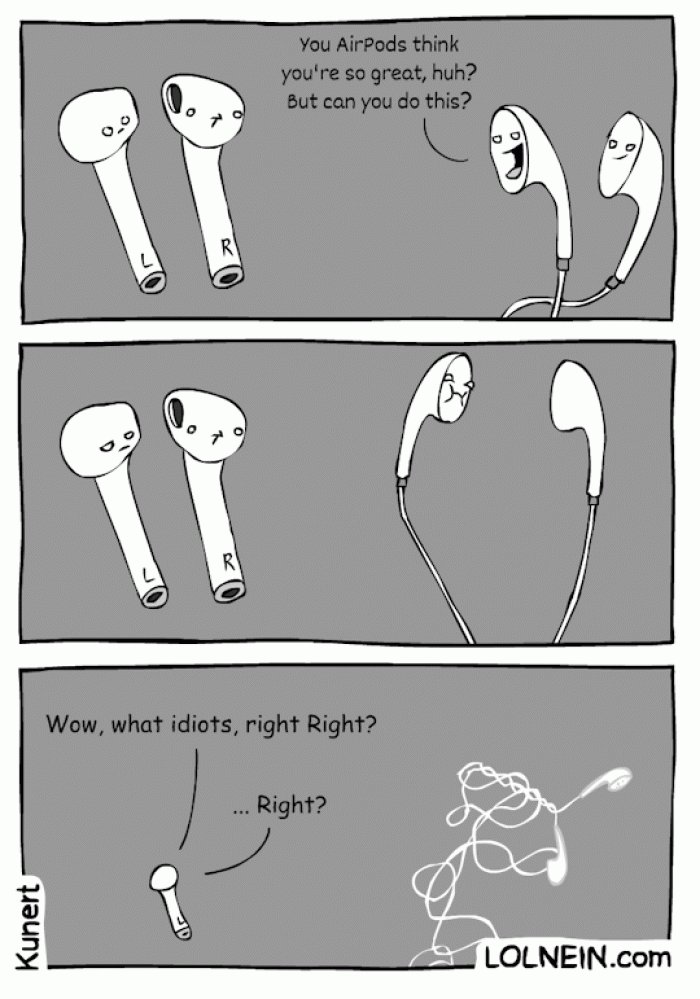 Now we are at peak in-ear noise can threshold.

It's just that I find them arrogant. Sometimes the users too.

OK, scratch that, definitely the users too.

I welcome the move to bluetooth/wireless with open arms and mind(s), I'm sick of the frustrated shaking, trying to free the phones from their umbilical tethers.

Be free my darlin's. Be free.

But there's something about the tapping and double-tapping of the earlobe that winds me up. There's the fact that if some sneaky snark is only wearing one of them, and that one happens to be obscured from your line of sight, you can't tell if that said sneaky so-and-so is listening to you or has half-a-mind on their latest 'work playlist'.

Invasion of the ear-lobe snatchers

It came along slowly. The RRP was too high for the majority of early adopters but the insidious creep of Wrath Of Khan-like ear parasites became increasingly visible.

From joke to broke and from few to many in a relatively short space of time.

Memes were commonplace, poking fun at the wireless half ear speakers. And, as is the want, fanboys and fangirls were tripping over themselves to laud it up or knock it down.

They, AirPods, the official ones and the cut-price third party replicas, are the very nadir of conspicuous consumption. Not unlike when Dre's Beats first came out, they are a symbol of (new)money, of being on trend, of supposed superiority. Straight to top of Xmas-list demands.

Now with the infiltration of AirPods, users seem to be symbiotic. The subtle way with which they are surreptitiously secreted about our sonic skin holders - it must be a nightmare policing these in schools.

Now, I have a blue-tooth set of headphones. I do. I've a set for the gym, they are wired to a neck weight, and I love them. When the battery does not conk out on me unexpectedly and I might, you know, have to acknowledge other people.

I also do not have the perpetual fear that one of my headphones is going to fall under my feet or drop and get caught int he treadmill in some awful Final Destination type scenario. 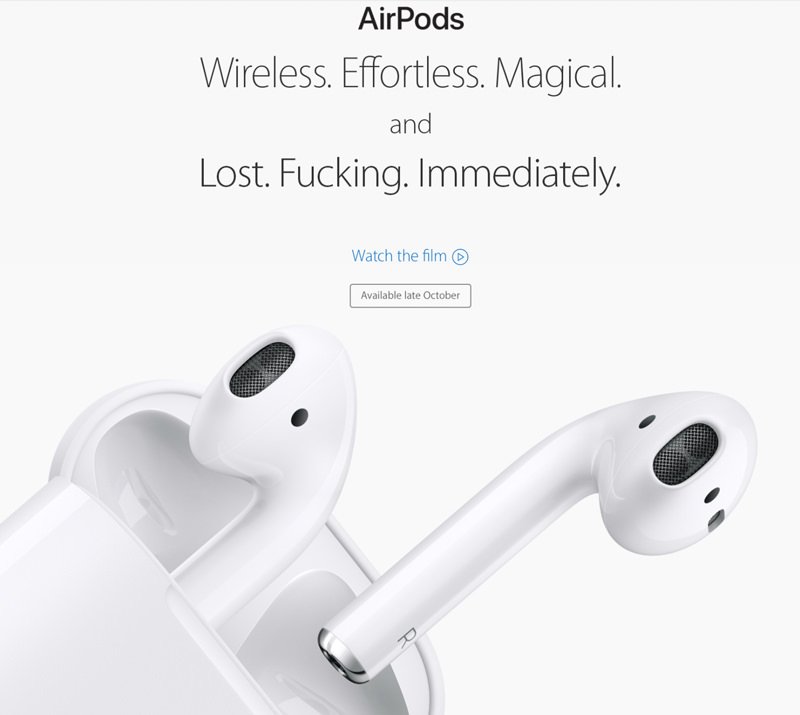 I have a better, over ear set for when I want to 'enjoy' music a bit more, you know, in my downtime. Which there is precious little of these days.

So, I can grasp modernity, and I am no, analogue child in a digital age cringe-making bore-some nebb, I just hate AirPods.

The way they alienate, with their dystopian appearance and they already zombiefied become more gentrified, and conversation is less a communication and more a reclusive whisper into barely there mics. It's the lack of interaction, despite the modern actions. It's the less not becoming more and the less becoming, well...less.

Yes, headphones, by design have been for the use of a single adapter for a single adopter, but these strides in tech make me feel ill at ease.

Oh, and I now discover that the AirPod box is also a charger. Man alive.

I want to go around like some post-modern Holden Caulfield and instead of waiting near the cliff edge to save kids from a death plummet, I want to wait in bushed and knock AirPods out of people's lugholes and kick the apparatus down the nearest drain to see if Pennywise can tell me if AirPods float down there.

Not only does reading this back seem like a suspicious hobby to begin, it will also likely end up with a stint in prison.

Or maybe I am over thinking this a touch.

I’m trying to be more present, more friendly, more aware of the world around me.

Waiting to be converted

*Bluetooth speakers are infinitely worse, that's for another column.