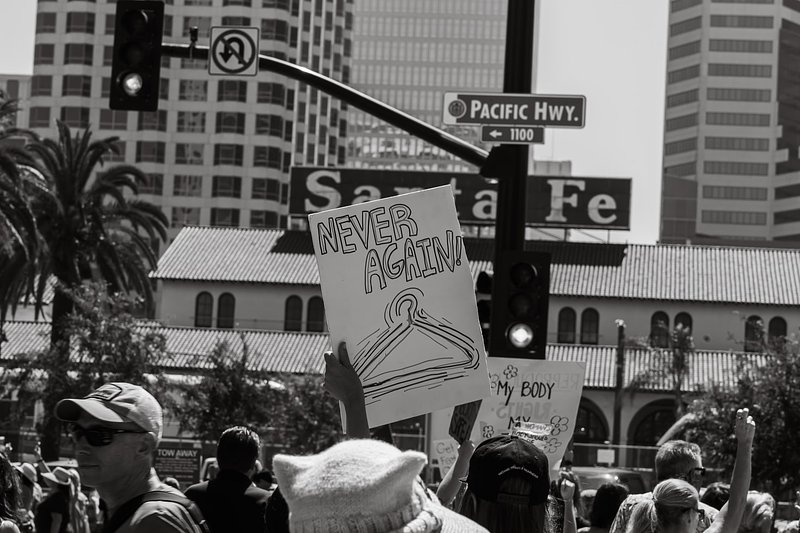 Last week, the United States witnessed a landmark decision regarding not only abortion rights, but chiefly one’s freedom over their own body.

The Supreme Court, highest judiciary power in the country, has overturned the infamous Roe v. Wade by a 5-4 decision vote. Although the law technically only affects the United States, it is nonetheless a message sent loud and clear about 21st century’s apparent progressive thought and more specifically, how it has regressed about 50 years.

The consequence? As of right now, more than a dozen states have already prepared to legally, thanks to the overturning, enforce ‘trigger-laws’ designed to limit or completely prohibit abortions. An example of the haste to ban these is Mississippi, whose Attorney General has already approved the overturning and stated that within 10 days the procedure is to become totally forbidden in the state. Following the same footsteps are Arkansas, Kentucky, Missouri, Oklahoma, South Dakota, and Wisconsin. Similar laws, perhaps more lenient in the eyes of a few, are to be enforced in Alabama, Ohio, Utah, among other states.

The overturning of the monumental court case which, in retrospect, gave women choice and ultimate freedom over their bodies, has essentially proclaimed the government’s stance regarding gender equality. There are no laws dictating what a man can or cannot do with his body. There is no stigma surrounding men’s choice to start a family. There are no expectations for men to eventually become fathers. Yet women are faced with a different narrative, one that is, ironically, written primarily by men themselves. Women are shamed, prohibited, and incarcerated for simply making a single decision, one that has more than enough weight to change the rest of their lives.

The nation that has just, allegedly, taken a step towards protecting lives - children’s lives - is the same one that only months ago made no change regarding its gun laws after one of the deadliest school shootings. Those same guns that, in their views, must be accessible, are also the things that have killed hundreds if not thousands of children in schools alone. If children have a right to life, why are they not being protected outside of the uterus? This then raises questions about the core of this overturning and the laws it has triggered. Is it about the lives, or is it in reality about control?

Another question is, why does it matter here, far away from the United States and all its uprisen chaos? There is no single answer, no definite conclusion that suits everyone. However, a message was plainly sent, and it says that women’s rights are up for debate and can be easily taken away if given the chance. Although Europe may not agree with many American decisions, this specific subject is not only sensitive but also controversial as it creates division. Poland, known for some of Europe’s most restrictive abortion laws, may as well be the first in line to reflect what the United States have just normalized. Is there any certainty, that other countries are not follow what may likely become a trend in the world of politics?

It is quite upsetting to witness how a world that tries very hard to be progressive, or rather seem it, falls back into comparatively ancient ideals, ones that created a significant drift throughout history, to say the least. In 1960, America’s Food and Drug Administration (FDA) approved the first commercially produced birth control pill, which allowed women to have some autonomy over their choice to get pregnant. 13 years later, the Supreme Court ruled that a woman’s choice to terminate her pregnancy was indeed protected by the Constitution, voting 7-2 on the Roe v. Wade decision. Previously seen as the beginning of an era that would feature gender equality, the decision is now a mere reminder of an ambitious vision that apparently asked too much of this world.

Hopefully, people recognize that banning abortions does not stop women from having them. It simply eliminates safety and brings about unnecessary deaths preceded and followed by fear. Those who seek abortions will still have them, whether it’s in some sketchy basement, or a private clinic paid to keep silent. Regardless of socioeconomic class and other factors, women will continue to be shamed for choosing to put their needs and wants above those of people sitting comfortably in their black robes and without a uterus.

Young Voices is a new section on RTL Today, brought to you in collaboration with local English schools and sections, but open to any young person who wishes to share their thoughts with our audience. We accept written articles, photography projects, video, and audio works, and our editors will provide help and feedback through the process of crafting your submission. If you or a young person you know wants to get involve, get in touch via youngvoices@rtl.lu.