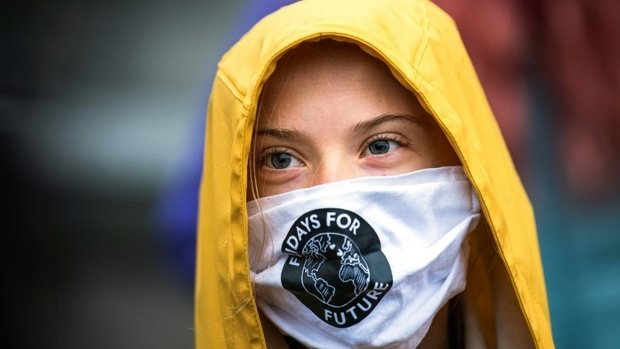 Currently 1.8 billion out of the world’s total population of 7 billion are working, learning, volunteering and discovering their purpose in life.

Right now, we are seeing the largest youth population ever recorded and they are the ones who will bring about change, empower future generations, fight for their causes and contribute to achieve what they strive for. There are many examples of where the youth have shone above the rest and their inspiring work will be discussed in this article.

Firstly, the 18 year old Swedish environmental activist Greta Thunberg is known for her resilience and determination in pushing world leaders to act upon reducing their carbon footprints. Her route to fight for climate action started in 2018 where she spent her time sitting outside the Swedish parliament with a sign saying “School strike for climate” and despite facing many challenges and criticism from many people mainly due to her age, she continued to fight her cause and has been recognised in many newspapers including ‘The Guardian’ where her resilience and worldwide influence has been termed the ‘Greta effect’. She has gone on to receive many awards including Fritt Ord Award in 2019, the Rachel Carson Prize in 2019 and being nominated for the Nobel Peace Prize in 2019, 2020 and 2021. Her influence has had a cascade effect on the youth worldwide and has encouraged them to fight for climate action and join her in climate strikes to make sure their voices are heard and recognised.

Secondly, a 23 year old Zimbabwean education activist commonly known as Vee Kativhu is an inspiring figure who strives to empower students and her aim being to “bridge the gap between academic ability and self-belief”. She is an Oxford and a Harvard graduate who is the founder of her own empowerment platform called ‘Empowered by Vee’ where she fights for every girl’s right to a complete-education and is a key inspirational figure for many underrepresented students worldwide. She has held many talks at universities worldwide including Kings College London and has been recognised by receiving the Diana Award for her humanitarian work in “working to improve the lives of others" and has been featured in GUAP’s top 30 under 30 Black list 2021 for her contribution to “educational equality”. She has also launched her own book called “Empowered”, and acted as a key representative for The Social Mobility Foundation and Girl Up Zimbabwe where her outstanding work has been deemed “necessary” and “life changing” by the Duke and Duchess of Sussex.

Lastly, the world renowned Pakistani activist for female education and the youngest Nobel Prize Laureate Malala Yousafzai is a role model for the youth and an inspiration to make education a priority and a right that everyone should be able to access around the world no matter their colour, creed, religion, gender or race. Her inspirational story of how despite being shot in the head by the Taliban for her activism, she carried on perusing her dreams to go to school and receive an education, has made her “the most famous teenager in the world” and Pakistan’s “most prominent citizen”. Her determination to fight for girl’s education around the world, especially in places like her home district Swat Valley, has massed into a global movement and has led her to write her own book “I am Malala” which became an international best seller, start her own organisation “The Malala Fund”, where all contributions go towards underrepresented students around the world and she has even gone on to become the youngest Nobel Prize Laureate. Her famous speech at the United Nations where she mentioned that “one child, one teacher, one book, and one pen can change the world” has inspired many students to fight for the right to education alongside her.

Amna Ghafoor is a student originally from Pakistan, born and brought up in the UK and Luxembourg. She is an aspiring neurologist studying Biology, Chemistry, Maths and Economics at St Georges International School of Luxembourg. She has a passion for horse riding, badminton and playing the piano. Recently, she has set up a charity organisation with her friends to fund underprivileged girls’ schools in Pakistan.