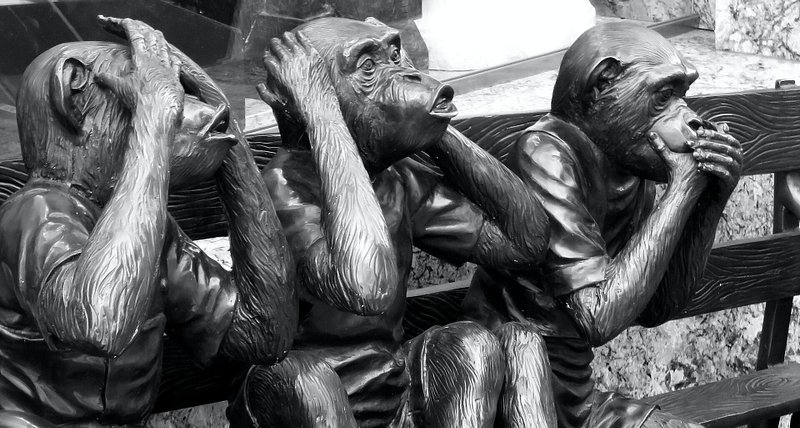 In a world where access to information is easier than ever, there seems to be an insufferable and unforgiving intellectual laziness going on.

What is critical thinking? According to Cambridge Dictionary, it is "the process of thinking carefully about a subject or idea, without allowing feelings or opinions to affect you". It requires us to take a moment, absorb an information, reflect, understand it, and react to it. It is a form of fine intellectual distillery that was lost somewhere in the last few years, maybe even decades.

It would seem ironic that at a time where information is so easily accessible, people would be ignorant or not have a well-argued opinion on something. But people do have strong opinions nowadays. They are also very vocal about them.

My question is, have these opinions always gone through a thorough process of critical thinking? Passion is essential in life, but a dash of reason when debating about a topic can avoid heated discussions and people taking things personally, as is often the case nowadays.

There seems to be a blatant conformity with ideology going on nowadays, where it is not possible for two people from "opposing" camps to have a critical debate, without becoming enemies in the process. People are hesitant or lazy when it comes to dismantling their own belief system, and with that comes the death of critical thinking.

I don't think that humans are truly capable of being objective about something, we're always influenced by a plethora of factors that have shaped our lives. Emotions often get in the way of a sound debate, which in turn makes it impossible to make space for acknowledging a different opinion.

But in essence, we could do with a bit more humbleness. The humbleness to understand that our opinion is by far not the only one out there, and that the human mind is complex and there is no black and white, to any subject in essence.

This persistent arrogance and stubbornness to sticking to only one narrative, is mostly due to the birth of Artificial Intelligence. With it came the death of curiosity. People used to spend hours in libraries to have one question answered.

Nowadays, everything is available at one single click. You'd think that with a search engine like Google, we would all be geniuses and encyclopedias about every topic out there. And yet the opposite is true. Because we don't have to actively look for an answer, and our brain does not "get there" by itself.

Curiosity is a key ingredient to critical thinking, which dies out when there is no use for it anymore.

We also don't have time to be curious anymore, with the abundance of information that we are being fed on a daily basis. It is difficult to be bored nowadays, with the multitude of entertainment outlets that are available to us. Social media and Netflix don't give us much space to let the brain ruminate on its own, without being stimulated by technological devices 24/7.

We live in such a faced paced environment, there is no time to be imaginative or genuinely curious about something. The times of getting lost in a complex book are slowly dying, as people don't have the patience for it anymore.

Most of the movies on Netflix are of sheer mediocrity, tackling simple themes: Sadness, Happiness, Romance...A human mind is more multi-faceted than that, offering much more complex topics to make a movie about or write about.

The news we usually read is quick and easy to digest, doesn't require us to delve deeper into the subject or truly question how the dire state of politics came to be in the first place.

And much of the music that is produced nowadays only requires a computer, one catchy beat, preferably a tiktok trend that goes with it, and there you go, it's a hit.

We all come with our own set of biases when it comes to our opinions. We're all influenced by our upbringing, our environment, our friends, our politics. Somewhere along the way, we've lost our critical thinking ability, and one of the main culprits for this is the internet.

But we all owe it to ourselves to try and find that ability again. The world is webbed in misinformation, rumors, all of it left unchecked.

More than ever, we need to be able to critically think about what is going on in the world.