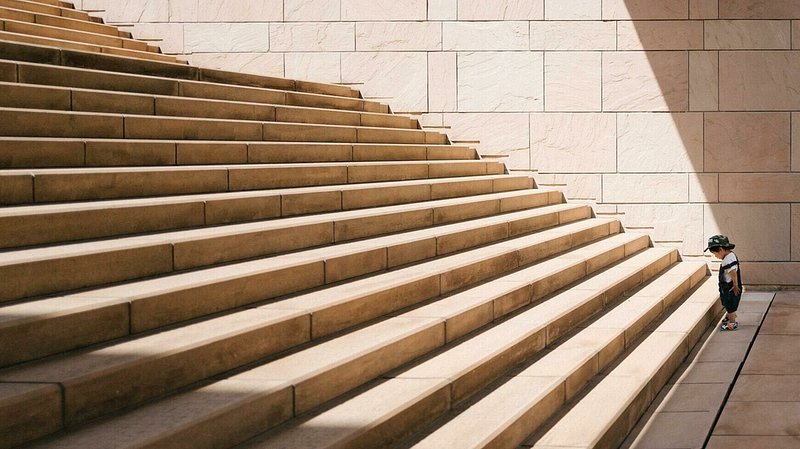 One of the phrases that I used to hate hearing as a child was "ech kann net heescht ech well net", which roughly translates to "I cannot means I don't want to". Today, I recognise that it is actually a versatile sentence that is still being used in a variety of interesting ways.

Parents usually employ it as a means of encouragement to convince their offspring that a seemingly unsolvable challenge can be overcome with enough willpower or courage. For example, a child tries climbing up an obstacle and gets stuck right before the top, claiming that it is impossible to reach any further. A watchful parent might then bring out the classic "ech kann net heescht ech well net", as they can see that the child is in fact capable of reaching the top, just too scared to do so because of the hight.

I have also heard this phrase being uttered out of frustration. Teachers certainly know what I am talking about, at a certain point it seems like the most energy-saving thing to respond to pupils who always meet every single new task with the absolute conviction of not being able to do it.

Why am bringing this up? Because over the last few years, I have witnessed how the world has overcome a number of problems previously thought impossible to solve. Researchers managed to develop not one but many vaccines in the midst of an unfolding pandemic in less than a year, Ukraine is withstanding an invasion from one of the most powerful militaries in the world, and Europe is fast-tracking its turn away from Russian energy sources, just to name some of the incredible accomplishments.

It is a somewhat satisfying reversal of roles to see how governments suddenly ignore the impossible and become surprisingly practical and innovative in their pursuit of solutions. But, most if not all of the aforementioned examples happened out of sheer necessity, not due to a revision of preconceptions.

There is certainly one global challenge that has been labelled impossible in recent decades, namely that of reversing or at least slowing down the effects of manmade climate change. Contrary to the Covid-19 pandemic, for instance, this threat still seems abstract and far away enough to ignore it for the time being, or even label it as impossible to overcome.

And that is not for a lack of trying from those who see it as the most urgent challenge in human history. Related activism has long worked according to the "logic of apocalypse" and the construction of a "universal threat on a planetary scale, [which] invokes humanity as a collective victim, anticipates the end of time, and draws on religious fantasmatic images" (Methmann and Rhote 324). On the contrary, this narrative has only widened the gap between those willing to act and those saying that it cannot be done, and therefore should not even be tried.

And yet, it seems that the thought of imminent danger is the only thing driving people to revaluate what can and cannot be done in serious manner. After US President Franklin D. Roosevelt delivered his 'Arsenal of Democracy' speech ahead of entering World War II, the country launched an unprecedented collective effort to outproduce the Axis forces in terms of military equipment, which was ultimately one of the keys to securing victory.

Flash forward to Luxembourg and the year 2022, the prospect of not making it through this winter without a significant reduction of energy consumption has quickly driven municipalities and businesses to rethink their practices and act. And already, consumption is projected to be decreased by more than 15% compared to years without an energy crisis.

So, remembering these stories always creates a bitter taste when it is said that the greatest threat to future generations cannot possibly be overcome. Ultimately, one cannot help but wonder whether humanity really cannot do something until it wants to do something, because it really, urgently, and undeniably needs to do something. Maybe it is not the logic of the apocalypse, but the veritable arrival of it that triggers the revaluation of what is and is not possible.