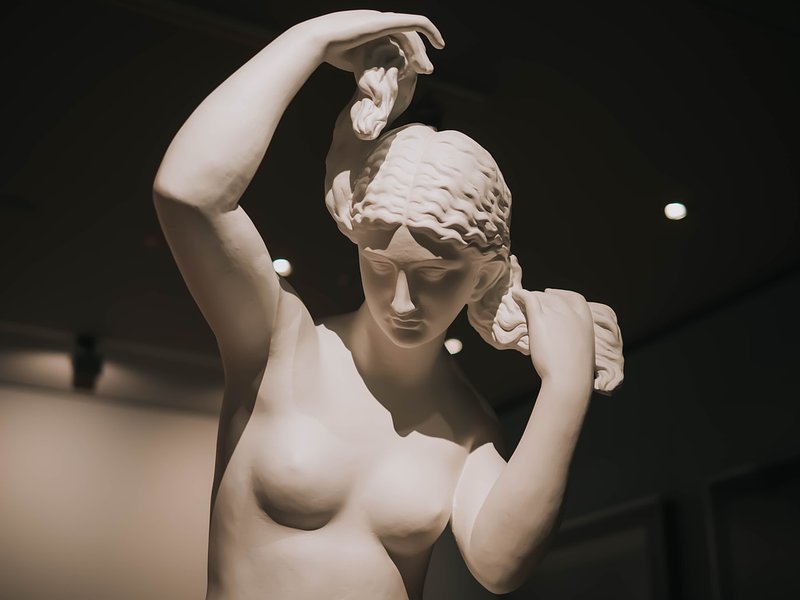 Defining and categorizing are essential to human life. By defining something, we thus give meaning to a specific object or manner and categorize them. By categorizing, ideas are recognized, differentiated and can be understood more easily.

It seems like an easy process but as soon as we try to define and categorize more abstract ideas, the process gets more complicated.

Objects can be seen and felt, so it's easy for us to place them whereas abstract ideas are not visible and can therefore be experienced in various ways by different people. Some might have a more radical vision while others have a looser concept of said idea.

And this leads us to the problem of defining women and the idea of what a woman is or what she is supposed to be. Feminist philosophers have been tackling this issue for decades and still haven't found the one right answer.

It's a confusing case and can drive people crazy, because definitions and categorization are essential for us and yet we don't seem able to commit to a definition.

And this might be the moment where many of you are saying STOP: The easiest way to define a woman is by appearance and the differentiation of female and male by anatomy.

That's the way I saw it as well before I spent five weeks in class trying to define what a woman is.

Many feminist philosophers were defining women based on abstract ideas and completely ignored the body in their reasonings. For Judith Butler sex is also socially constructed, whereas Simone de Beauvoir defines a woman by her relationship with men, a different abstract idea.

There have always been certain expectations when it comes to the female body, living up to a certain standard and an outdated idea that still has an enormous impact on our societies nowadays.

So why were these philosophers leaving out the body of their reasoning? After all the body is still part of a woman and remains a part. Secondly the biology and anatomy of the human body is scientifically proven to be different, so they are renouncing facts and science.

Beauvoir and Butler kept defining women based on abstract ideas, the most common one being the idea of gender. It is commonly accepted that gender is a social construct about roles, behaviours, activities and attributes that a given society considers appropriate for men and women.

At some point in time people just randomly pointed at things and decided that this is something boyish from now on, whereas the other thing is something considered girly.

Without society, pink and blue would just be colors and would not have such loaded meanings and be tied to gender specific roles.

So no wonder that these categories are blowing up in our faces right now. And they should.

Through-out our male-centered society a woman has always been tied to her body, but not in a positive way. For Beauvoir the body is what makes a woman unfree, makes her the 'other' compared to men.

So they completely left out the idea of the female body in their approaches, which they should not have done. By trying to step away from the body, they accomplished the opposite: they gave in and accepted the male perspective on the body instead of embracing the female body in all it's glory and make a point.

It's a shame that women never really stood up and defended themselves and while there is still so much work left to do, the process has started.

For so many years the female body has been devaluated, tainted with a negative connotation and it's time that we take back our power. And by we, I mean everyone who identifies as a woman.

Who gets to say what a woman is and what she isn't? Certainly not our male-centered society. How can men form a truthful opinion about something they have never been?

I identify as a woman, was born as a woman and while I may not understand not being born in the right body I am certainly accepting every single person who does feel that way. Not accepting them as they are is devaluating their experiences the same way that the female body has been for years.

Some of you might remember my last opinion where, to my surprise, the thing that outraged people the most was the fact that I said 'people' instead of 'women' with uteruses.

While basic anatomical organs to not determine a person's entire identification and self-concept as to whether he or she is male or female, it plays a part. But a female body is so much more than a reproductive system. It's the body you identify with.