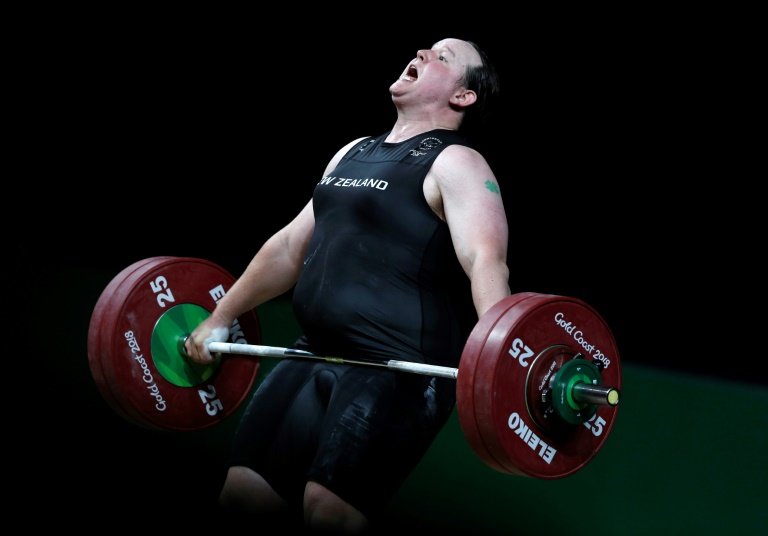 Tokyo will be one for the books, that’s for sure. Not least because of the controversies around the first openly transgender athletes who are competing in the Games. But do transgender athletes really have a physical advantage over cisgender female competitors? Let’s break this down.

In 2015, transgender weightlifter Laurel Hubbard was qualified by her home country New Zealand for the Olympic Games of 2021 in Tokyo. A choice that has been supported by the International Olympic Committee (IOC), making Hubbard the first openly trans athlete to compete in the Olympics, even though transgender athletes have been allowed to participate in the Games since 2004.

And while supporters called Hubbard’s qualification ‘a breakthrough for the transgender community’, criticism was close to follow, with many pointing out that Hubbard, who has lived as a man until the age of 35, has an unfair advantage over fellow female athletes whom she’ll compete against in the heavy-weight category of 87kg+ on 2 August.

According to current guidance which has been updated in 2015, ‘trans women athletes’ testosterone levels must be below 10 nanomoles per litre of blood for at least 12 months before their first competition’ - a requirement which the 43-year-old athlete has fulfilled. In a 2017 interview with John Campbell from RNZ, Hubbard states that ‘what most people probably don’t realise is that I actually satisfy the requirements after the 2004 IOC Stockholm Consensus which was the original rules that the IOC agreed upon to allow the participation of people like myself, so I am not competing under a recent law change - I am competing under rules which have now been in place for over 14 years.’

Hubbard isn’t the first transgender athlete to be qualified for the Olympics, nor is she the only one to compete this year. Last year, American triathlete and transgender activist Chris Mosier competed in the Olympic Trials for the 50k Race Walk, but had to withdraw due to an injury. Besides Hubbard, the Canadian midfielder Quinn played on the Canadian women’s soccer team at the opening match of the Tokyo Games. Quinn has already won Olympic Bronze in Rio in 2016 - yet, it wasn’t until last year that they came out as non-binary. Last, but definitely not least, is U.S. cyclist Chelsea Wolfe who’s transgender as well and is an alternate rider on her home country’s women’s BMX Freestyle team in Tokyo this year.

And yet, none of the above-mentioned athletes got as much backlash as Hubbard has. On the Chinese social media platform Sina Weibo, the hashtag ‘is it fair for transgender athletes to compete with others’ has earned over 170 million views with most users answering to the hashtag with a clear ‘no’. In his column for the Daily Mail, Piers Morgan talked of this as being ‘a disaster for women’s sports’. Fellow Belgian weightlifter Anna Van Bellinghen stated that while she is supportive of the transgender community and understands that ‘defining a legal frame for transgender participation in sports is very difficult (…), this particular situation is unfair to the sport and to the athletes’, and the President of the Samoan Weightlifting Federation, Jerry Wallwork, told Reuters that ‘allowing transgender weightlifter Laurel Hubbard to compete in the women’s competition at the Tokyo Olympics would almost be like letting athletes dope and may set a dangerous precedent for future Games’.

While I’m seriously shocked at some of the demeaning language being used against Laurel Hubbard and consider myself to be a big supporter of the LGBTQ+ community in every sense of the word, I do have to admit that I’m in a rather conflicted position about the fact that a transgender athlete shall compete against cisgender female athletes, especially in a discipline which is centred around physical strength. The simple reason for this being that there aren’t any studies that prove that transgender athletes don’t have a physical advantage against their cisgender competitors.

In other words: I think that every person, no matter their gender, sexuality, religion or ethnicity, should have equal chances at participating in the Games, but, in this case, it seems to me as if the question about inclusion has completely overshadowed the fact that, besides testosterone levels, males de facto have physical advantages over females due to their biological sex which is responsible for their anatomy and their proportionally higher muscle and bone mass, as well as bigger organs. Therefore, it does seem rather logical to me that a transgender athlete who went through male puberty prior to transitioning will have a more beneficial physical predisposition against her cisgender female concurrence. So, yes, Laurel Hubbard has earned her position in the Olympics, but how come the only thing considered by the IOC guidance are testosterone levels?