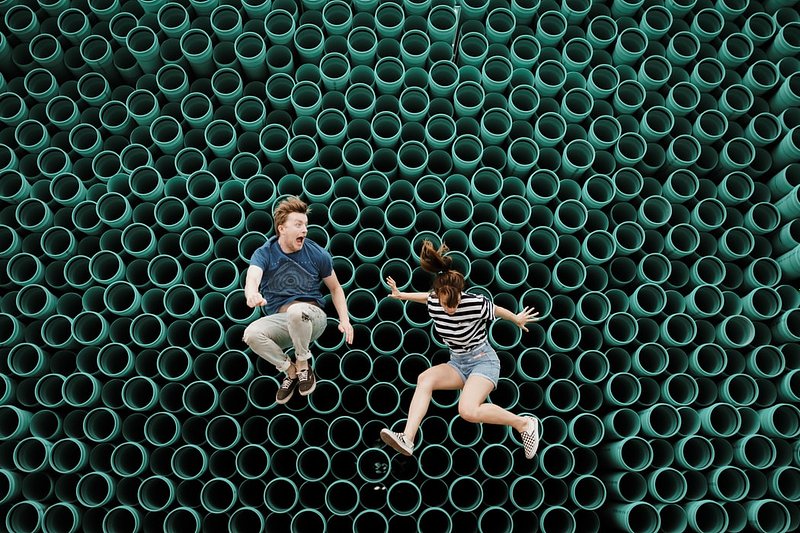 When was the last time you allowed yourself to just be, to engage in an activity that is nourishing rather than numbing? Here, Isabella Eastwood argues the case for just 'letting go'

Originally I was going to send over an article titled “An Ode to Grief” – I know, happy stuff –but considering the more intense nature of my last few articles (addiction, political activism, the failings of publicly funded social services and toxic narratives), I thought it might be nice to do us all a favour and focus on something vaguely positive. But for those drawn to the dark side, do not fret. Grief is coming.

Dear reader, imagine this: the writer of this article, slightly sunburnt (pesky back), covered in a light layer of sand and sweat, face red, hair tangled. Heavy breathing. Before your mind gets too far into the gutter, let me elaborate: I had just been dancing for nearly 3 hours, with the occasional break.

There was no alcohol involved. No drugs. No talking. No shoes. Just a load of hippies in a field with a sandpit next to it, a DJ, headphones, and chai tea.

And reader, it was glorious.

Before she started her set, DJ Polyesta, a middle-aged, dreadlocked Dutch woman, spoke to us about the adventure we would all embark on together. She set out the rules: be conscious and mindful of approaching other people to dance, they may not be open to it; if you are used to having a drink or imbibing anything else to help alleviate your nerves, allow yourself to be nervous. If you’re shy, be shy.

The whole session lasted 3 hours, the music aptly taking us through a slow warmup and culminating in multiple rhapsodic peaks before eventually guiding us through a cool down session. At various moments throughout I was either stretching, bounding across the sandpit, swinging my head around or just spinning in a circle. Others were on their hands and knees or had abandoned themselves to the ground completely.

You may think this ridiculous, and it was. It was brilliantly, delightfully nonsensical. We revelled in the freeing absurdity of it all.

This might mean more to me as a woman, but I relished the complete absence of eroticism of it all. Although where “sexy” was lost, we were not lacking. Sexiness is often a performance, and this was anything but. It was about feeling, about a wholehearted abandon to the body. It was movement, pure and simple. Movements defined as sexual where enjoyed by me because they felt pleasurable: the feeling of rippling muscles, sometimes undulating, sometimes swaying, sometimes pumping. A lot of the time my eyes were closed. When open, I sometimes caught someone else’s eye, and we would smile at each other at the joyful experience we were having, and moved on. Quite often I laughed out loud.

Play is what lights up our creativity. Play is where we find unadulterated joy. And before the pandemic made collective joy impossible, capitalism did

This event is called “ecstatic dance” and follows in the footsteps of human history, a choreograph rich in ritual and spirituality. We find it, for example, in Greek mythology: here, ecstatic dance is bound up with the divine, found in the revelry of Dionysus and his female followers, the maenads.

The word maenad comes from the Greek “maenades”, meaning “mad” or “demented”. Some use a different translation: “raving” – a word which allows us to draw parallels to contemporary dance culture. But unlike modern raves (and I mean in this sense from the dawning of rave culture to today), where dance, celebration and solidarity dovetails with alcohol and drug use, the focus here revolved around human connection and physical movement, without facilitators. And while I do not deny the potential of drug enhancement, drugs and alcohol produce a veil, both to another world and over our own. They create something new and exciting and in so doing, remove from the present. This ecstatic dance, on the other hand, relied on being there, completely, fully, honestly. No escape.

Now, whether or not James Brown said: “The one thing that can solve most of our problems is dancing”, dancing, specifically sober dancing, might be your idea of hell on earth. There is a fear in being seen, especially if we risk being seen looking stupid. But aside from assuring you that we all very much welcomed our own ridicule – thus negating it – we were far too busy wrapped up in our bodies to judge those around us. And if judgement occurred, it did not last for 3 hours. Eventually, everyone was swept up.

In a New York Times article, organisational psychologist Adam Grant talks about the phenomenon of “languishing”: the grief experienced at the loss of normalcy, the consequence of prolonged anxiety, the incapacity to feel hopeful about the future. And a lethargy that drowns out the ability to really care. To languish is to feel “meh” (yes, dear reader, sometimes “meh” is best suited to capture the mundane malaise of daily life).

Life is not all play, but I’ll be damned if it’s all work

Grant’s antidote to “languishing” is “flow”: successfully getting stuck in something, anything, as long as you feel as if you are moving forwards and feeling some sort of progression. But I would argue that “play” is at least as important.

Play is what lights up our creativity. Play is where we find unadulterated joy. And before the pandemic made collective joy impossible, capitalism did. Decree that every activity should be measurable, productive, or quantifiable, and you remove the capacity for a good ol’ play.

Julia Cameron’s The Artist’s Way prescribes an artist’s date: an activity that feeds the soul. Art feeds my soul. Movement and dance feed my soul. What feeds yours? 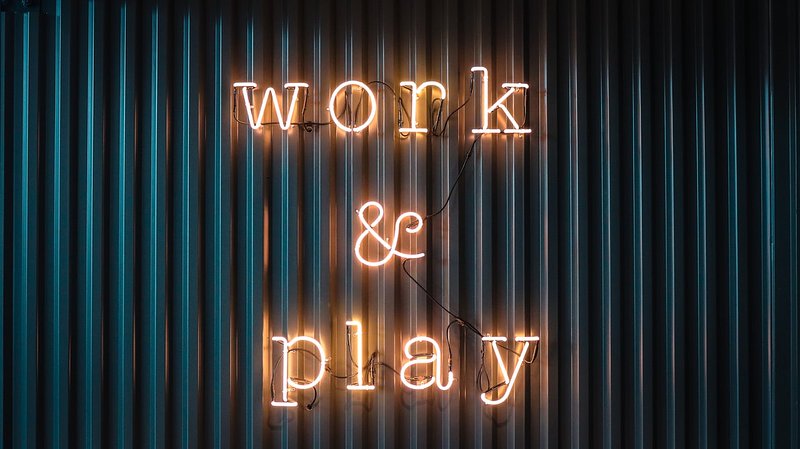 In a small art gallery the other day (I am almost embarrassed to admit to these extravagant emotions) I was so overcome with joy – at the space, at the exhibition, at the sense that I needed no one else to be there and I was completely content – that I choked up a little.

Professor Brené Brown writes in length (and has a very popular TED talk) about courage, vulnerability, shame, and empathy. I want to focus on vulnerability: how we avoid it, the armour we build and the behaviours we engage to circumvent and shun it. Dancing like an idiot in front of a load of strangers? Definitely vulnerable. Getting hammered, overexercising, overworking, over- or undereating, excessive shopping? These are often numbing and distracting mechanisms used to dampen the intensity of vulnerability, of shame, of rejection, suffering, isolation, depression, stress. We all engage in these. But know this: numbing ourselves to one emotion stunts our ability to fully feel any emotion.

When was the last time you allowed yourself to just be, to engage in an activity that is nourishing rather than numbing?

Play recharges our batteries and allows us to do what needs to be done. Life is not all play, but I’ll be damned if it’s all work. Remember the last time you laughed shamelessly. The last time you moved with playful intent: not for someone else, but for yourself.

If the image of a load of weirdos in a field is not your idea of play, then think about what you would love to do. What class you would love to take, skill you would love to learn, activity you would love to partake in, this can be as small or as extravagant as necessary. It doesn’t have to cost (much) money – galleries are often free, some classes allow a free ‘sample’, start knitting, or drawing, get on a swing, dig out some rollerblades from the cellar – and let yourself play.

Allow yourself to engage in something that makes you joyful. Carving out that time for yourself creates space for you to breathe when all of life’s other challenges feel suffocating. And if you decide to dance in your kitchen, or bedroom, here’s some inspiration.