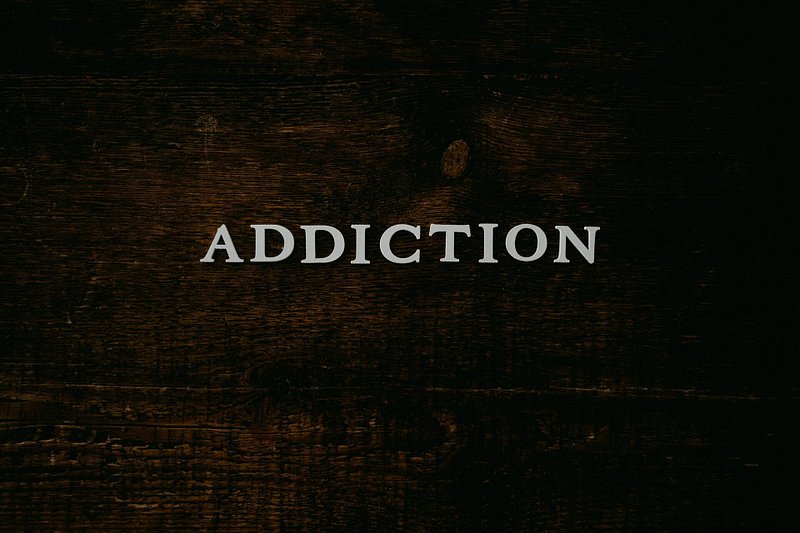 Many of us know about the concept of addiction. We are taught about it in schools and we are invited to “say no to drugs”.

Many of us first witness and experience drugs and alcohol in secondary school (sorry mum and dad), either in person or by proxy. This is also where we hear the first narratives around “drugs gone wrong” – that one guy you see every now and again who is not quite okay, who mumbles to himself, who focuses on things you cannot see. You hear he took too much acid and lost his mind. You hear about that friend of a friend who did shrooms and jumped out of a window (it’s okay, he only broke his leg).

We – a society bound up in alcohol, anti-depressants and recreational drugs, drip-feeding ourselves so as to avoid reality, however temporarily – all see the homeless lurching around, and we know nothing of them, or why they are on their wobbly path, and we think ourselves lucky that we are so much better off.

I made mistakes that cost me friendships. And there was horror in the lack of control I had so purposely thirsted for

As young people we struck up friendships, perhaps as only young people can, drinking side by side, revelling in the latitude afforded by youth. Many of my school friends remember one certain Bernard, often found on the Kinnekswiss in the summer, sometimes by the shops in the city centre. He was an urban feature who spanned the seasons. We felt a sadness at his passing, a loss of someone you do not know, who did not seem to have much choice or chance. We knew nothing of him.

Cautionary tales, police officers holding seminars, experimentation – none of these factors ever actually delve into the trivial realities of addiction, its scarcity and its abundance, its omnipresence and its denial. How many quietly function with their addiction, living side-by-side with those who are “better”. They don’t touch on moderate, enjoyable use either. It’s a polarisation that I don’t believe educates anyone on anything, really.

When does it becomes a problem?

I was what I would call a problematic drinker. I would not drink every day but I would binge, spending days thereafter in complete despondence, shame and despair about what I may or may not have said or done, and what was said or done to me. But alcohol was my culturally sanctioned coping mechanism: it was all around me, celebrated, welcomed, foisted upon me when I tried to abstain, part of respected gatherings as well as oozy, boozy, hedonistic splurges.

Binging was my prerogative: where I felt I had no control over how life and others acted upon me, I ran towards it, loudly and unsteadily.

It took me roughly 12 years to get to a point where I no longer found myself compelled to participate in something in a way that was often harmful to me (and I say ‘participate’ very purposefully, because this is still an ‘us’ thing, a ‘we’ thing, that we do socially, communally, continuously).

Not that the experiences that encompass these 12 years were nothing but dark and depressing; though hazy, I shared laughter, cemented solid relationships as well as fleeting fancies, tripped into adventures that would never have occurred had I gone home at midnight. I say this because it is easy to paint the past in monochrome – either all-blinding or all-obscuring.

Does our culture not know how to respond to teenage pain, or how to provide an outlet to teenage yearning?

In my reality, I was drawn to the promise of release, anxiety coiling my mind so tight I felt I could do nothing but burst apart at the seams. I spiralled into cycles of desperate escapism, only to come to hours later, unsure why or how I was where I was. There was pain, and I saw myself as raw, racked by vice and shame. I made mistakes that cost me friendships. And there was horror in the lack of control I had so purposely thirsted for – often I felt like a failure, especially when exposed (like the time my friends carried me home and my mother had to help me to bed, or I threw up blue punch on my aunt’s bedroom carpet at her birthday celebration). Exposure and excess was happening all around me but it still felt like personal failure.

I put myself in danger and this has left me scarred. Where does the responsibility lie? Is it all mine? Should my parents have tried harder to keep me from my peers? Does our culture not know how to respond to teenage pain, or how to provide an outlet to teenage yearning? Do we as a society prefer to stifle negative emotions rather than process them? Is it the natural course of human life, at once tip-toeing and barrelling through Dionysian abandon and Apollonian discipline?

How to open up in a closed conversation

Probably all of these. We could probably do a great deal more when it comes to talking about the realities of drinking and drugs: that it is likely going to be part of your life, that it blurs boundaries and abilities, and what does that mean for mental and physical wellbeing?

Having a glass of wine (often more) a day to ‘unwind’ happens freely, unquestioned. We don’t talk about the fact that many of us don’t really know how to deal with life’s stressors.
Why is that?

It can create a vague space for seeing and feeling differently. Embracing chaos can be an enjoyable experience and to pretend otherwise is to deny an essential part of what it means to be human. Prohibition doesn’t work, partly because it ignores the interplay of race, class, education and opportunity. But we can invest in education and in support services, we can speak frankly about the way drugs and alcohol can alter perceptions and feeling states, for better or for worse.

Therapy played a significant role in me coming to terms with my drinking, and still, only after roughly 5 years of therapy and multiple attempts to stop or moderate my drinking did I get to a place that feels healthier.

This is usually where the crux of the matter lies: privilege. I was incredibly lucky and privileged to be afforded mental health support despite what some would call suffering from an addiction. I accessed this through university, where the rules were slightly more lenient. Some of my therapists recommended addiction support, but they did not bar me from counselling if I did not stop drinking. Meanwhile, support services do not provide support if you are still in active addiction. 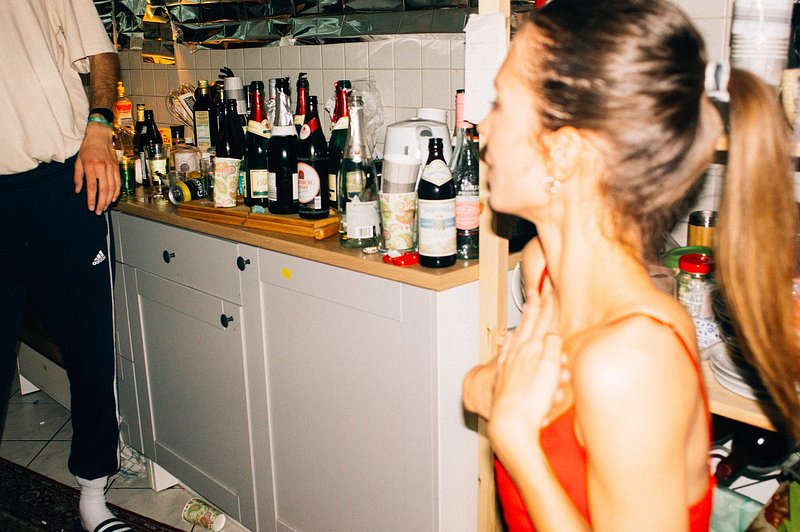 Image for illustrative purposes only. Any resemblance to any persons mentioned or refereed to in this article are purely coincidental. / © Unsplash

I had safety nets that many others cannot even conceive of. I had space to make my mistakes where many do not. I had the ability to communicate my needs effectively and a network of friends and family that supported me, picking me up from my drunken stupor. This is so much more than many people who turn to drink and drugs in order to manage their lives, who have to contend with poor finances, people who depend on them and unhealthy relationships.

My mental health and my coping mechanisms drowned and revived me together: one would get too much so I would submerge myself in the other. I would surface, longing to turn elsewhere, but I saw no other way of living. I don’t think I would have been able to change my patterns of behaviour without significant mental rehabilitation to pave the way in the first place.

I burned the candle at both ends for as long as I was physically able, and then beyond, working during the week and throwing myself violently into oblivion at the weekend. I obsessively tried to ‘fix’ myself in healthy ways, obsessively exercising, studying, being socially involved. I went to therapy and bought 6 different self-help books and tried mindfulness. Yet for the longest time, nothing quite eased the pressure like getting absolutely wasted. This is not uncommon. But no one ever really talks about why we seek out oblivion, and the fact that it is very common, and that it stretches beyond the vagaries of intense youthful feeling.

The danger in normalising aspects of addiction

Having a glass of wine (often more) a day to ‘unwind’ happens freely, unquestioned. We don’t talk about the fact that many of us don’t really know how to deal with life’s stressors.
Why is that?

Relief is sought from pain, this we all know. And more often than not, we don’t deal with pain well. We lash out, we anaesthetise, we run away, we avoid – negative emotions are not welcome. Even as children we are often told not to cry, as if crying were in some way a shameful experience, rather than the body’s natural response to stress.

Many mental health services will refuse to treat people in active addiction because resources are so stretched they cannot waste them on those who feed their depression with numbing agents, stuck in cycles of hope and abandon. But how can those enmeshed in the throes of addiction reach enough stability to access mental health support on their own? 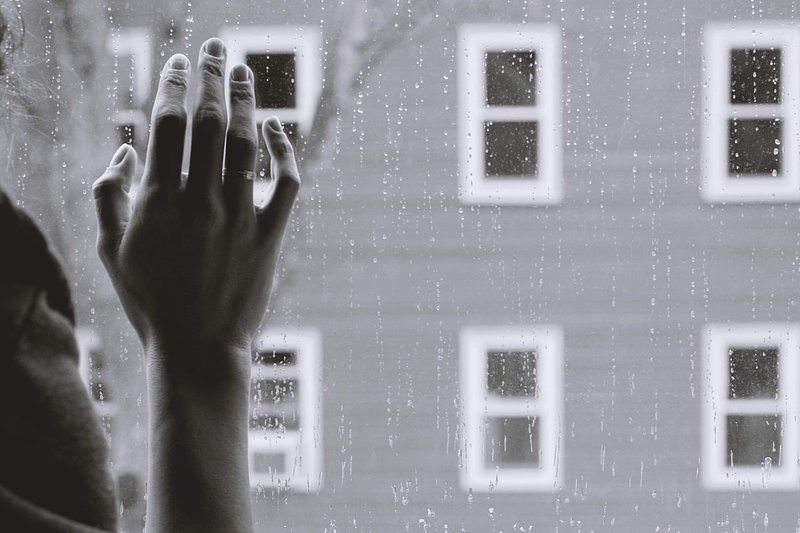 Reading Johann Hari’s Chasing the Scream* – an exploration of the war on drugs – makes a good case of how putting someone in more pain, shaming them and denying them support does not somehow magically encourage them out of addiction (the entire criminalisation of drugs is also inherently racist but we’ll get to that in a different article).

Negative emotions are consistently pathologized, and many of us continue to immerse ourselves into the weekend so that we may survive our badly paid jobs, escape our loneliness, pretending we are not sad, confused and dissatisfied. We use our energy healing from our last bout of excess, so much so that we allow ourselves to sink into lethargic passivity, a micro life of boom and bust where we give all and then lick our wounds and trudge on. There is something wrong in a society where citizens are routinely regularly ground down into seeking abandon.

Someone who leads a fulfilling life, who has a strong supportive network, who is financially stable, more often than not, does not seek to self-medicate regularly. Those without access to rewarding employment, those who are not valued, those who are unable to be seen and heard in society, often turn towards drugs and alcohol to get some relief, some fun. They also have fewer – if any – safety nets to catch them when they fall (or else to pay to hide their habit).

We need to reconsider how we talk about addiction and mental health. We need to rupture the belief that these two are somehow two separate experiences rather than one that feeds the other. We need to stop allocating value to lives and deciding who deserves help and who doesn’t, and building societies where pressure overwhelms passion and joy.

We need to stop pretending that criminalisation and demonisation will solve the problem, because it hasn’t so far. When it comes to drugs, it causes ever escalating cycles of violence, and when it comes to alcohol, it has created an equivocal existence where alcohol is sold as an exciting experience while those who tip over the edge are ostracised.

Neither drugs, alcohol, addiction or mental health are easy topics to tackle, but we do ourselves or younger generations no favours by simplifying and reducing the world to binaries that leave no room for the messiness of experiences, the ones that teach us things, the growing pains that come from mistakes. Let us give each other the tools to make informed decisions, and understand that life is lived in the margin left for errors.

*The book is roughly 500+ pages long but there’s an audio version and a TED talk that I recommend.