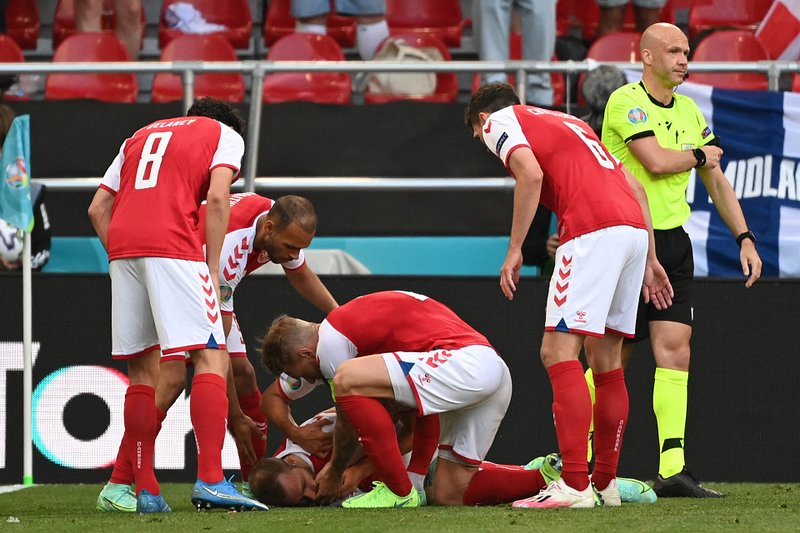 It came out of nowhere. One second he was up. The next he crashed to the turf. Christian Eriksen's sudden collapse on Saturday highlights a number of issues with regards to broadcasting and trauma.

My eldest turns 13 next week. He has worn the number 23 since he was offered the choice of numbers at his football club. Most kids would go for 7, 9, 10. He wanted 23. That was the number his idol wore during his time at Tottenham Hotspur (he chose his own club to support too, mine is Wolves, so please, no hate).

So when we saw the images broadcast on Saturday of Christian Eriksen, prone and stricken, we, as many feared the worst.

Since Saturday, the soon to be teenaged monster of our house has updated his WhatsApp status to an image of the recovering Dane and we have checked in on him as often as we can without being overbearing.

You see, we have little idea how he is processing things. The scenes on Saturday were incredibly difficult to watch and I was unsure if I should be letting my son view the unfolding drama.

On the one hand, he was concerned, scared and upset as to what was being played out in the front room.

He went very, very quiet. Took to his phone. Messaging friends and teammates.

We had not actually seen the exact moment Denmark's talisman suffered his cardiac arrest. We were playing a videogame together and time had gotten away from us. As we switched over, it was clear something terrible had happened. We listened as Gary Lineker (BBC) very calmly informed the viewers of what had taken place.

I asked my son not to search for the video online. It was reposted mere seconds after the incident - one of the more grimy aspects of modern technology

Pundits chipped in with well wishes and flustered descriptions, as the images showed the Danish team forming a ring around their fallen comrade.

My son drifted off for a moment. His eyes glassy. I wanted to tell him that things were going to be ok. But, of course, I did not know that to be true. Not yet.

He was asking for answers to questions he could not yet form properly. Eriksen was a fit as a fiddle, 29-year professional footballer. What could have happened?

I asked my son not to search for the video online. It was reposted mere seconds after the incident - one of the more grimy aspects of modern technology. It was taken down. Reposted. Removed. Shared.

An intensely personal and private experience, seen by millions.

I checked the video myself, at the time fearing Eriksen was dead. Wondering how I might explain that to my son.

Without being insensitive to the reaction.

'It can happen to anyone son, anytime!'

Christ, what a thought. What a way to have a very real lesson on mortality and via his beloved sport. Via his favourite player.

I decided to let my son see the short clips online and explain, to the best of my knowledge, what had happened. I figured he was going to see it at some point and it may as well be with me.

My wife came up from the kitchen and was swiftly invested in the drama. She is no football fan but even she knew this to be a rather big deal.

The decision by the major broadcasters to continue showing the images at the Parken stadium, will always confuse me.

I understand the need to keep viewers informed. I am also aware of the business of TV. But as Eriksen's distraught wife on the sidelines, wearing her husband's jersey, was seen being comforted by Denmark's captain Simon Kjær and then goalkeeper Kasper Schmeichel, it was no longer bordering on bad taste, it was dreadful.

The referee, both sets of players, the medical staff and, of course, those who treated Eriksen at a nearby hospital must be applauded. Less so the directors and execs at the TV stations.

Cameras zoomed in on the faces of Eriksen's shocked teammates, some were in tears. Others pale and waxy.

When Eriksen was wheeled off the pitch, hidden behind a blanket, the broadcast ended.

And the speculation began.

Now, two days later, he is relieved (as are millions) that Eriksen's condition has improved. The ludicrous decision to play the game the same day aside, both the Finnish FA and the Danish federation have handled things well.

We all hope, however unlikely it seems, that Eriksen gets to play on again. 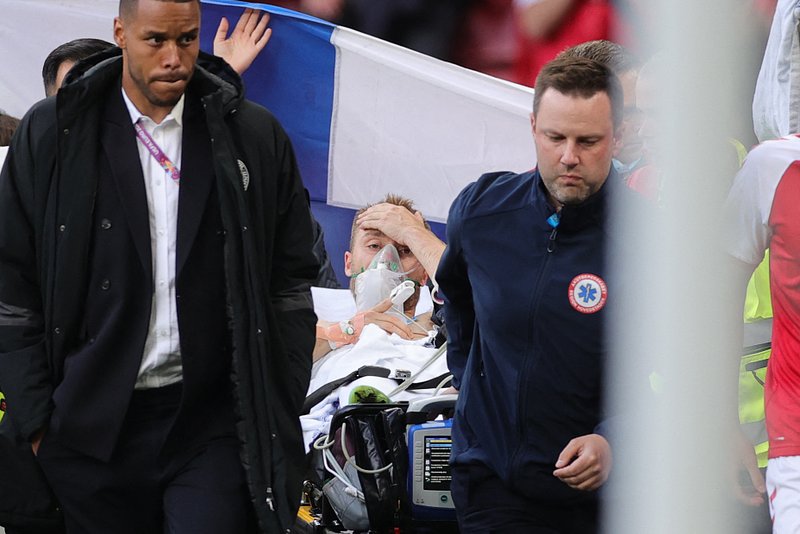 This past year has been a tough one for the kids. From my son's viewpoint, Covid-19 has robbed him of a vast swathe of typical childhood experiences, yes his FIFA rating is vastly improved but I am still petrified of how the ongoing effects of the pandemic will unfold on his generation.

My sons' school was in direct proximity to the carnage of the Trier horror drive in 2020, and then, at the weekend, it was entirely possible he was watching his hero die, live on TV.

These days, children are but a few well-placed ads away from incredibly sensitive material

As a parent, there are so many filters we need to be using, so many memes to stay ahead of. The upswing in the usage of media channels such as TikTok, Snapchat and Insta mean that is increasingly difficult to shield children from that which is for more 'mature' eyes.

But then I remember watching Robocop, Aliens, Jaws, Nightmare On Elm Street etc as a wide-eyed 10/11-year-old and the thrills of illicit hokey CDs.

I remember kids playing GTA from the age of 6. I remember arguing with parents about Fortnite being unsuitable for 8 year-olds (my youngest is a fanatic, he is 11).

These days, children are but a few well-placed ads away from incredibly sensitive material. Aggressive marketing and data-sharing means they have fewer places of refuge, bombarded as they but the latest must have.

Further, the internet is awash with ADHD inducing distractions that can swiftly become far worse than the insidious trappings.

If the corporations that supply the images and info in the name of entertainment will only add failsafes and caveats after the facts, it is up to us to step up, learn and educate.

Children are only children once.