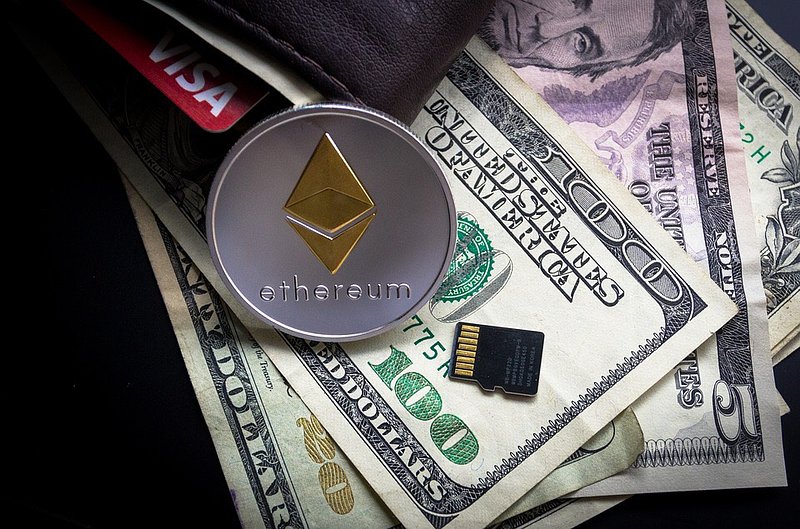 Cryptocurrencies and their underlying technology – the blockchain - have been dominating the news for some time.

There is growth in market share and wider popularity and use of crypto assets. More companies and businesses accept cryptocurrencies as a way of payment. Through acquired knowledge, and trial and error, more investors in cryptocurrencies feel comfortable navigating the cryptocurrencies market. Blockchain technology and blockchain-empowered solutions are revolutionising value-exchange mechanisms. It is a challenge to traditional ways of conducting financial operations and to government-issued currencies backed by central banks. It is no longer possible to ignore or minimise the presence of cryptocurrencies in the global market. The question is – what are potential effects of cryptocurrencies on the global economy? Here are some points to consider.

The US Dollar is the world’s dominant currency and the reserve currency of the global economy. It is the key in the centralisation of the global market. Any negative developments in the US financial market resonate throughout the world.

Monetary policy of a state is a carefully thought-through policy which affects money supplies, currency exchanges and interest rates. This has effects on, among other things, the country’s rate of inflation and unemployment rate. The values of cryptocurrencies are not tied to any national currency and no government has monopoly over or controls cryptocurrencies. If people start depending on cryptocurrencies rather than national currencies, countries and their economies could be affected by actions of random participants in the cryptocurrency markets with no knowledge, consideration or interest as to what effects their cryptocurrency-related decisions may have. This, arguably, could put in question economic independence of countries.

On the other hand, government-backed cryptocurrencies could become a reality. A country may also create its own cryptocurrency to develop autonomy from the world financial system. A joint cryptocurrency could also be envisioned to be utilised among countries participating in a trade bloc.

Conventional banking stands to be affected by cryptocurrencies. For decades, banks’ traditional roles have been storage of money, credit-granting and clearing (as time is needed for transactions to clear). Transactions have been based on either cash or credit, on trust relationships, with banks playing an important role of the intermediaries, with corresponding fees.

Blockchain-based solutions expose technological limitations of the old system, put in question the need for “traditional” banking and remove banking barriers. There is no need to store cryptocurrencies – they are weightless and require no physical space for storage. The cloud on the blockchain and the personal digital wallet with double-key cryptography do the job. There is no need for bank accounts, trust relationships or clearing services, as, with cryptocurrencies, there are no trust relationships, and no personal identification or credit history is needed. Blockchain technology enables people to use this spaceless and weightless money, with transactions cleared as they are made, with very low fees and more options regarding conversion rates. No middleman is required to authorise and authenticate cryptocurrency transactions, as they are based on security, anonymity and privacy. With no access by third parties to information, the risk of identity theft is minimised. Since cryptocurrencies cannot be counterfeited, possibilities of fraud are reduced. Money is sent from one party to another without a financial institution as an intermediary, anywhere in the world, with the physical locations of the parties involved bearing no effect on the speed or the cost of the transaction. In addition, since cryptocurrency is decentralised, no government, authority or bank has control over it, can freeze the account or seize it. With recent instability and negative developments in some economies, cryptocurrency may be an attractive alternative to the traditional banking system.

Would there be a new role for banks? Most likely. One could envision emergence of cryptocurrency-based banks, which would issue digital cash which could be redeemed for cryptocurrency. One also cannot disregard the role of banks in international money transfers, where banks use the SWIFT (Society for Worldwide Interbank Financial Telecommunications) network - a secure network for financial institutions to exchange information as part of the authentication process - to prevent money-laundering, financing of terrorism and drugs-related activities. As it is hard to trace cryptocurrency transactions and authenticate their participants, safeguards need to be put in place against unlawful activities, regardless of how the role of banks in the cryptocurrency world evolves.

ICOs allow projects, especially in technology-based businesses, to get in active development through tokenising ideas to secure investments. It is an engine for new businesses and opportunities, particularly for smaller businesses. In addition, as companies with publicly-traded stocks develop ties to cryptocurrencies, it will further increase the exposure of cryptocurrencies to and their integration into the global market, with corresponding effects on the global economy. One could also anticipate creation of a new workforce – people with experience in blockchain and cryptocurrencies - to accommodate the growing demand for such skills in the market.

Cyberspace as the New Global Market

The above points only scratch the surface in an attempt to assess potential effects of cryptocurrency on the global economy. Cryptocurrency, through its revolutionary features and functions, is changing the way we transact. It is revolutionising the concept of money. It offers an alternative to inefficient, expensive and outdated systems. It is a global phenomenon. It is the future of a new financial world which is becoming reality.

It will take some time for cryptocurrency to go from tech enthusiasts to mainstream and widespread acceptance, to replace traditional currencies and credit cards and to become the currency for global commerce. Cryptocurrency market is still young and quite volatile, with certain real risks associated with investing and transacting in cryptocurrencies. The great degree of anonymity of cryptocurrency transactions may be seen by some as contributing to fraudulent and illegal activities. Mining cryptocurrencies requires enormous amounts of power, with potential environmental implications. It also remains to be seen how regulating the crypto market would affect cryptocurrency value.

There is no doubt, however, that cryptocurrency – and its underlying technology, the blockchain – have great potential and are the future of innovation. It is also clear that cryptocurrency will have further impacts on the global economy, on economic and political environment. It is not a question of “if”, but a question of “how significantly” and “how fast”. It is an exciting time full of opportunities.

Antonio del Rio is the Student Leader of the Cryptocurrency Club of the International School of Luxembourg.