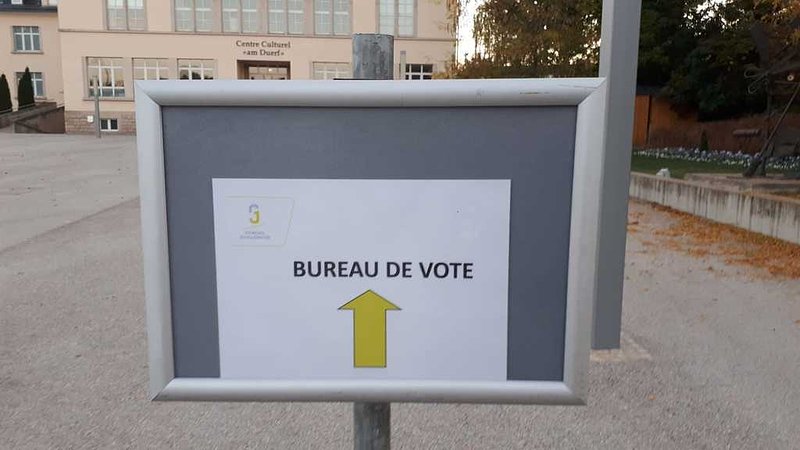 On Sunday 14 October, Luxembourgish citizens went to the polls to vote for the next Chambre des Députés and government for the next five years.

An impressive turnout, certainly, except for the fact that, according to STATEC, Luxembourgers only make up 52.1% of Luxembourg’s population.

My colleague Sarah Cames has already written about the benefits of mandatory voting, and in this opinion piece I will focus on a different aspect of suffrage in Luxembourg: I believe that non-citizens should be able to vote in general elections. This suggestion likely incites a sense of déjà vu, especially given coverage of the current coalition government’s legacy. After all, that very question was the main point in the constitutional referendum on 7 June 2015. The voters overwhelmingly voted against the proposal, which read as follows:

“Do you approve of the idea that residents without Luxembourg nationality should have the right to optionally register on electoral lists in order to participate as voters in the elections to the Chamber of Deputies, on the double condition that they have resided at least ten years in Luxembourg and that they have previously participated in European or municipal elections in Luxembourg?”

To the surprise of the government, 78.02% of the electorate rejected that proposal. As a reminder on the specific party positions, the government coalition parties all advocated voting yes to the proposal, while the CSV recommended voting against it and for voters to make an informed decision, and the ADR (surprise, surprise!) was staunchly against the suggestion.

We are at a point in Luxembourg where the population is nearly split 50/50 between non-Luxembourgers and Luxembourgers. This does need to be taken with a pinch of salt in light of the number of dual citizens who count as both Luxembourgish and non-Luxembourgish in statistics. This “Donkelziffer” may change the statistics listed above, but the fact remains that a significant portion of Luxembourg’s residents cannot vote on the makeup of their government.

My argument for enfranchising aliens has two tenets: one, the political horizon in 2018 in Luxembourg is much different to that in 2015. Following the election reporting, it is clear that politics in Luxembourg is gaining traction amongst those who cannot vote. This is evidenced by the willingness of party leaders to be interviewed in English, despite the fact they are clearly more comfortable communicating in the language that their voter base is fluent in, Luxembourgish. There is also a clear interest in these kinds of interviews and information about politics in English.  I can’t speak for any other publications (and even the fact that there are multiple publications in English reporting on the elections speaks to a stronger interest), but on RTL Today, our articles about the elections, and especially the interviews garner a lot of interest. All this shows that those who speak English – granted, some of those could be Luxembourgers curious about coverage in English– are interested in the country’s political landscape. Yet, they can’t participate in general elections because they do not have the right to vote.

At this point, it is worth addressing that they could simply apply for and acquire Luxembourgish citizenship. That is true, but, and this is the second tenet of my argument, I don’t think you need to have citizenship in a country to have the right to vote. This is an unpopular stance to have, as currently only New Zealand and Uruguay allow permanent residents to vote, under certain conditions. On the Wee 2050/Nee 2015 anti-alien suffrage grassroots website, one of the main arguments against allowing non-citizens to vote is the alleged threat to Luxembourg’s sovereignty. I find these types of arguments frankly outdated. Nationalism had its uses in the 19th century and, perhaps more importantly (in my opinion, at least), in anti-colonial movements that led to independence in former colonies. In 2018? Not so much. I believe nationalism nowadays is in many cases used to justify hostility towards others.

Our world today is increasingly globalised and experiences a near constant exchange of ideas and people. Even the concept of citizenship itself can be questioned – philosopher James Tully questioned our current paradigm of citizenship and proposed the notion of diverse forms of citizenship. Tully’s thesis is complicated, but the takeaway is that we should stop limiting our definitions of ourselves to our nation-states.

I believe you should be able to differentiate between your cultural identity/nationality and the place you make your home. You may cling on to your national identity for sentimental reasons, but be distanced from that country in many ways.

This issue has been debated in the European Parliament recently, as six member-states (Cyprus, Denmark, Germany, Ireland, Malta, and the United Kingdom) of the EU systematically disenfranchise their citizens choosing to live abroad. Cecilia Wikström, who submitted the proposal, said this: “The main justification for disenfranchisement, that citizens living abroad no longer have sufficient links with their home country, seems completely outdated in the globalised world of today. We are interconnected with each other.” I would take Wikström’s argument and extend it towards suggesting that non-citizens should be able to vote in the country they have made their permanent residence. They may keep their other nationality as a means of tracking their heritage, but they pay tax in their domicile and contribute to society in many ways all while remaining unable to vote in parliamentary elections.

Non-citizens voting will not introduce concepts such as abolishing Luxembourgish as a language or making the Chambre des Députés hold its debates in English rather than Luxembourgish. This is more where news outlets such as RTL Today come in: we translate and report on political issues for our audiences.

Luxembourg is international in so many ways without compromising its history and cultural heritage. And indeed, its increasingly international stature becomes part of its heritage. Finally, I believe there is an assumption inherent in suggesting non-citizens apply for Luxembourgish citizenship in order to vote. It is not particularly easy to learn a language as you get older. According to linguists, the optimal age to effectively learn a new language is 17 or 18. The Luxembourgish test is hardly the most difficult of tests, but it may not be sufficient for these new Luxembourgers to follow politics adequately.

Luxembourg is defined by its very multilingualism and political parties are certainly aware of the need to protect the linguistic status of Luxembourgish. In a world where talk of closing borders is increasingly prevalent, perhaps a move to openness could be powerful.

Nathalie Lodhi is a freelance translator for RTL Today and occasional journalist living in Edinburgh.