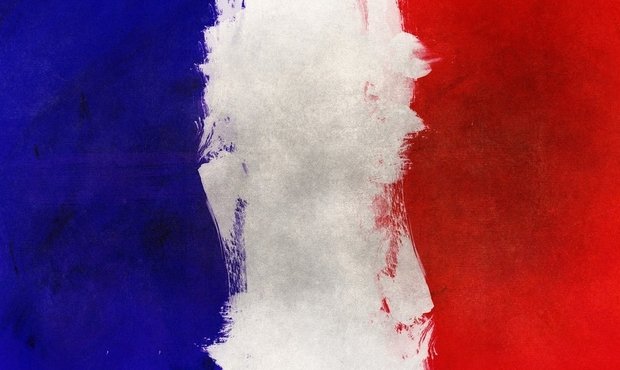 What you see above is the French flag, with some artistic licence taken as regards the delineation of colours. / © Comfreak, Pixabay

A 2018 survey by the ministry of education revealed – a term that I am pushing to its very limits in this context – that French is the dominant language in Luxembourg. The complete lack of surprise which failed to shake the nation was anything but palpable.

The findings suggested that 98% of the population speak French, which I am pretty sure means that I am the only person who does not. By contrast, a relatively meagre 77% of the population speak Luxembourgish. This is a pretty peculiar situation to be in, and only the bravest among us would dare consider how the English Defense League might react if a similar survey showed that Polish had become the dominant language in the UK. Lonsdale sales would be through the roof as they prepare for battle. An unfair comparison, perhaps, but it does show that Luxembourgers are astoundingly linguistically tolerant.

Dominance of French aside, a small majority of those surveyed said that Luxembourgish should be the main language of integration, and nearly 4 in 5 want to see the language further strengthened. I assume this means that they want more people to speak it, rather than yearning for the implementation of more complex and exacting grammar rules – though perhaps that’s the secret to the French language’s success. One would certainly be hard pushed to come up with a way of making verbs more mind-bogglingly perplexing, and perhaps that’s part of the appeal.

The results look quite different if broken down according to nationality, however. 70% of Luxembourg nationals responded that Luxembourgish should be the main language of integration, while 67% of non-nationals said it should be French. This reveals a fundamental point of contention among the Grand Duchy’s residents.

On the face of it, it’s hard to argue that French isn’t the more logical choice. You will almost certainly have a better rate of success asking for lait (I had to look that up) in any non-Cactus supermarket than you would asking for mëllech (that one I knew). Beyond the importance of hitting your recommended daily intake of calcium – and no one wants brittle bones – French is also frequently listed as a vital language in job advertisements, Luxembourgish less so. Not to mention the fact that many cross-border workers are from francophone countries. In short, there is no getting around the fact that knowledge of French is a definite advantage if living in Luxembourg.

But should this be a question of logic? The government has made it clear that the survival and growth of Luxembourgish is a priority, and have set out a strategy to that effect. Personally I find it hard not to side with the Luxembourgers. While younger generations (pretty much) all speak French, it is not their native tongue. The dominance of French means that many expats neither need nor particularly want to learn Luxembourgish, and to my mind this will always create a rift. If engaging with expats means that you constantly have to speak a second or third language, I for one would be less inclined to make the effort.

Whether the strategy will work and Luxembourgish become the de facto language of integration remains to be seen. It seems quite unlikely to me, but stranger things have happened (as has stranger things 2, which wasn't quite as good as the first one). To my mind, better integration will always be an uphill struggle if expats don't make the effort to learn the local language.

As a final and highly biased remark, if we're going to have a language of integration that isn't Luxembourgish, I vote for English.