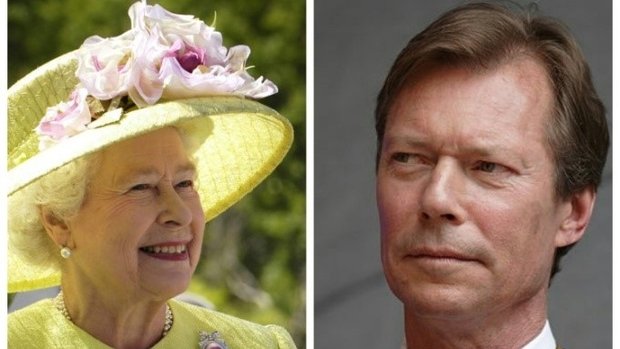 This week's article by British Ambassador to Luxembourg John Marshall explores the royal relationships between the United Kingdom and Luxembourg.

This week we celebrate the Official Birthday of Her Majesty The Queen. And next week we will celebrate the Official Birthday of Grand Duke Henri on 23 June, Luxembourg’s National Day. For neither of course is it their actual birthday. Both were born in April: Grand Duke Henri on 16 April and The Queen on 21 April.  Not surprisingly, given the intermarriage among European Royal families, the two are related.  Grand Duke Henri is Queen Elizabeth’s 3rd cousin once removed. Both are descended from Christian IX of Denmark  Put another way Queen Elizabeth’s great-grandmother, Princess Alexandra of Denmark (wife of Edward VII) was the sister of King Frederik VIII of Denmark who was the great-great grandfather of Grand Duke Henri.  Christian IX was the father of Princess Alexandra and King Frederik.

Back in the 14th and 15th Centuries, the links between the House of Luxembourg and English royalty were even closer. Anne of Bohemia (1366-1394), daughter of Charles IV, married the 15-year-old King Richard II. It was an unpopular but apparently happy marriage. Jacquetta of Luxembourg (1415/16-1472), daughter of Peter of Luxembourg, married John of Lancaster, 1st Duke of Bedford, the younger brother of Henry V but he died two years later. She subsequently married Richard Woodville, bearing him 14 children. She became mother-in law to the King of England when her eldest daughter, Elizabeth Woodville, married Edward IV. 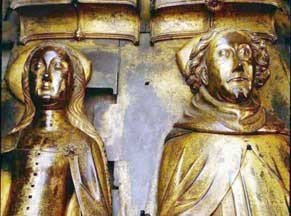 As far as I know, only two British monarchs have visited Luxembourg. The Queen paid a State Visit to Luxembourg in 1976, four years after Grand Duke Jean made a State Visit to the UK. And in 1697 the last Roman Catholic King of England, Ireland and Scotland James II (known as James VII in Scotland), who was deposed in 1688, visited Echternach at the invitation of Abbé Zender.  The line of descent from James II is known as the Jacobite succession. Luxembourg has married into this too! Princess Antonia of Luxembourg, younger sister of Grand Duchess Charlotte, was married to an heir in the Jacobite succession, Rupprecht, Crown Prince of Bavaria.  One British King was also Count of Vianden! This was William III, better known perhaps as William of Orange, who succeeded the deposed James II as co-Monarch with his wife Mary, James II’s daughter. 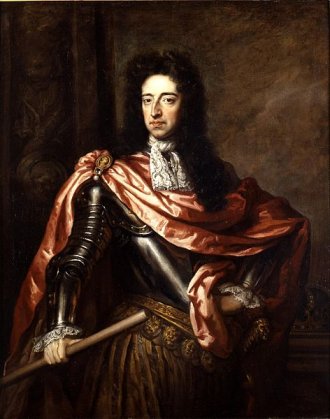 No Luxembourg monarch has had stronger links to the UK of course than Grand Duke Jean who sadly passed away on 23 April.  He was educated at Ampleforth College in Yorkshire from 1934-38. Most famously, he volunteered for the British Army in 1942, joining the Irish Guards. Having completed his officer training at Sandhurst he participated in the Normandy Landings, the Battle of Caen and the liberation of Brussels and wore his British Army uniform for the liberation of Luxembourg on 10 September 1944. In 1972, he was made a Stranger Knight of the Most Noble Order of the Garter, our most prestigious order of chivalry, which was established in 1348.

In 1984, the Queen approved the appointment of Grand Duke Jean as the Regimental Colonel of the Irish Guards and, in that capacity; he would participate in The Trooping of the Colour, the annual celebration of the Queen’s Birthday, and in the St. Patrick’s Day event when shamrock is handed to the Guardsmen. In one of my favourite photos of Grand Duke Jean, he is sat between The Queen and The Queen Mother on St. Patrick’s Day wearing shamrock in his cap. 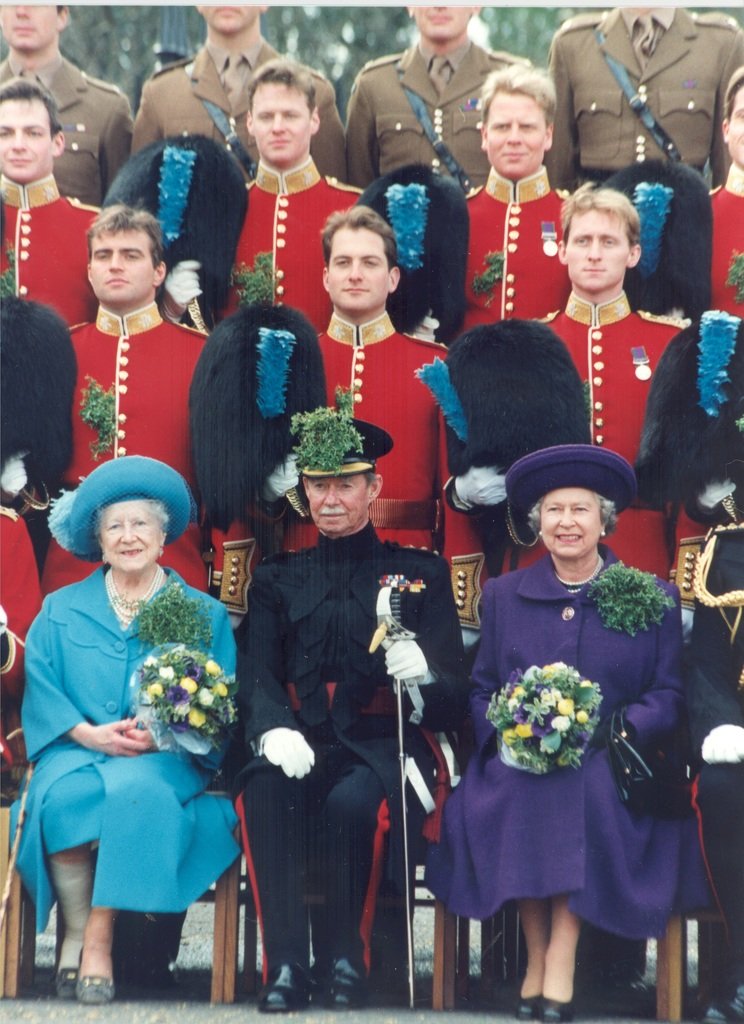 Grand Duke Jean attending St Patrick's Day celebrations in his capacity as colonel of the regiment of the Irish Guards, sitting between the Queen Mother and the Queen.

Grand Duke Jean served as Colonel of the Regiment for sixteen years and was made an Honorary General in the British Army in 1995.   HRH Grand Duke Henri followed in his father’s footsteps by receiving his officer training at the Royal Military Academy Sandhurst in 1974/5. TRH Hereditary Grand Duke Guillaume, Prince Félix and Prince Sébastien also studied at Sandhurst with Prince Sébastien going on to serve in the Irish Guards for a year. He is one of four grandchildren of Grand Duke Jean – the others being Archduke Alexander of Austria, Prince Wenceslas of Nassau and Prince Josef-Emmanuel of Liechtenstein – to have served in the Irish Guards. 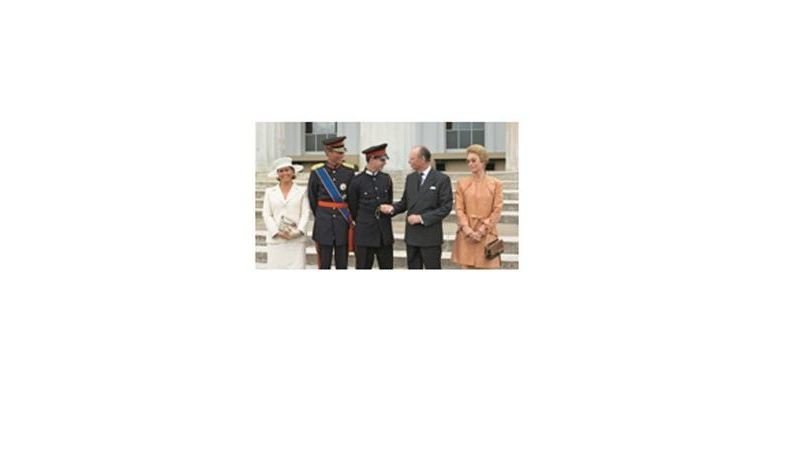 The Grand Ducal Family at the Royal Military Academy Sandhurst on Completion by HRH the Hereditary Grand Duke Prince Guillaume of his Officer’s Training. / © Guy Jallay

--
John Marshall has been the British Ambassador to Luxembourg since April 2016. Previously he was British Ambassador to Senegal and non-resident Ambassador to Cabo Verde and Guinea-Bissau. He has also been posted as a diplomat to Japan, Malaysia and Ethiopia.  He is a keen marathon-runner, speaks some Luxembourgish, and enjoys discovering the UK and Luxembourg’s shared history. #LuxUKLinks began as a series of tweets looking at the links between Luxembourg and the UK. These evolved into an exhibition, which toured communes, schools and museums around Luxembourg, and a book.