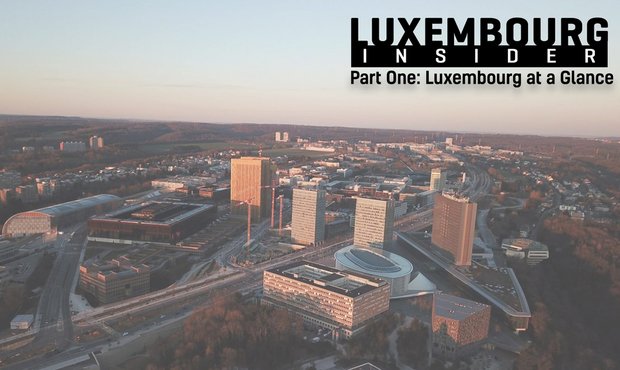 Regardless of whether you are hopping across the border to a neighbouring country or moving halfway across the world, the decision to change countries and become an expat is not one to take lightly. Settling in to a new country can be both difficult and time consuming, and you will often find the process more arduous than you might have initially expected – I most certainly did. As such it’s important to have a clear (and realistic!) idea of what to expect before you make the move and – this is the boring part, so brace yourself – the administrative and bureaucratic requirements associated with moving.  I, for one, severely underestimated just how long it would take to get set up with all the local government instances upon my arrival to the Duchy..

So the bad news is that at some point you will have to familiarise yourself with, for instance, how to sort out your ‘déclaration d’enregistrement d’un citoyen de l’union’ (if moving here from within the Union). The good news is that I won’t be going into that much detail quite yet – after all, this article is aimed at those of you who have not yet decided whether a move to the Grand Duchy is a good fit.

Given that Luxembourg is one of the smallest countries in Europe it should come as no surprise that its population is similarly tiny. As of January 2018, around 602,000 of us were either born here or have since made Luxembourg our home. The population is quite evenly distributed between men (50.3%) and women (49.7%) and, with Luxembourgers only just in the majority, highly diverse.

Breakdown of population by nationality 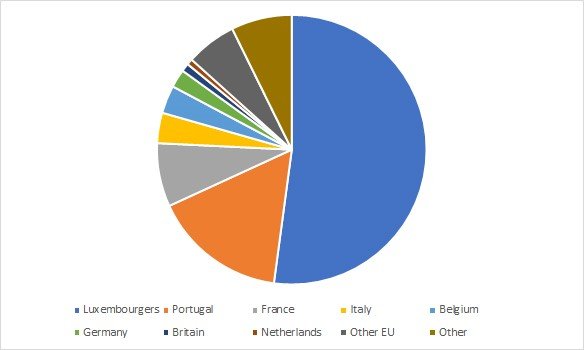 As you can see, Luxembourgers are nearly outnumbered by expats – and if current trends continue, which the data I looked at suggests that it will, they will soon be in the minority.

Speaking the local language tends to be of rather fundamental importance when it comes to meeting people, integrating, and working in a new country. This is somewhat complicated in Luxembourg given that it is in the fairly unusual position of having not one, but three official administrative languages – Luxembourgish, French, and German. The good news is that you will not need to speak all three of them, and you can in fact (largely) get by with just English if you find a job with no additional language requirements (which is rare – but I managed, so there’s hope!). With that said, learning at least one of the three languages will be important for social and administrative reasons.

Which language to focus on first is a bit of a contentious issue in Luxembourg. The government has made it clear that they want to solidify the importance of the Luxembourgish language, which has to a large extent been superseded by French as the de facto language of integration. A recent study by the ministry of education found that French is the most commonly used language amongst foreigners living in the Duchy (69,2% reported using it on a regular basis), followed by Portuguese (41,3%), Luxembourgish (32,2%), English (26%), and German (24.1%). By means of contrast, 96,4% of Luxembourgers use Luxembourgish regularly, followed by French (46.6%), German (35,1%), and English (21,5%).

So what does this mean? For the time being, your best bet is probably French. It’s spoken by a majority of the population, and will help you both on a social level, at work, and administratively. With that said, Luxembourg’s large expat community is quite poorly integrated with native Luxembourgers, and language is a contributing factor. So let’s say French first, but do learn Luxembourgish as well if you intend to stay.

..or you can do what I did, and enrol in Luxembourgish straight away while putting the (much more difficult) French classes on the backburner. It certainly made finding a job here far trickier, not least in communications, but on the plus side I can pronounce Schuberfouer with confidence.

Income and cost of living

Luxembourg boasts high average salaries and excellent quality of life, which of course explains why so many people are drawn here – assuming it wasn’t the average of 20 rainy days per month between November and January that did the trick. However, higher salaries and a growing population also mean that certain aspects of life are far more expensive here than they may be elsewhere. According to data from Statec, the national statistics institute, the average gross salary in Luxembourg in 2016 was €55,875, which breaks down to €59,569 for men and €51,967 for women. The median income is lower, at €35,270 in 2015 according to Eurostat. What you can expect to earn will vary considerably depending on your qualifications and experience, and the industry within which you find work. 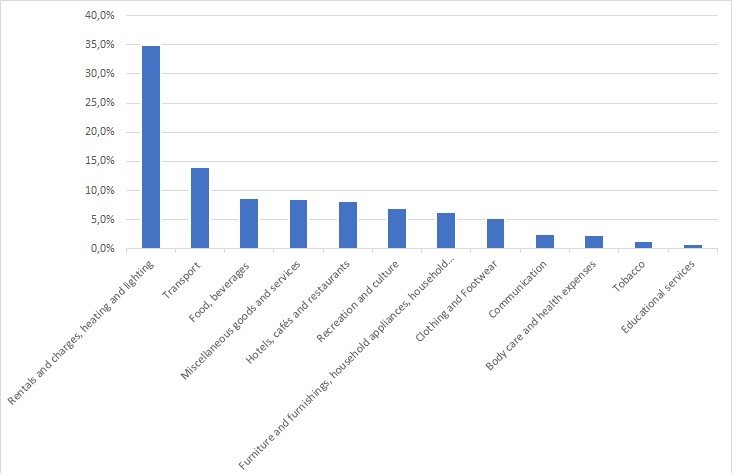 As a personal account, my partner and I pay €1,550 per month in rent and ‘charges’ (water, electricity, cleaning of communal areas) for a 2-bedroom flat of around 90 square metres in Lorentzweiler. The flat is about 15 minutes from the city by train, or a 15/20 minute drive from Kirchberg/the city respectively. Food usually amounts to around €350-400 per month, but would likely increase by quite a bit if we were to shop in the more expensive supermarkets such as Cactus. Living off of €2,707 per month for the two of us would be possible, but very tight and would necessitate lifestyle changes.

In summary, Luxembourg is a small but highly diverse country. Given the size of the population, it’s probably not the place for you if you require an active nightlife scene to be happy (in fact, younger expats often express frustration over how quiet the city is). Pay is generally very competitive on an international scale, but housing and social security are quite expensive. It’s a great place for settling down into a more quiet lifestyle, and is ideally located for anyone who wants to explore nearby countries such as France, Germany, Belgium or the Netherlands, all of which are easily accessed by car or public transport.